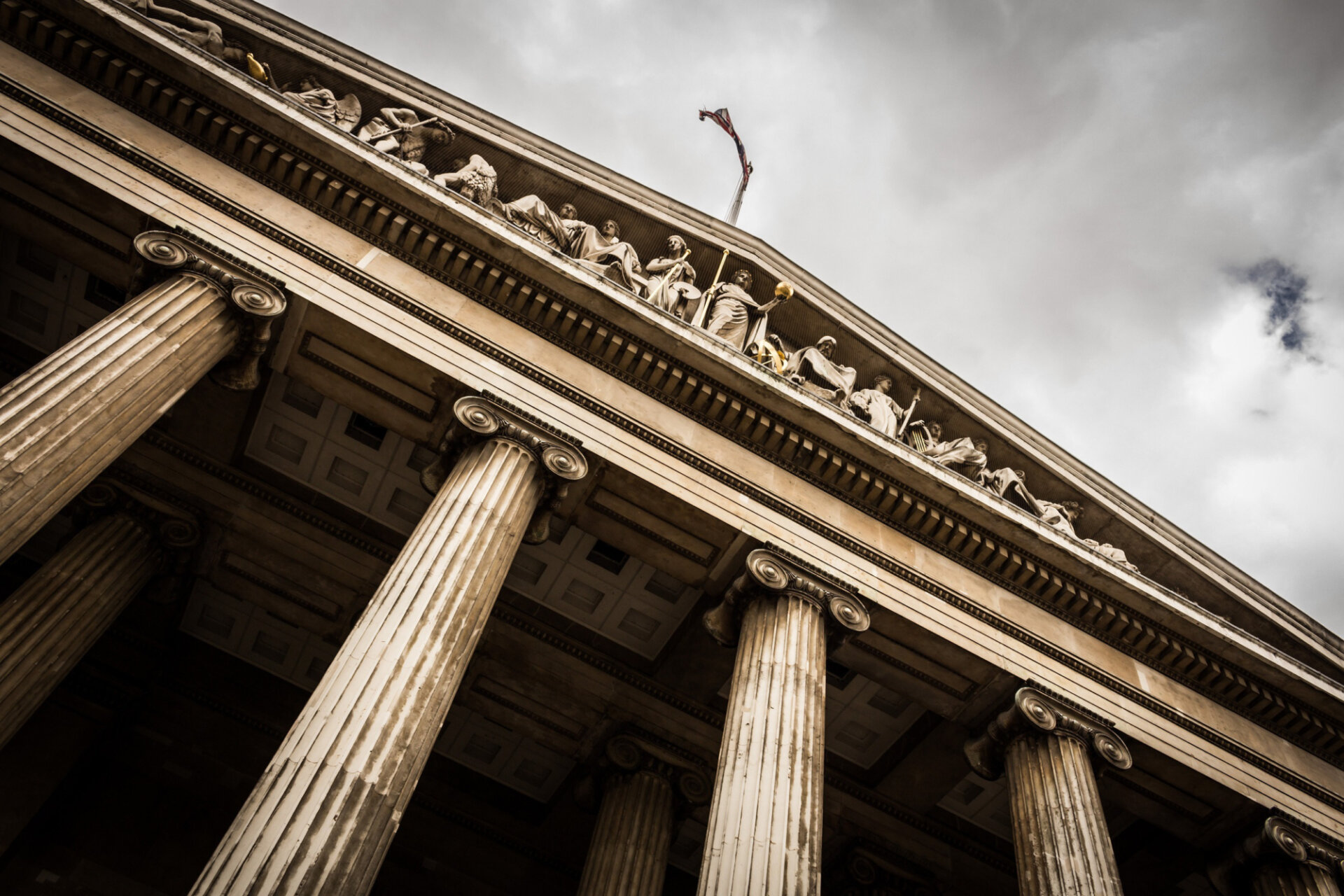 In a case receiving widespread national interest involving the Roslyn School District embezzlement scandal, Nassau Supreme Court Justice Alan L. Honorof ruled on Jan. 3 that it was unnecessary to determine whether New York's statutory marital privilege applies to same-sex couples because the privilege does not apply at all to communications that relate to participation in a criminal venture. People v. Signorelli, Indictment No. 1289N-05.

Although the closely watched decision was seen by many as a potential test case for applying marital rights on a so-called gender neutral basis, Justice Honorof relied on a recognized exception to the marital privilege, rendering the novel privilege claim moot.

While it is often thought that the marital privilege prohibits a spouse from testifying at all against, or relating to communications with, the other spouse, there are a number of well-accepted limitations on the scope and application of this statutory privilege.

Based on long-standing exceptions and limitations, the privilege is often unavailable in many contexts in both criminal and commercial litigation.

Thus, within the very definition and underlying purpose of the privilege are inherent limitations. For example, 'daily and ordinary exchanges' between spouses are not protected because the privilege encompasses only communications 'which would not have been made but for the absolute confidence in, and induced by, the marital relationship.' People v. Melski, 10 N.Y.2d 78, 80, 217 N.Y.S.2d 65, 67 (1961).

People v. Mills provided a rather graphic example of a communication that was not prompted by the confidential bonds of marriage and therefore beyond the scope of the privilege. In Mills, the defendant-husband was charged with killing a 12-year-old boy. 'Defendant's wife gave a statement to the police in which she described how defendant was choking and threatening her while he told her about the crime,' exclaiming 'that he was so mad that he could kill her 'just like he did with that kid.''

Under these circumstances, the Court of Appeals affirmed the lower court's refusal to exclude the wife's testimony, ruling: 'Communications or threats made during the course of physical abuse are not entitled to be cloaked in the privilege because the maker of the statement is not 'relying upon any confidential relationship to preserve the secrecy of his acts and words.''

Moreover, communications made while others are present are presumed not to be 'confidential' and thus not encompassed within the privilege. People v. Melski, supra.

In addition to the inherent limitations on the scope of the privilege itself, there are a number of well-recognized 'exceptions' to the marital privilege. It was in the criminal context that Justice Honorof relied upon one of the long-standing exceptions.

In the Roslyn case, the former superintendent of the Roslyn School District, Frank Tassone, pled guilty to two grand larceny charges, and agreed to return $2 million and to cooperate with the district attorney's investigation against all other targets.2 One of the targets was Stephen Signorelli, principal of a company that prepared and printed handbooks for the district, and accused of padding invoices with the assistance of Mr. Tassone.3 Mr. Signorelli alleged that the marital privilege prohibited Mr. Tassone from testifying against him because, for practical purposes, the two were in the equivalent of a marital relationship, having registered as 'domestic partners' and participated in a 'commitment ceremony' during a Caribbean cruise.

In People v. Signorelli, Justice Honorof determined that he would only need to decide whether the marital privilege applies to 'same sex domestic partners' if the privilege would otherwise apply to the facts of the case in the traditional marital context. Justice Honorof then noted that a 'recognized exception to the longstanding rule of spousal privilege is when spousal communications relate to their joint participation in a criminal venture,' continuing that ''[t]he privilege does not extend to communications between spouses in which they are jointly advancing a criminal conspiracy or aiding each other in the commission of an on-going crime.' People v. Watkins, 63 A.D.2d 1033 (2nd Dept. 1978), cert. den. 99 S.Ct. 575.'

Applying this exception to the facts of the case, the judge found that 'both the Grand Jury testimony as well as the plea minutes of Frank Tassone make clear that Tassone's testimony relates to an ongoing crime in which he and the defendant allegedly were co-conspirators.' Thus, the Court denied Mr. Signorelli's motion to preclude Mr. Tassone's testimony, finding it was unnecessary to reach 'the question of whether spousal privilege applies to same sex relationships.'4 (Mr. Signorelli subsequently pleaded guilty to second-degree grand larceny on Jan. 18.)

Although the marital privilege applies to deposition5 as well as trial testimony, other well-recognized exceptions are particularly relevant to civil proceedings and specifically in the context of commercial litigation.

Similar to the exception involving the commission of a crime cited by Justice Honorof, in the civil context, courts have recognized an exception to the privilege where the communication was in furtherance of a fraud. G-Fours, Inc. v. Miele, 496 F.2d 809 (2d Cir. 1974)('To the extent that the [husband and wife] have attempted to conceal their assets from plaintiff, therefore, we think New York would follow the lead of other jurisdictions which have held that the marital privilege is not available to refuse disclosure of communications designed to perpetrate frauds on third parties.'); see also In re Donald Sheldon & Co., Inc., 191 B.R. 39 (Bankr. S.D.N.Y. 1996).

Although counsel often broadly assert the marital privilege during depositions to prevent questions of a spouse relating to various commercial transactions, the privilege is unlikely to apply to ordinary business conversations in most commercial cases. See Prince, Richardson on Evidence § 5-404 (11th ed., Farrell 1995)('Discussions between spouses of ordinary business matters are not privileged.').

In one of the first cases on the subject, in Parkhurst v. Berdell, 110 N.Y. 386, 393-394, 18 N.E. 123, 127 (1888), the Court of Appeals ruled that in an action for an accounting of property misappropriated by the defendant-husband, the trial court did not err in accepting the testimony of the wife involving 'ordinary conversations, relating to matters of business' because there was no indication that the husband considered such matters to be part of the marital confidence.

Following this lead, several courts have found that conversations between spouses involving various business affairs are not protected by the marital privilege. In Norris v. Lee, 136 A.D. 685, 121 N.Y.S. 512 (2d Dept 1910), for example, the Second Department ruled that defendant-husband's letter to his wife that he would pay off a note to his mother-in-law as soon as he obtained the necessary funds was not privileged, relying upon Parkhurst's exclusion of 'ordinary business' affairs. Similarly, in Grossman v. Lindemann, 67 Misc. 437, 439, 123 N.Y.S. 108 (App. Term 1910), the court held that it was error to exclude testimony of the wife concerning her husband's gift to her of interest on a promissory note because the communications 'were business communications and not confidential, nor induced by the marital relation.'

In an action in which a wife refused to answer interrogatories regarding her husband's assets, the Second Circuit surveyed New York law as to the applicability of the marital privilege to business affairs in G-Fours, Inc. v. Miele, 496 F.2d 809 (2d Cir. 1974). After noting the Court of Appeals' holding in Parkhurst, and the Court's subsequent characterization of its holding as 'the ordinary business matters exception,' the Second Circuit observed that 'on the infrequent occasions when they have been called upon to decide the question, the lower state courts have evinced a general disinclination to apply the privilege to business and financial communications. . . . Under the New York decisions, then, the inquiries here into such matters as the existence and location of [the husband's] bank accounts and his ownership and transfer of property would not seem to invade the marital privilege.'

In Securities Settlement Corp. v. Johnpoll, 128 A.D.2d 429, 431, 512 N.Y.S.2d 814, 816 (1st Dep't 1987), the court affirmed the denial of a wife's motion to quash a subpoena served in aid of post-judgment proceedings against the judgment-debtor husband, holding that 'no marital privilege would attach to the ordinary business records sought here and testimony as to 'ordinary business matters' of a spouse.'