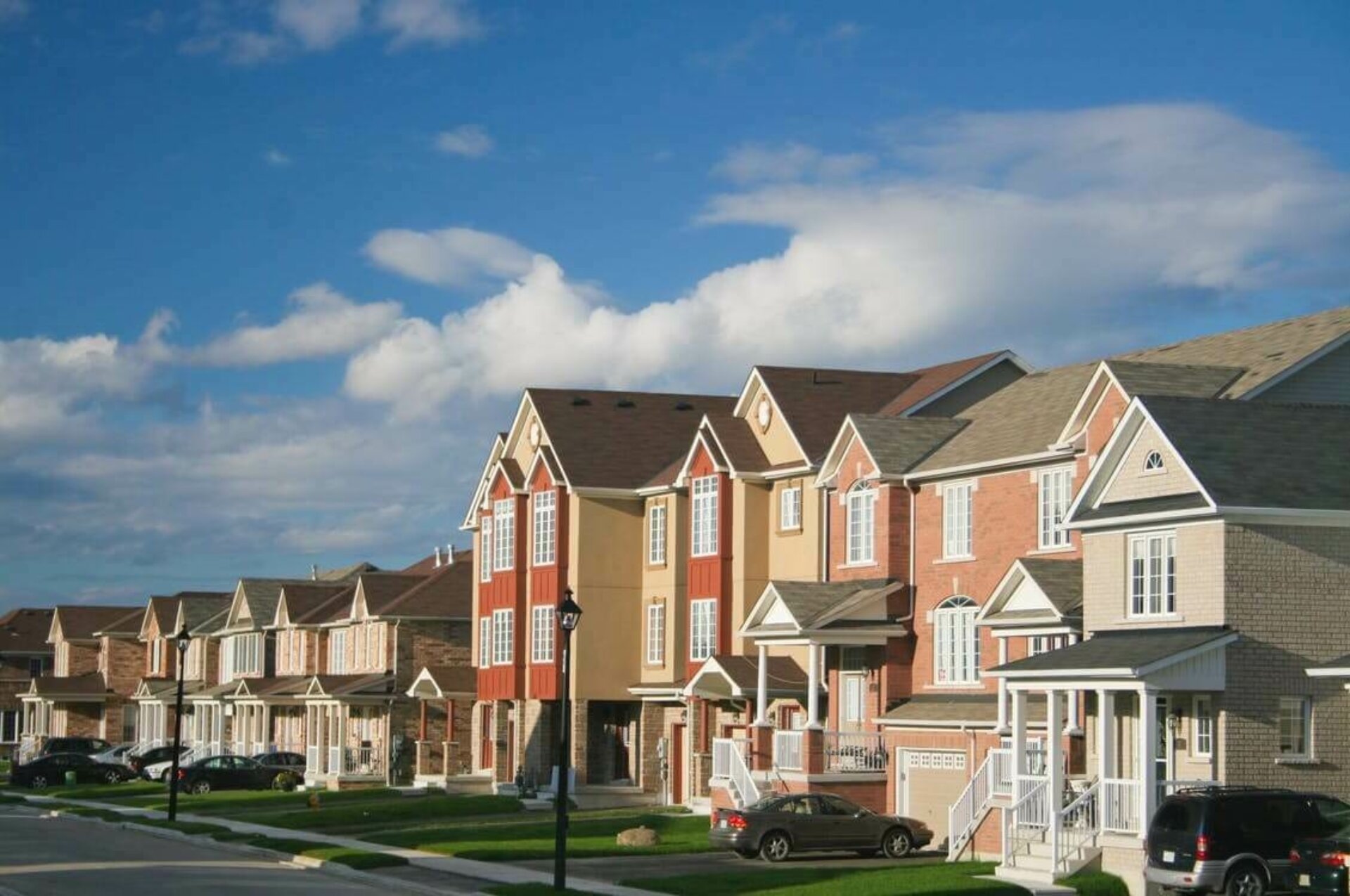 Michael Antongiovanni Authors, "The Difficulty of Obtaining Recourse Against a Seller of Real Property Post-Closing"

Home ownership has long been a part of the American dream. For some, that dream quickly turns into a nightmare when it becomes apparent that they purchased a “lemon” of a home. As the Appellate Division, Third Department, reminded us in the case Kazmark v. Wasyln, 167 A.D.3d 1386, 91 N.Y.S.3d 560 (3d Dep’t 2018), it is difficult for purchasers in such situations to obtain recourse post-closing against sellers for property defects.

Historically, purchasers have been faced with an uphill battle of asserting a fraud claim against sellers in such situations. Having limited remedies post-closing is problematic for a purchaser given the imbalance of knowledge that exists prior to closing between a seller and purchaser concerning defects in the property. Often a purchaser’s ability to discover defects that may be known to the seller is limited. This imbalance, coupled with legal principles that favor sellers post-closing and limit purchasers’ remedies, creates an uneven playing field for purchasers in residential sales. While legislation was adopted in an attempt to even the playing field, it simply was not effective enough to solve the problem.

The Deck Is Stacked Against Purchasers in the Residential Sale Setting

There are a number of factors that “stack the deck,” so to speak, against purchasers in residential transactions. First, New York adheres to the doctrine of caveat emptor (“let the buyer beware”), which provides that a seller generally has no duty to disclose defects of the property to the purchaser. See Hecker v. Paschke, 133 A.D.3d 713, 716, 19 N.Y.S.3d 568, 570–71 (2d Dep’t 2015). Therefore, the onus is on the purchaser to investigate and discover the defects on their own prior to purchasing.

Second, to make matters worse, the fast-paced nature of residential sales is not favorable to a purchaser’s ability to discover defects. Unlike with commercial transactions, most residential purchasers are not sophisticated real estate investors who frequently buy and sell property. The process of buying a home – the largest purchase most individuals will make in their lifetime -- is often overwhelming for them. Detailed due diligence provisions are not included in typical residential contracts. Moreover, there is typically pressure to close residential sales quickly – e.g., sellers are in contract to purchase another house, brokers are pushing the sale, buyers need a new place to reside, expiring loan commitments, etc. As a result, aside from performing what are often superficial home inspections, purchasers usually perform very little due diligence to assess property condition prior to closing.

Third, there is the “merger doctrine,” which provides that any representations or warranties that are contained in the contract of sale are merged into the deed at closing. See Arnold v. Wilkins, 61 A.D.3d 1236, 1236, 876 N.Y.S.2d 780, 781 (3d Dep’t 2009). As a result, even if a seller makes certain representations and warranties prior to the sale, they are extinguished at closing and rendered unenforceable unless the contract expressly provides that such representations and warranties survive closing or they are restated in the deed.

Taken as a whole, these three factors make it very difficult for residential purchasers to discover property defects prior to closing.

The Property Condition Disclosure Act: An Ill-Fated Attempt to Even the Playing Field

In an effort to even the playing field in residential sales, in 2002, the New York legislature passed N.Y. Real Property Law § 460 et. seq., known as the “Property Condition Disclosure Act” (“PCDA”). Subject to certain exceptions, the PCDA is applicable to sales of residential properties consisting of up to four residential units. The statute requires that a seller answer dozens of questions in writing on subjects concerning the condition of the property being sold, including environmental, structural, mechanical and general information (e.g., lead, easements, title issues, etc.). N.Y. RPL § 462.

While this was a step in the right direction at remedying the uneven playing field, as the Third Department’s Kazmark decision highlights, it is not much help. Even with the PCDA, purchasers find it difficult to obtain redress post-closing.

In Kazmark, the seller listed his residence for sale and, in accordance with the PCDA, completed a property condition disclosure statement (“Statement”). In the Statement, the seller answered “no” to questions concerning whether there were problems with the foundation and walls, whether there was seepage in the basement resulting in standing water and whether there were flooding, drainage or grading problems on any portion of the property. He also answered “unknown” as to whether the structure had any rot or water damage.

Several months after purchasing the house, the purchaser began noticing water infiltration in the basement. Then, a couple of years after the closing, the purchaser discovered water pouring into the basement during a regional flood. Upon further investigation, an inspector advised the purchaser that part of the foundation was falling apart, another portion had been replaced and other structural defects existed -- all of which had been present for some time. Nearly six years after the closing, the purchaser commenced a lawsuit against the seller for, among other things, fraud and a violation of the PCDA, alleging that the seller knew about the material defects he denied existed or listed as “unknown” in the Statement.

The seller testified at his deposition that he had experienced water infiltration in the basement nearly 10-years before the sale to the purchaser. A couple of years before the sale, the water became excessive so he replaced a portion of the foundation wall, applied water proof paint to the interior of the walls and changed the outside grading to slope away from the basement. After these repairs, the seller no longer noticed water in the basement. Approximately 10-months before listing the property for sale, the seller installed new drywall and finished a part of the basement. The seller testified that he did this so his family could utilize more space in the home.

After discovery concluded, the seller moved for summary judgment, which the lower court granted. The Third Department affirmed on appeal. The Court highlighted that New York adheres to the doctrine of caveat emptor in the context of residential sales and a seller, therefore, has no duty to disclose defects in a property unless there is some conduct on the part of the seller that constitutes active concealment. Thus, there can be no claim for fraud unless a seller makes affirmative representations that he or she knows are false in order to conceal the existence of a defect. The Court noted that a misrepresentation contained in a property disclosure statement pursuant to the PCDA could constitute active concealment so as to form the basis of a fraud claim, as well. However, the Court went on to note that the PCDA disclosures are similarly based on a seller’s “actual knowledge.” Thus, unless a purchaser can establish that a seller had actual knowledge of a property defect that he or she misrepresented in the property condition disclosure statement, a claim under the PCDA likewise fails.

Applying these principles to the facts of Kazmark, the Third Department found that the seller had met his burden on summary judgment of establishing that he had no actual knowledge of any property defects at the time he completed the Statement in accordance with the PCDA. The Court was satisfied with the seller’s testimony that, while he knew of prior water infiltration in the basement, he answered “no” on the topic because he had corrected the problem and, to his knowledge, there were no such issues at the time he completed the Statement. Seller’s testimony concerning the reason why he replaced drywall in the basement prior to listing the house for sale (i.e., to increase his family’s living space) was also plausible. With no evidence in the record rebutting this testimony, the Court found that there was no genuine issue of material fact and the lower court had properly granted the seller summary judgment on the purchaser’s claims of fraud and violation of the PCDA.

While the PCDA was good-intentioned, its application does little to enhance the ability of a purchaser to obtain recourse against a seller for property defects discovered after closing. Having to establish “actual knowledge” in order to prevail on a PCDA claim is as difficult as proving on a fraud claim that a seller “knowingly” made a false statement. Thus, though a claim under the PCDA is another potential avenue of recourse to pursue post-closing, as a practical matter, a purchaser is in the same position as if he or she were attempting to pursue a fraud claim -- an avenue of recourse that already existed prior to the adoption of the PCDA.

A significant impact that the PCDA ostensibly has is that it statutorily requires sellers to make property condition disclosures in the first instance, which, at least, is something that could potentially be used as the basis for a fraud claim (as noted above, such misrepresentations could constitute active concealment) or liability under the PCDA. Without such requirement, a seller could simply remain silent and not risk the consequences of making a misrepresentation. However, at the same time the PCDA “giveth it taketh away.” The PCDA provides that the only repercussion for a seller’s failure to abide by the statute’s disclosure requirements is that the seller must provide the buyer with a five hundred dollar credit at closing. N.Y. RPL § 465(1). This relatively minor sum is hardly a deterrent. Given that a misrepresentation in the Statement could subject a person to substantial liability (no matter how difficult that may be to establish as shown by Kazmark), clearly the best decision for sellers is to opt to give the credit instead of making the PCDA disclosures, which is what most sellers choose to do.

Bottom line: In light of the limited post-closing remedies that a purchaser has at his or her disposal, the only way to protect oneself is to perform more than superficial, cursory due diligence on a property prior to closing and, if there is a legitimate concern, attempt to negotiate with the seller some representations or protections that will survive closing.