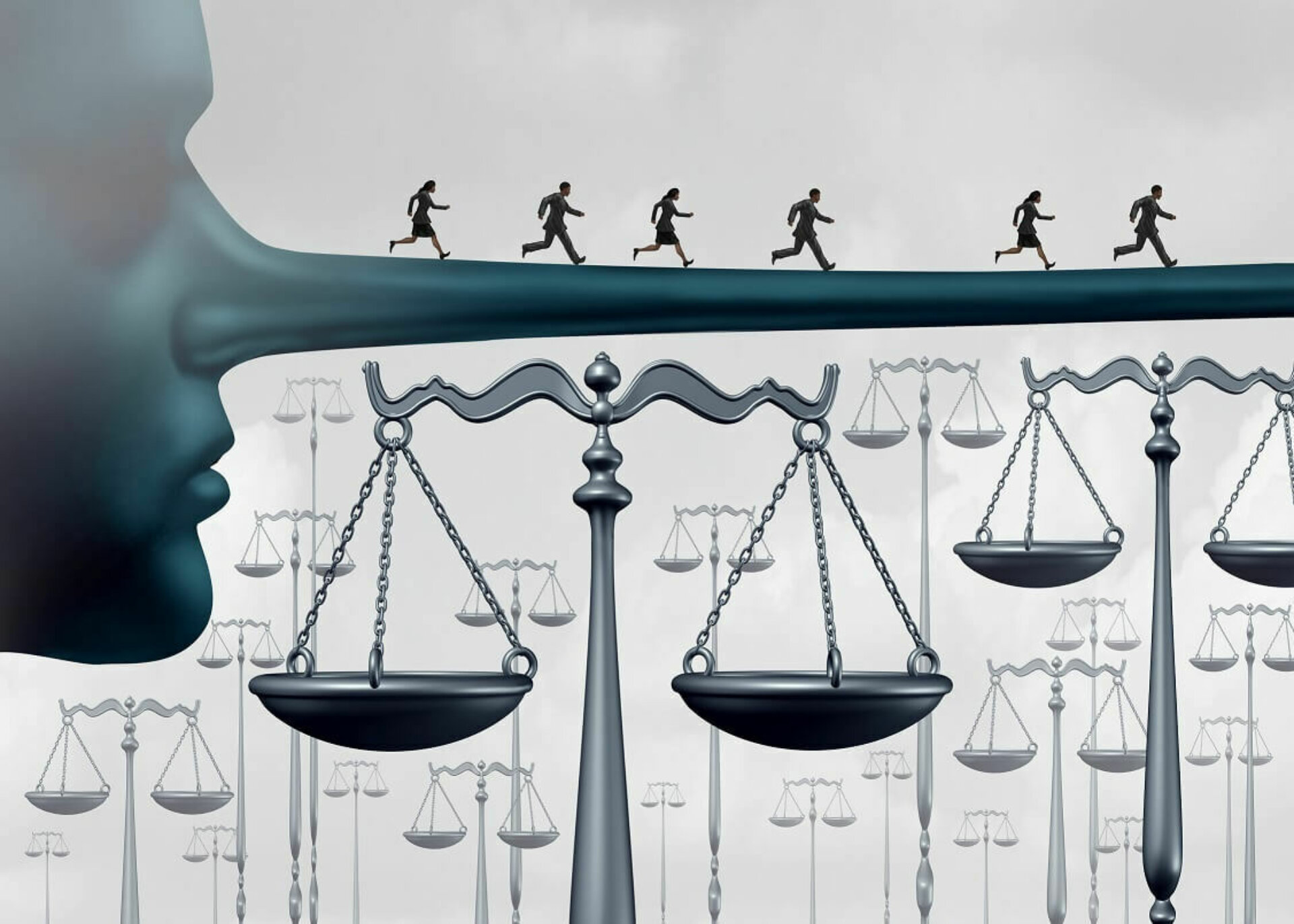 Apr 11, 2019Litigation & Dispute Resolution
It is well accepted that a fraud claim must be based upon what the courts view as factual misrepresentations rather than promises about the future, expressions of hope, puffery or hyperbole. See High Tides, LLC v. DeMichele, 88 A.D.3d 954 (2d Dep’t 2011):

The Appellate Division, First Department in Solomon Capital, LLC v Lion Biotechnologies, Inc., 2019 NY Slip Op 02621 (1st Dep’t Decided on April 4, 2019), recently focused on what may amount to actionable factual matter as opposed nonactionable puffery. Although the First Department disagreed with and reversed the lower court (New York County Commercial Division – Justice Sherwood), the question is not so easily decided as the analysis performed by the Commercial Division was well reasoned and perfectly justifiable in its own right. Reasonable minds may differ in such circumstances, but in the end, the minds of higher appellate court judges prevail. Case Background The context of the determination was a motion by the plaintiff to dismiss affirmative defenses and counterclaims seeking to allege fraudulent inducement. According to the lower court decision (Solomon Capital, LLC v Lion Biotechnologies, Inc., 2018 NY Slip Op 31977(U) (August 15, 2018 Sup. Ct., NY Co.)(Docket Number: 651881/2016 – Justice: O. Peter Sherwood), plaintiffs were Israeli businessmen who worked in venture capital, alleging they were engaged by defendant, a biotechnology company, to help it raise capital to fund its growth and research. Plaintiffs invested directly, and advanced funds to defendant, claiming that defendant agreed to pay them for the advanced funds, and to give them equity in the company. Defendant counterclaimed that plaintiffs made fraudulent misrepresentations that induced it to enter into the agreement. Plaintiffs moved to dismiss related affirmative defenses and counterclaims attempting to allege this fraudulent inducement theory. A principle focus of the motion was whether the misrepresentations allegedly made by plaintiffs were factual or nonactionable. In a well-reasoned opinion, the Commercial Division analyzed the question and decided all of the representations were nonactionable:

Here, the counterclaims assert nine misrepresentations made by Sharbat about what he and the other Solomon Parties could or would do in the future to raise funds for [Defendant] Lion. The third through ninth alleged misrepresentations … cannot form the basis of a claim for fraud, because “[ o ]pinions of value or future expectations,” and “mere puffery” do not constitute actionable fraud (Elghanian v Harvey, 249 AD2d 206, 206 [1st Dept 1998]; see also Northern Group Inc. v Merrill Lynch, Pierce, Fenner & Smith Inc., 135 AD3d 414, 414 [1st Dept 2016]; Sidamonidze v Kay, 304 AD2d 415, 416 [1st Dept 2003] [no fraud based on statements that are mere puffery, opinions of value or future expectations]; Sheth v New York Life Ins. Co., 273 AD2d 72, 74 [1st Dept 2000]; DH Cattle Holdings Co. v Smith, 195 AD2d 202, 208 [1st Dept 1994] [defendant’s statements that investment was “safe,” was not actionable statement of fact, but mere opinion and puffery]). The statements alleged in the counterclaims … are all representations of future conduct: specifically, plaintiffs had investors who “were prepared to invest,” a major investor who “would make a sizable investment,” Sharbat and Raff “would make substantial investments,” Sharbat “could obtain financing,” and “could obtain investments from representatives and affiliates” of a hospital in Israel. These are not actionable statements of fact. In addition, similar statements alleged are mere puffery or expectation, including that Sharbat and his colleagues had “massive investors,” the investments “were a done deal” Sharbat raised “hundreds of millions of dollars” for biotech companies like defendant, and he had obtained “high-value investors” in Israel. Similarly, a broad assertion that Sharbat raised a lot of money in his career, clearly is puffery. Further, the statement that he and Raff would invest their own money are also non-actionable opinion or future expectations (see MMCT, LLC v JTR Coll. Point, LLC, 122 AD3d 497, 498 [1st Dept 2014]). Moreover, these statements lack the required details to withstand challenge under CPLR 3016 (b). They were not definitive factual statements. They all are insufficient to support a fraud claim.

First Department Analysis On appeal, the First Department reversed and reinstated the affirmative defenses and counterclaims. While it acknowledged some statements were nonactionable puffery, it deemed others sufficiently factual to support the fraud theories:

In support of the eleventh affirmative defense and first counterclaim alleging fraudulent inducement (see Eurycleia Partners, LP v Seward & Kissel, LLP, 12 NY3d 553, 559 [2009]), defendant alleges, as relevant herein, that, during a conference call with its CEO and CFO, plaintiff Solomon Sharbat, who was at the time a registered broker dealer with the Financial Industry Regulatory Authority (FINRA), represented, on behalf of himself and the other plaintiffs, that he had previously run a publicly traded U.S. company, that he had raised hundreds of millions of dollars for other biotech companies, that he had “massive investors” who were prepared to invest in defendant, and that these investments were “a done deal.” Sharbat allegedly later asserted that he “had obtained high-value investors for [defendant] in Israel.”

However, Sharbat’s statements that he had “massive investors” who were prepared to invest in defendant and that he “had obtained high-value investors for [defendant] in Israel,” while partially hyperbolic, make concrete factual representations that go beyond mere puffery. Simply stated, Sharbat asserted that he had investors lined up and ready to go, when in fact he had none. Since plaintiffs were retained by defendant to bring investors in, these statements constitute misrepresentations of material facts for purposes of the fraudulent inducement counterclaim (see Sokolow, Dunaud, Mercadier & Carreras v Lacher, 299 AD2d 64, 70 [1st Dept 2002]). Finally, the statements that Sharbat had previously run a publicly traded U.S. company and that he had raised hundreds of millions of dollars for other biotech companies are concrete and measurable misrepresentations about Sharbat’s experience (see White v Davidson, 150 AD3d 610, 611 [1st Dept 2017]).

Commentary While it is well accepted that a fraud cause of action must rely on factual misrepresentations, it is not always easy to decipher whether statements involve factual matter or nonactionable opinions or “puffery.” As shown by the respective analyses performed by the Commercial Division and Appellate Division in Solomon above, reasonable minds may differ. Counsel for plaintiff must be aware of these issues in articulating and describing the types of statements relied upon, while defense counsel is well advised to scrutinize the allegations for possible attack at the pleadings stage. Click here for Kevin Schlosser’s Fraud Blog.
← Kevin Schlosser Authors, "Fraud Claims Fail Because Plaintiff Could Not Have Believed the Alleged Misrepresentation was False and Thus No Reasonable Reliance"
Michael Antongiovanni Authors, "The Difficulty of Obtaining Recourse Against a Seller of Real Property Post-Closing" →