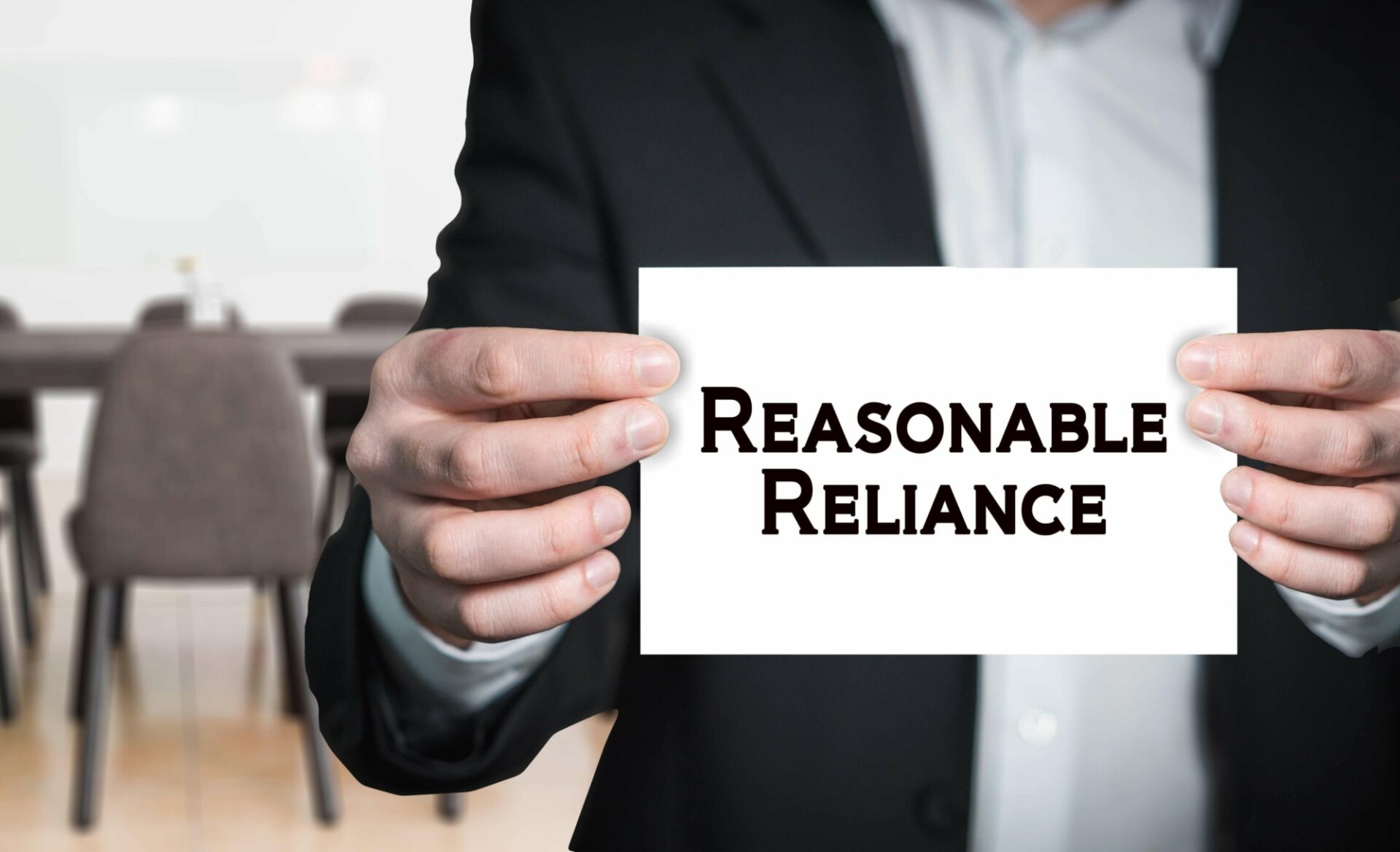 Kevin Schlosser Authors, "Fraud Claims Must be Dismissed for Lack of Reasonable Reliance"

I have often addressed the element of “reasonable reliance” in the cause of action for fraud. The New York Court of Appeals has observed that requiring a party to act reasonably in relying on allegedly false and fraudulent misrepresentations is a matter of significant “public policy.” Ambac Assur. Corp. v Countrywide Home Loans, Inc. 2018 NY Slip Op 04686 [31 NY3d 569] (2018). (“Public policy reasons support the justifiable reliance requirement.”). Cases can and should be dismissed where the element of reasonable reliance is lacking.

While the First Department has indicated in some inartful language that summary dismissal at the pleadings stage is not warranted based upon the failure to properly allege reasonable reliance, that was simply based upon a case-specific determination and does not constitute a blanket bar to any summary dismissals. The First Department’s recent decisions in Rubin v Sabharwal, 2019 NY Slip Op 02975 (1st Dep’t April 23, 2019) and Cascardo v Dratel, 2019 NY Slip Op 02957 (1st Dep’t April 18, 2019) graphically make my point.

Since the First Department’s decision is sparse on the facts, a review of the lower court’s decision provides a bit more detail. Plaintiff was the co-founder and co-chair of a museum specializing, in part, in Indian art, who purchased merchandise from defendants. Plaintiff alleged that defendants “made numerous, repeated, material and knowing misrepresentations of fact concerning the merchandise” sold to plaintiff. After she bought hundreds of items from defendants, plaintiff had several of the items appraised. Plaintiff alleged “about ten instances where the appraised value of the items she purchased differs (in some instances substantially) from the original purchase price.” In her complaint and affidavit, plaintiff alleged that “the defendants’ material misrepresentations were that pieces of jewelry were from the ‘same set’ as ones in a magazine, that the jewelry has ‘significance,’ that the jewelry came from a ‘friend or family’s’ collection, and that the pieces were ‘museum quality’ or ‘generational.’”

Plaintiff attempted to allege claims for fraudulent inducement, fraud and conspiracy to commit fraud. The lower court dismissed each of these claims, and the First Department affirmed.

Although the lower court found more generally that plaintiff had not alleged the fraud with sufficient particularity (see CPLR 3016(b)), the First Department focused on the important element of reasonable reliance. In particular, the First Department found it significant that plaintiff had the means of investigating the nature and value of the merchandise yet failed to avail herself of those means:

Plaintiff failed to assert sufficient facts to establish reasonable reliance and that she exercised due diligence to determine the value of the property. Plaintiff cannot assert reasonable reliance where she had the means to discover the true nature of the transaction by the exercise of ordinary intelligence, and failed to make use of those means (see Rosenblum v Glogoff, 96 AD3d 514, 515 [1st Dept 2012]. As the co-founder and co-chair of a museum specializing, in part, in Indian art, plaintiff had the means to conduct an appraisal of the jewelry prior to purchasing the jewelry, and yet she took no steps to verify the alleged misrepresentations. Moreover, plaintiff had the wherewithal to conduct an appraisal several years after the first transaction when she wanted to sell some of the items and verify the authenticity of the jewelry. Plaintiff could have discovered the truth had she conducted an inquiry into the value of the property during the many transactions at issue in this case.

The First Department also found that the alleged statements as to the nature of the merchandise were not actionable, factual misrepresentations:

See my prior post for more on the distinction between actionable factual misrepresentations and nonactionable opinions or puffery.

The First Department in Cascardo reversed the lower court’s decision denying dismissal of the fraud complaint, ruling in pertinent part:

Plaintiff’s fraud claim should have been dismissed because the complaint did not sufficiently plead justifiable reliance upon defendant’s claim that it needed an additional $10,000 to continue its work on her lawsuit. In fact, the complaint specifically asserts that plaintiff knew the additional $10,000 legal fee demanded by defendant would not be used for her benefit, but he required it because other clients had not paid him. This admission negates an element of the fraud claim, that plaintiff justifiably relied on the defendant’s alleged misrepresentation that “[defendants] needed $10,000 to continue their work [on her case]” (see Shalam v KPMG LLP, 89 AD3d 155, 157-158 [1st Dept 2011]; Havell Capital Enhanced Mun. Income Fund, L.P. v Citibank, N.A., 84 AD3d 588, 589 [1st Dept 2011]).

Fraud is a powerful cause of action for which substantial remedies are available. With that power, however, comes the duty of those alleging fraud to allege and establish that they have acted reasonably and prudently to protect themselves from the fraudulent conduct. That is embodied in the element of reasonable reliance. As shown in the Rubin and Cascardo decisions, courts will not tolerate a fraud claim where the plaintiff had the means and ability to avoid being defrauded yet failed to avail itself of those means.