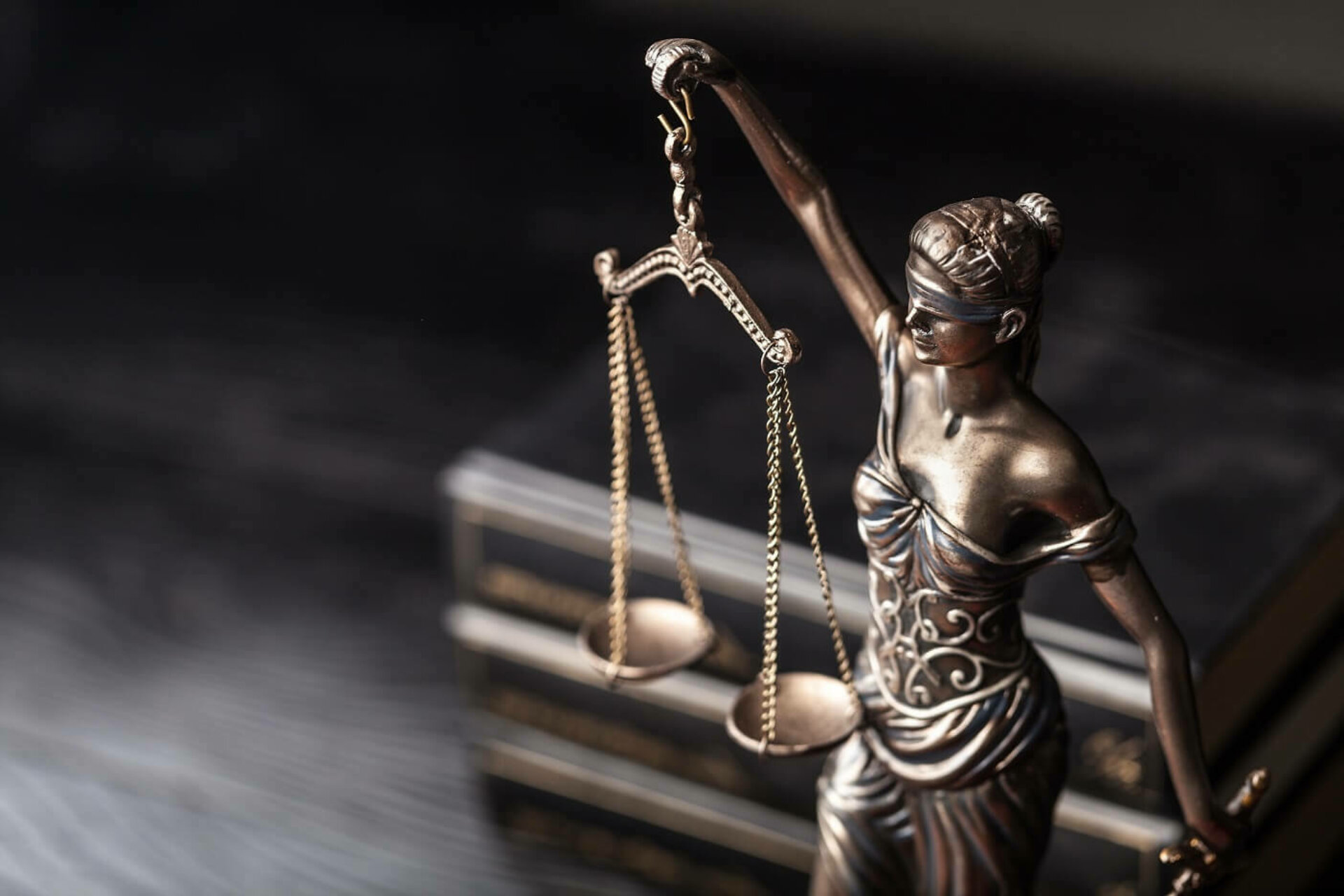 Two years ago, I commented on a decision of the Appellate Division, First Department, in which the Court inartfully and, frankly, incorrectly, commented that “the issue of reasonable reliance is not subject to summary disposition … .” I demonstrated that the First Department’s unfortunate comment in this decision was neither supported by the case law it cited, nor by the vast body of decisional law in every Judicial Department of the State of New York as well as the Court of Appeals. Very plainly, as I showed, the courts of the State of New York recognize that fraud claims can and should be dismissed “summarily” – at either the pleadings stage or on summary judgment – if the party attempting to assert fraud has not adequately shown, by detailed pleading or clear and convincing evidence, that it justifiably relied upon the alleged fraudulent misrepresentations.

The Court of Appeals has actually recognized that the element of justifiable reliance in a cause of action for fraud is based upon strong considerations embodied in the public policy of the State of New York. The New York Court of Appeals in Ambac Assur. Corp. v Countrywide Home Loans, Inc. 2018 NY Slip Op 04686 [31 NY3d 569] (2018) set out the basic elements of fraud, and emphasized that the particular element of “justifiable reliance” is based upon public policy:

The required elements of a common-law fraud claim are “a misrepresentation or a material omission of fact which was{**31 NY3d at 579} false and known to be false by [the] defendant, made for the purpose of inducing the other party to rely upon it, justifiable reliance of the other party on the misrepresentation or material omission, and injury” (Pasternack v Laboratory Corp. of Am. Holdings, 27 NY3d 817, 827 [2016] [citations and internal quotation marks omitted]). Justifiable reliance is a “fundamental precept” of a fraud cause of action (Danann Realty Corp. v Harris, 5 NY2d 317, 322 [1959])… ACA Fin. Guar. Corp. v Goldman, Sachs & Co., 25 NY3d at 1051 [Read, J., dissenting on other grounds] [describing the justifiable reliance requirement as “our venerable rule”]). …

Thus, any party seeking to establish a claim for fraud must show that it justifiably relied on the alleged fraudulent conduct. For sophisticated parties, this requirement is especially demanding.

In MBF Clearing, plaintiff was a commodities future commission merchant, required by the Commodities Futures Trading Commission (CFTC) to hold its customers’ assets in customer segregated accounts. Plaintiff sued the banking defendants for fraud, claiming that they falsely represented to it that there was no need for a “customer segregation acknowledgment letter” as required by the CFTC for one account because it would be linked to, and a sub-account of, plaintiff's existing account for which such a segregation letter had been obtained.

The New York Commercial Division granted defendants’ CPLR 3211(a)(1) and (7) motion to dismiss the third amended complaint, and the First Department unanimously affirmed.

In agreeing with the Commercial Division’s dismissal, the First Department noted the “self-styled” sophisticated capacity of the plaintiff, and its admitted failure to protect itself by taking reasonable steps to conform with verifiable CFTC requirements for its customer accounts:

The fraudulent misrepresentation claims do not allege justifiable reliance on the alleged misrepresentations (see ACA Fin. Guar. Corp. v Goldman, Sachs & Co., 25 NY3d 1043, 1045 [2015]; HSH Nordbank AG v UBS AG, 95 AD3d 185, 194-195 [1st Dept 2012]). Plaintiff, a sophisticated party, could readily have determined for itself whether the representations were false by exercising reasonable due diligence. As a self-styled "long-established and well-regarded" commodities future commission merchant, required by the Commodities Futures Trading Commission (CFTC) to hold its customers' assets in customer segregated accounts, plaintiff is presumably familiar with the requirements related to such accounts. Plaintiff could have made inquiries when defendants represented to it that there was no need for a "customer segregation acknowledgment letter" for Account x2069 because it would be linked to, and a sub-account of, plaintiff's existing Account X0253 for which a segregation letter had been obtained (see Connaughton v Chipotle Mexican Grill, Inc., 135 AD3d 535, 545 [1st Dept 2016, Saxe, J. dissenting in part], affd 29 NY3d 137 [2017]). However, rather than take simple measures to ensure its compliance with CFTC regulations, plaintiff relied on the representations that the segregation letter for Account X0253 would cover Account X2069 (see DDJ Mgt., LLC v Rhone Group L.L.C., 15 NY3d 147, 154-155 [2010]; IKB Intl. S.A. v Morgan Stanley, 142 AD3d 447, 450 [1st Dept 2016]).

Cases that have declined to dismiss fraud claims summarily often rely upon a comment made in the Court of Appeals’ decision in DDJ Mgt., LLC v Rhone Group L.L.C., 15 NY3d 147 (2010), in which it quoted from an older Second Circuit decision that: “‘The question of what constitutes reasonable reliance is always nettlesome because it is so fact-intensive.’” In the DDJ case, however, the Court sustained a fraud claim because the party asserting fraud actually went through the exercise of protecting itself with an explicit representation in a contract of the factual matter upon which it relied (plaintiff was alleging fraud against several defendants who were not actually parties to the contract, but were alleged to have been responsible for the misrepresentations). The Court of Appeals there commented:

In particular, where a plaintiff has gone to the trouble to insist on a written representation that certain facts are true, it will often be justified in accepting that representation rather than making its own inquiry. Indeed, there are many cases in which the plaintiff's failure to obtain a specific, written representation is given as a reason for finding reliance to be unjustified (see e.g. Curran, Cooney, Penney v Young & Koomans, 183 AD2d 742, 743-744{**15 NY3d at 155} [2d Dept 1992]; Rodas v Manitaras, 159 AD2d at 343; Emergent Capital Inv. Mgt., LLC v Stonepath Group, Inc., 343 F3d 189, 196 [2d Cir 2003] [applying New York law]). It is harder to find cases holding that a plaintiff who did obtain such a representation could not justifiably rely on it; one such case is Ponzini v Gatz (155 AD2d 590 [2d Dept 1989]), in which the plaintiff's attorney actually knew that the warranty in question was false. In National Conversion Corp. v Cedar Bldg. Corp. (23 NY2d 621 [1969])—a case admittedly much different in its facts from this one—we held that it was reasonable for the plaintiff to rely on a written representation as a substitute for making an investigation of the facts represented.

Thus, the important dispositive factor in DDJ was that the party asserting fraud actually did act reasonably in obtaining an explicit contractual representation, upon which the Court ruled it could thereby justifiably rely.

There is no question that “justifiable reliance” is an essential element of a cause of action for fraud. When that element is not adequately alleged in a pleading seeking to set forth a claim for fraud, the pleading is subject to dismissal. Even if that pleading survives, the element of justifiable reliance must be established with clear and convincing evidence – the higher standard of proof for an action for fraud – and summary judgment can be granted dismissing the fraud claim if such evidence is not produced on the motion.