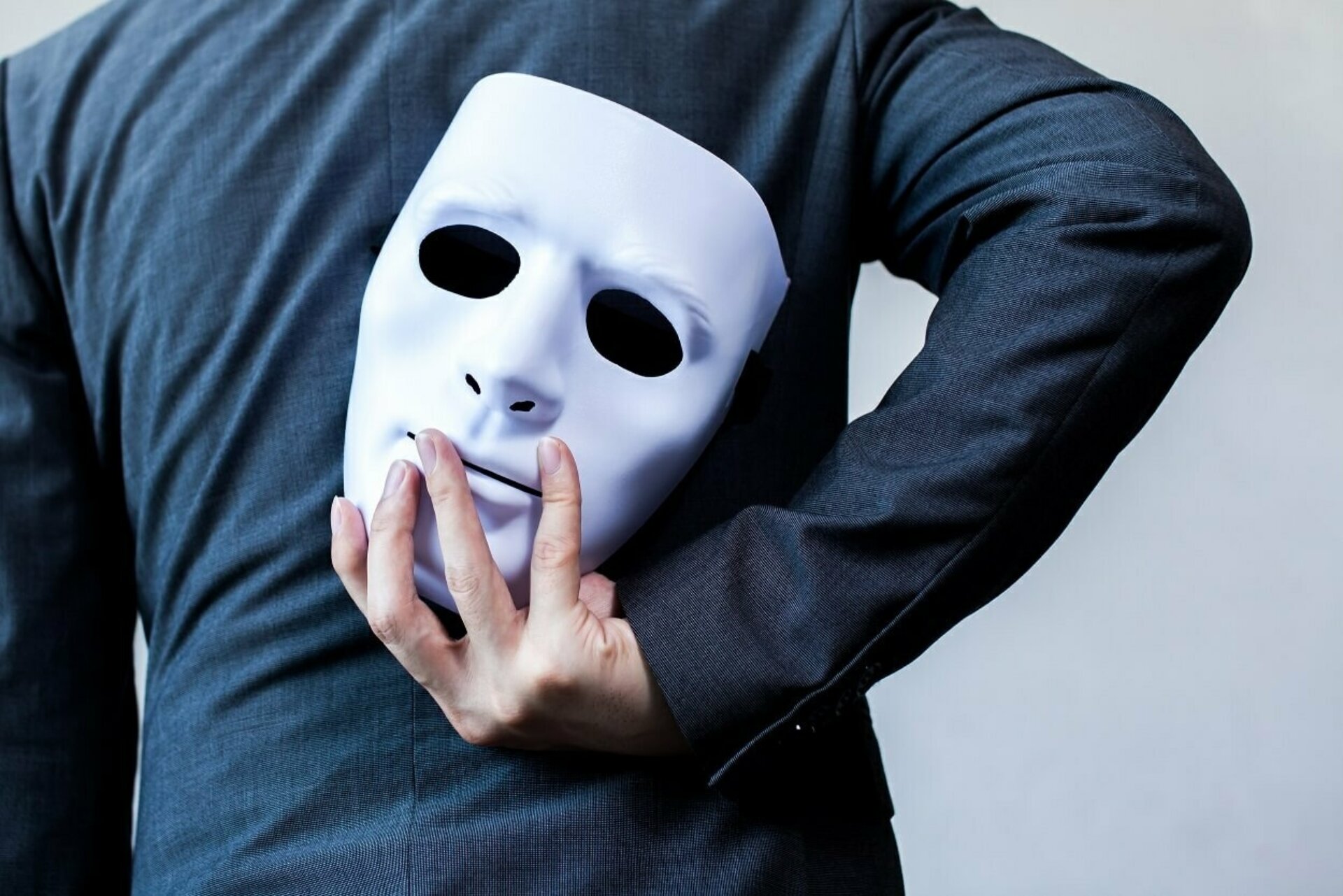 Dec 11, 2020Litigation & Dispute Resolution
The New York Civil Practice Law and Rules explicitly allow parties to allege claims or positions that may be contradictory, conflicting or even duplicative. In fact, there are two provisions of the CPLR that address that authority: CPLR 3014, often cited for this concept, provides: “Causes of action or defenses may be stated alternatively or hypothetically.” Additionally, CPLR 3017(a), addressing the relief that may be sought in a pleading, provides: “Relief in the alternative or of several different types may be demanded.” Notwithstanding these explicit provisions, New York courts often give parties asserting claims little leeway to plead in the alternative, and dismiss claims that they deem “duplicative” of another. This practice has been criticized, as it has in fact been enthusiastically argued that courts should let parties plead in the alternative as the CPLR allows. See J. Bauchner, “Let Them Plead in the Alternative,” Vol. 252, No. 51 NYLJ (Sept. 14, 2014) (citing cases and support for alternative pleading and criticizing contrary decisions). Addressing Alleged “Duplicative” Fraud/Contract Claims When it comes to determining whether attempted fraud claims are ostensibly “duplicative” of breach of contract claims, courts frequently loosely address the issue, while they do end up arriving at the correct conclusion. This is how I reconcile the authority provided by the CPLR to plead and request relief in the alternative with the courts’ dismissal of fraud claims that are stated to be “duplicative” of contract claims: The real issue is whether the wrongful conduct alleged actually constitutes the cause of action for fraud, or merely a breach of contract. If the facts as alleged only amount to a breach of contract, and not the tort of fraud, then courts are correct in dismissing the attempted fraud claim – but significantly, not because it is “duplicative” of the contract claim, but because it simply does not amount to the cause of action for fraud, even as alleged. As such, CPLR 3211(a)(7) permits the court to dismiss the fraud claim in a pre-answer motion because “the pleading fails to state a cause of action.” I have frequently commented on numerous federal and state court decisions addressing this concept of whether a breach of contract can give rise to a cause of action for fraud. Click on my Topic, “Contract Breach, Not Fraud,” and/or search the word “duplicative,” in this site. In the most basic sense, courts reject allegations that attempt to state a fraud claim by merely asserting that the defendant failed to perform a promise contained in a contract. That, the courts state, is not a misrepresentation of an existing fact (as required to establish fraud), but simply a promise to do something in the future, which is not a sufficient element of fraud. As I have commented, however, express representations, even if contained in the contract, are allowed to form the basis of a fraud claim as well:

First Department Decision in Shear In Shear Enters., LLC v Cohen, 2020 NY Slip Op 07149, (1st Dep’t Decided Dec, 1, 2020), the Appellate Division, First Department, recently addressed these issues, with a twist. In Shear, plaintiff alleged that it made down payments on a transaction based upon misrepresentations by the owners of the corporate party to the transaction. Plaintiff asserted fraud claims against the owners individually, alleging that they, “with the full knowledge that [the corporate party] was out of business and unable to complete its orders, solicited cash down payments from plaintiff in order to enrich themselves by using the funds from plaintiff's down payments to reduce their personal guarantees to [the corporate party’s] factor.” The court below granted these defendants’ motion to dismiss the fraud claim as duplicative of the contract claim. In reversing the dismissal, and reinstating the fraud claim, the First Department pointed out that the facts as alleged could indeed amount to a cause of action for fraud against the individuals, and thus, not merely a breach of contract:

The court should not have dismissed the cause of action for fraud as duplicative of the cause of action for breach of contract. The gravamen of the allegations supporting the claim is not, as in Cronos Group, Ltd. v XComIP, LLC (156 AD3d 54, 62 [1st Dept 2017]), that defendants "made a promise while harboring the concealed intent not to perform it." Rather, plaintiff asserts that defendants misrepresented their very "ability to perform," an allegation that supports a non-duplicative fraudulent inducement claim (Man Advisors, Inc. v Selkoe, 174 AD3d 435, 435 [1st Dept 2019]).

This portion of the decision is consistent with my premise that the fraud clam was not actually “duplicative” of the contract claim because the facts as alleged amounted to a separate cause of action for fraud. In fact, the decision the First Department in Shear relied upon, Man Advisors, Inc., made this point clear (emphasis added):

Plaintiff alleges that, as CEO of nonparty Karmaloop, Inc., defendant Gregory Selkoe solicited from plaintiff a bridge loan in the amount of $2,040,000. Plaintiff agreed, on condition that Selkoe personally guarantee the loan. Selkoe provided the personal guarantee, and also represented to plaintiff that he had previously given only one other personal guarantee, and that Karmaloop had never defaulted on any loan payment. Both of these representations were false, in that, unbeknownst to plaintiff, Selkoe had previously guaranteed a loan issued to another Karmaloop executive, and Karmaloop had defaulted on that loan.

The foregoing states a claim for fraudulent inducement, which is not duplicative of plaintiff's claim for breach of the guarantee. Plaintiff does not allege that Selkoe misrepresented the intent to perform on the guarantee and underlying promissory note, which would render the fraud claim duplicative, but rather alleges that Selkoe misrepresented his and Karmaloop's ability to perform (see Universal Inv. Advisory SA v Bakrie Telecom Pte., Ltd., 154 AD3d 171, 181 [1st Dept 2017]; Allenby, LLC v Credit Suisse, AG, 134 AD3d 577, 581 [1st Dept 2015]).

Same Damages in Fraud and Contract The First Department in Shear then rejected the defendants’ argument that the damages alleged were the same in both the contract and fraud claims (which is often relied upon by courts to in fact reject the additional fraud claim as not amounting to fraud), relying upon CPLR 3014’s authority to plead in the alternative:

Defendants argue that, in any event, because the damages are the same under either theory, the fraud claim must give way. We hold that, under the circumstances, and given this early procedural stage of the action, plaintiff should be permitted to plead the cause of action in the alternative pursuant to CPLR 3014 (id.).

That portion of the decision seems inconsistent with a body of law rejecting fraud claims seeking the same damages as the contract claim, as described in an earlier First Department decision that I commented on in MBIA Ins. Corp. v Credit Suisse Sec. (USA) LLC, 2018 NY Slip Op 06060 (1st Dep’t Decided September 13, 2018):

It has long been the rule that parties may not assert fraud claims seeking damages that are duplicative of those recoverable on a cause of action for breach of contract (see e.g. Manas v VMS Assoc., LLC, 53 AD3d 451, 454 [1st Dept 2008]). As we noted in Manas, fraud damages are meant to redress a different harm than damages on a cause of action for breach of contract. Contract damages are meant to restore the nonbreaching party to as good a position as it would have been in had the contract been performed; fraud damages are meant to indemnify losses suffered as a result of the fraudulent inducement (see id.). Where all of the damages are remedied through the contract claim, the fraud claim is duplicative and must be dismissed (see id.; see also Chowaiki & Co. Fine Art Ltd. v Lacher, 115 AD3d 600, 600-601 [1st Dept 2014] [dismissing fraud claim seeking duplicative damages even where, as here, the plaintiff sufficiently alleged breach of an independent duty owed them independent of the contract]; Triad Intl Corp. v Cameron Indus., Inc., 122 AD3d 531, 531-532 [1st Dept 2014] [affirming dismissal of fraud claim where the damages sought on the fraud claim were duplicative, explaining that “plaintiff seeks the same compensatory damages for both claims . . . . Its purported fraud damages are actually contract damages”]; Mosaic Caribe, Ltd. v AllSettled Group, Inc., 117 AD3d 421, 422-423 [1st Dept 2014] [fraud claim duplicative of a breach of contract claim where the fraud claim sought the same damages, namely return of the deposit paid by the plaintiff under the contract]).

Then, while seemingly giving great weight to the power to plead in the alternative as provided in CPLR 3014, the First Department in Shear summarily tossed a claim for unjust enrichment because it was duplicative of the contract claim:

It is difficult to reconcile this apparent conflicting analysis of CPLR 3014. Commentary The subject of whether fraud claims are really dressed-up breach of contract claims gets an awful lot of attention from the courts. Clearly, the courts struggle to arrive at a conclusion that is consistent with precedent. The precedent, as shown above, is hardly a picture of clarity. This makes it as important as ever for counsel to be aware of the nuances presented by the decisional law and argue effectively accordingly.
← Kevin Schlosser Writes, “Publicly Available Information and Due Diligence Play Prominent Role on Fraud Statute of Limitations and Reasonable Reliance Issues”
Richard Fromewick Writes, "Nassau Tax Bills - Confusing" →