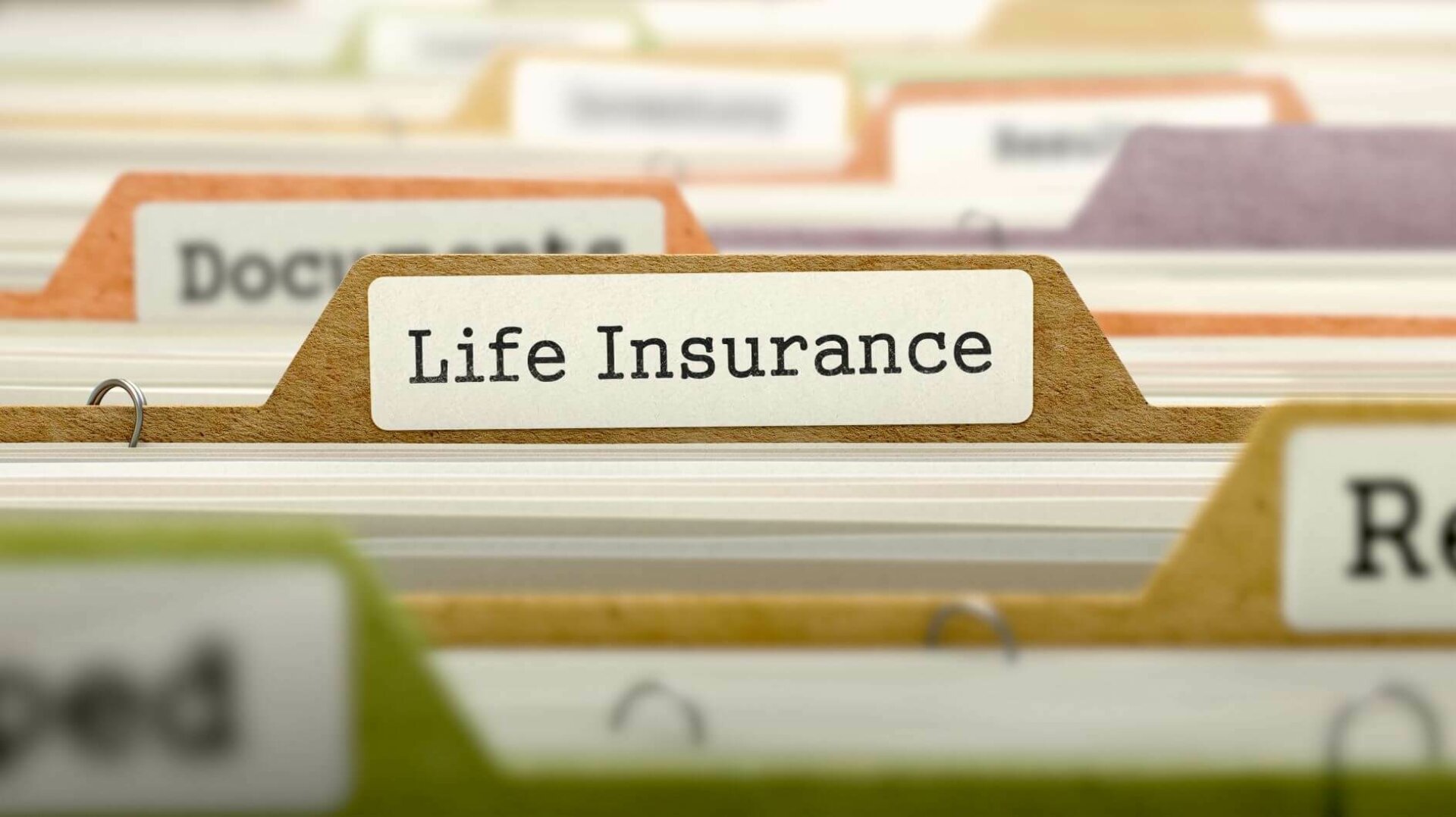 Aug 18, 2020Litigation & Dispute Resolution
A claim for fraudulent inducement can give rise to different remedies. Two basic remedies are damages proximately caused by the fraud and/or rescission of the transaction that was induced by the fraud. If damages are sought, courts recognize only what they describe as the “pecuniary” monetary loss resulting directly from the fraud, rather than lost profits or some form of emotional distress and the like. As the Court of Appeals summarized succinctly in Connaughton v Chipotle Mexican Grill, Inc., 29 NY3d 137 (2017):

A recent decision in the federal court for the Eastern District of New York analyzed a request for damages by a life insurance company against an insurance broker for fraudulently inducing the insurance company to issue a life insurance policy. The decision was rendered by the magistrate judge in Dukes Bridge, LLC v .Sec. Life of Denver Ins. Co., 10-CV-5491 (E.D.N.Y. July 20, 2020)(Magistrate Judge Bulsara). Facts of Dukes In Dukes, Security Life of Denver Insurance Company (“Insurer”) alleged that it was fraudulently induced to issue a life insurance policy based upon misrepresentations made to it by the insurance agency who applied for the insurance on behalf of its client. The Insurer alleged that the insurance agent “falsely represented the extent to which [the insured applicant] had applied for or had in force other insurance coverage. This misrepresentation was material because had [the Insurer] known about the substantial other insurance [the insured applicant] had in force—three other policies worth $30 million—it would have declined to issue him yet another policy, to avoid ‘overinsuring’ [his] life.” The agent also allegedly misrepresented that the policy premiums would be paid without loans. After trial, the Court found that the agent had indeed committed this fraud and that it did induce the Insurer to issue the policy. The Court also found that the agent took pains to hide its fraud from the Insurer. Remedies for the Fraud – Rescission and Damages The Insurer sought not only to rescind the policy for fraud, but damages as well. Ordinarily, when a contract is rescinded for fraud, the parties are placed in the same position they were in before the fraud, and the challenged transaction is voided. That would typically require the insurer to return the premium to the insured and cancel the policy altogether. However, in this case, the current owner of the policy had acquired the policy in an auction after becoming a creditor with interests in the policy. Exercising its equitable powers, the Court declined to order the Insurer to return the premiums even though the insurance policy was rescinded for the fraud (Dukes was the owner of the policy and Rubin was the accused agent):

“That a party seeking rescission of a contract must return or offer to return what he has received under it, and thus put the other party as nearly as is possible in his situation before the contract, is the law. But this rule is wholly an equitable one. Impossible or unreasonable things, which do not tend to accomplish equity in the particular transaction, are not required.” Sloane v. Shiffer, 27 A. 67, 68 (Pa. 1893) (citations omitted). Most of the $872,000 in premiums paid to Security Life were used to pay Rubin commissions; he received $741,455. FOF ¶ 130. It may be that the fraud damages Rubin owes to Security Life requires a return of those commissions. It would be a perverse result indeed to force Security Life, having been defrauded by Rubin and paid commissions to him, to “return” $741,455 in premiums which it no longer holds, to an entity that benefitted from his fraud. Moore v. Mut. Reserve Fund Life Ass’n, 121 A.D. 335, 343 (3d Dep’t 1907) (“As between forcing an innocent party to make payment for questionable benefits received in the past when he now actually possesses nothing of value, directly or indirectly, under the fraudulent contract, his present status having been in no way bettered by anything actually received thereunder, and allowing him to retain whatever of past advantage he may have received solely as a result of the guilty party’s fraud, the equities would seem to be clearly with the latter course.”). If Rubin fails to satisfy the judgment in this case against him, and Security Life paid a premium refund, that would leave Security Life far worse off than the pre-Policy status quo.

Requiring Security Life to pay Dukes Bridge—having already had to spend enormous sums to litigate to rescind a policy procured by fraud—would cause it “to throw good money after bad in order to set aside a policy obtained by the insured’s deceit”; that “would make no sense.” Meer, 2010 WL 11626952, at *12 (quoting Borden, 935 F.2d at 379). Thus, the Court finds that Security Life is entitled to retain the premiums paid to it in connection with the Policy.

[The agent] Rubin’s position is best understood as arguing that Security Life is not “out of pocket” the commissions, because they were paid from monies received from [the insured]. To be sure, a victim is entitled only to her “out of pocket” losses arising from fraud. Trans World Airlines, Inc. v. 47th St. Photo, Inc., No. 88-CV-1936, 1990 WL 481956, at *9 (S.D.N.Y. Apr. 16, 1990) (“In New York, a prevailing plaintiff in a fraud case is entitled to receive as compensation any actual out-of-pocket losses he incurred as a result of the fraud.”). Here, however, Security Life was “out of pocket” the commissions paid to Rubin and Bollinger—had Security Life been aware of Rubin’s fraud, it would not have paid the commissions. It may be that it also would have invalidated the Policy, and then been required to return the premiums to [the insured], but the two events were not inexorably tied. Indeed, this Court found that Security Life was entitled to retain the premiums it had received. Dukes Bridge, 2020 WL 1908557, *72-76 (“Security Life is equitably entitled to retain all premiums paid to it under the Policy.”). That Rubin’s commissions were paid traceable to the Policy premiums does not mean that Security Life did not suffer an out-of-pocket loss by paying him and Bollinger.

The Court seemed to be stretching things a bit to achieve a result that it thought was fair because the Insurer really was not out-of-pocket any net amount in paying the commissions that it paid out of premiums it received and for which it did not have to give up anything, i.e., honor the policy. Attorneys’ Fees as Fraud Damages In awarding the Insurer attorneys’ fees, the Court granted only the attorneys’ fees the insurer incurred in defending against the claim to enforce the policy (not to pursue its fraud counterclaims):

Commentary The two reported decisions arising from this life insurance saga are extremely interesting and informative on a host of issues, including the law of fraudulent inducement – not only on the elements of falsity and materiality of the misrepresentations, but recognizable remedies as well. When fraudulent conduct rises to this egregious level, courts will be inclined to reach for the broadest spectrum of remedies – here both rescission and far-reaching monetary damages.
← Kevin Schlosser Writes, "Relying Upon Insurance Certificate From Broker Is Not Reasonable as a Matter of Law"
Kevin Schlosser Writes, "HR Departments Beware: Honesty is the Best Policy and Less is More To Preserve Employment Termination Releases" →