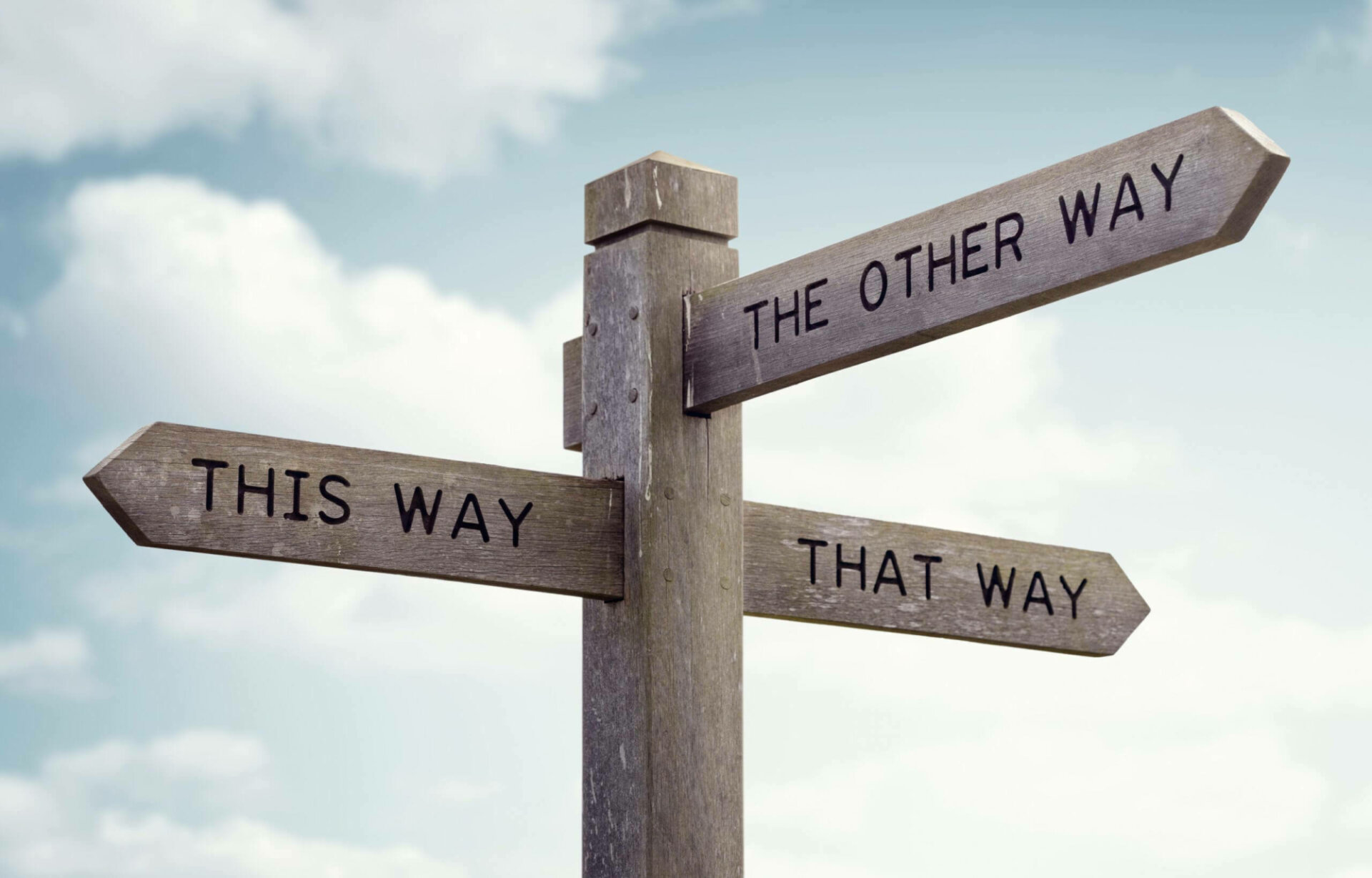 Kevin Schlosser Writes, "Courts Continue to Traverse the Intersection Between Fraud and Breach of Contract Claims"

May 25, 2021
The intersection between claims of fraud and breach of contract is heavily travelled by the courts. Courts often dismiss attempted fraud claims by finding that they are “duplicative” of the contract claim, allege the same damages, allege a mere breach of a contractual promise to do something in the future, and/or fail to allege a misrepresentation of present facts. See my Topic: Contract Breach, Not Fraud. On the other hand, contractual representations and warranties can form the basis of a fraud claim. See, e.g., my post. Recent Cases Rejecting Fraud Vis-à-Vis Contracts In the past few weeks, a series of appellate decisions have been rendered rejecting fraud claims that failed to allege more than breach of contract: In Michael Davis Constr., Inc. v 129 Parsonage Lane, LLC, 2021 NY Slip Op 03028 (2d Dep’t Decided May 12, 2021), the Second Department affirmed the dismissal of fraud and negligent misrepresentation claims because they were based upon the same allegations as the breach of contract claim:

The Supreme Court properly granted that branch of the plaintiff’s motion which was to dismiss the defendant’s counterclaim alleging fraud in the inducement as duplicative of the counterclaim alleging breach of contract. “A cause of action premised upon fraud cannot lie where it is based on the same allegations as the breach of contract claim” (Heffez v L & G Gen. Constr., Inc., 56 AD3d 526, 527). General allegations that a party entered into a contract while lacking the intent to perform it are insufficient to support a claim of fraudulent inducement (see Fromowitz v W. Park Assoc., Inc., 106 AD3d 950, 951). Where the fraud claim is premised upon an alleged breach of contractual duties and does not concern representations which are collateral or extraneous to the terms of the contract between the parties, a fraud claim does not lie (see Oceanview Assoc., LLC v HLS Bldrs. Corp., 184 AD3d 843, 845). Here, the allegations which form the basis of the counterclaim alleging fraud in the inducement are the same as those underlying the counterclaim alleging breach of contract. The defendant’s allegation that the plaintiff fraudulently represented that it would install all soundproofing and thermal insulation on the project “amounted only to a misrepresentation of the intent or ability to perform under the contract” (Gorman v Fowkes, 97 AD3d 726, 727; see Renaissance Equity Holdings, LLC v Al-An El. Maintenance Corp., 121 AD3d 661, 664; Fromowitz v W. Park Assoc., Inc., 106 AD3d at 951-952). Moreover, while the defendant alleged that it remitted payment to the plaintiff in reliance on the representation that the work had, in fact, been performed, such postcontractual representation did not serve as an inducement to enter into the contract.

In support of the fraudulent inducement claim, plaintiff’s main allegations are that (1) defendants submitted an artificially low price, which they never intended to honor, in an effort to induce plaintiff to sign the contract, and (2) defendants did not intend to perform under the contract from the very start. However, a cause of action for breach of contract “cannot be converted into one for fraud by merely alleging that defendant did not intend to fulfill the contract” (Non-Linear Trading Co. v BraddisAssoc., 243 AD2d 107, 118 [1st Dept 1998]). Instead, an actionable claim for fraudulent inducement must allege the “representation of present fact, not of future intent” (Deerfield Communication Corp. v Chesebrough-Ponds, Inc., 68 NY2d 954, 956 [1986] [internal quotation marks omitted]). Plaintiff has made no such allegations here.

Countrywide established that the damages Ambac seeks in connection with its fraud claim are essentially the same as those it seeks under its breach of contract claim (see Avnet, Inc. v Deloitte Consulting LLP, 187 AD3d 430, 432 [1st Dept 2020]; MaÑas v VMS Assoc., LLC, 53 AD3d 451, 454 [1st Dept 2008] [fraud claim is duplicative of contract claim where both seek redress for the same “species” of harm]).

The proposed damages for fraud and breach of contract in Ambac’s supplemental expert report now before the Court are essentially two ways of calculating the same thing — payments that Ambac made on account of the nonconforming loans. The distinctions that Ambac attempts to draw between the fraud damages and the breach of contract damages, which are largely attributable to interest payments, are legally irrelevant. The different treatment of interest does not save separate measures of damages from being duplicative (MBIA Ins. Corp. v Credit Suisse Sec. [USA] LLC, 165 AD3d 108, 114-115 [1st Dept 2018]; Financial Guar. Ins. Co. v Morgan Stanley ABS Capital I Inc., 164 AD3d 1126, 1128 [1st Dept 2018]).

The fraud causes of action against Swap and the Syncora entities directly were properly dismissed as duplicative of the breach of contract claim (see Matter of Daesang Corp. v NutraSweet Co., 167 AD3d 1, 18 [1st Dept 2018]). The complaint failed to allege a legal duty to plaintiff separate and apart from the duty to perform under the contract or that a fraudulent misrepresentation was collateral or extraneous to the contract, and plaintiff sought only contract damages.

Plaintiffs’ fraud claims are not duplicative of their contract claim. Plaintiffs allege misrepresentation of numerous present facts, in the form of defendants’ alleged breaches of various of the April 2018 Purchase and Sale Agreement’s (PSA) representations and warranties (see Wyle Inc. v ITT Corp., 130 AD3d 438, 439 [1st Dept 2015]; First Bank of Ams. v Motor Car Funding, 257 AD2d 287, 291-292 [1st Dept 1999]). For example, the Seller Defendants warranted that the Company’s accounting was accurate, but plaintiffs allege that those financials were fraudulently inflated. The Sellers warranted that the Company was in compliance with employment laws, but plaintiffs allege that the Company routinely engaged in timesheet fraud. The Sellers warranted that the Company had disclosed all audits and material contracts, but plaintiffs assert that defendants failed to disclose a pending Canadian tax audit and a $300,000 contract with a limited liability company owned by Larry. Moreover, the fraud claims are asserted against a distinct set of defendants from the contract claims. The Non-Seller Defendants were not parties to the PSA and thus plaintiffs do not sue them for breach of contract.

As I have commented often, it is important for the contracting parties to provide in the contract itself how potential fraud claims may be affected by such representations and warranties. Here, the PSA explicitly provided that the purchaser had the right to sue for fraud. The First Department found this significant:

Commentary One of the most litigated and disputed issues involving fraud claims is whether the claim amounts to more than a breach of contract. The cards are often stacked against the plaintiff in such situations. Care must be given to identifying the factual representations upon which the fraud is based. Simple contractual promises to do something in the future will not be sufficient. And where the damages alleged are simply identical to the claimed contract damages, the fraud claim will fail as well. However, contractual representations and warranties can form the basis of fraud claims apart from the contract in which they are contained.
← Kevin Schlosser Writes, "Failing to Plead Loss Causation Dooms Fraud Claim"
Kevin Schlosser Writes, "Broad Disclaimers Doom Fraud Claims Relating to M&A Transaction" →