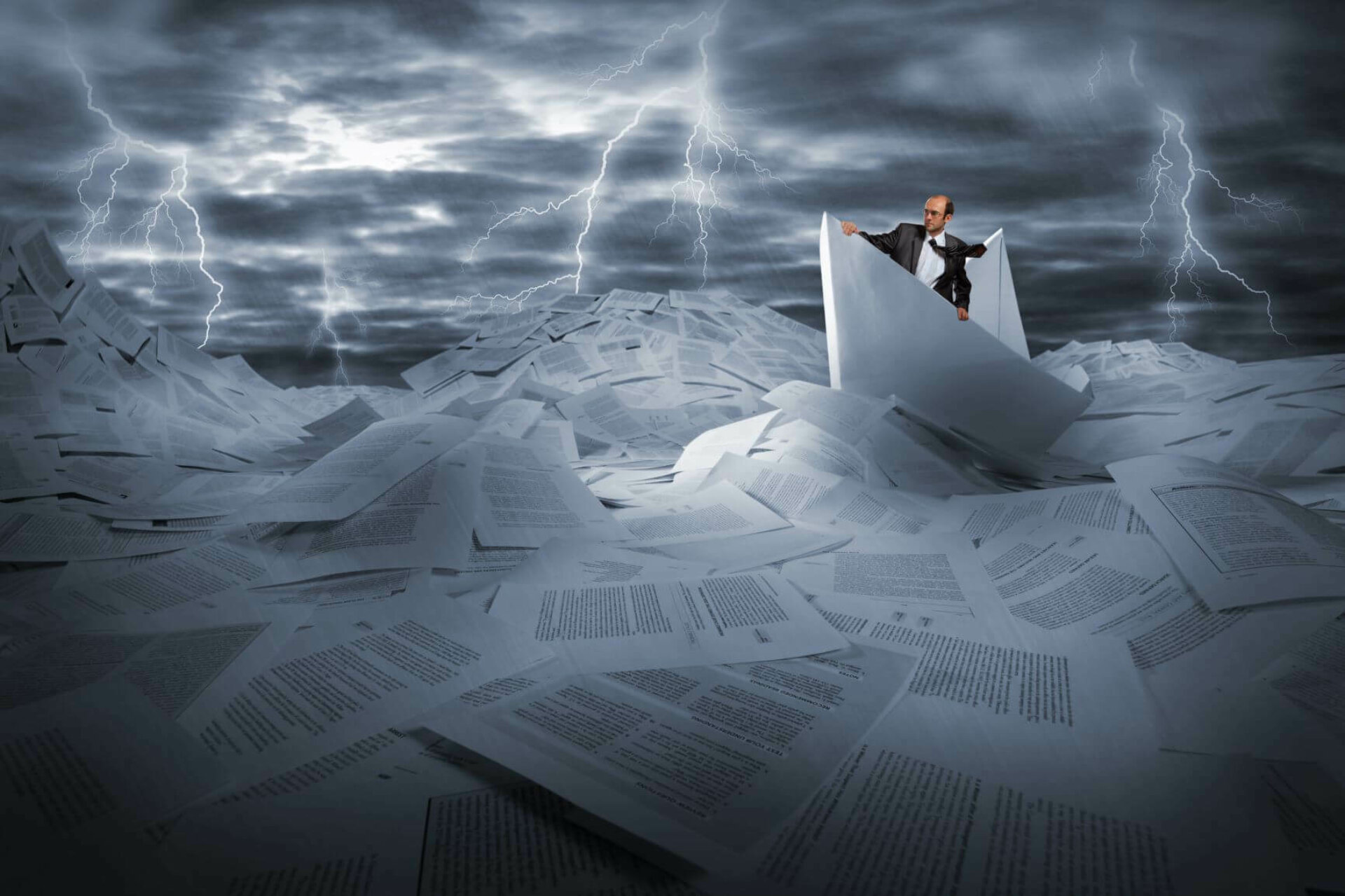 Apr 20, 2021
This article addresses how disclaimers contained in pre-transaction confidentiality agreements, as well as subsequent stock acquisition agreements, impact the element of reasonable reliance in connection with various fraud claims. Such disclaimers of reliance on representations, warranties or other information allegedly provided by the seller in an M&A transaction, especially where the buyer is a sophisticated party, are often fatal to fraud claims. Justifiable Reliance and Disclaimers The New York Court of Appeals in Ambac Assur. Corp. v Countrywide Home Loans, Inc. 31 NY3d 569 (2018) set out the basic elements of fraud, and emphasized that the particular element of “justifiable reliance” is based upon public policy:

The required elements of a common-law fraud claim are “a misrepresentation or a material omission of fact which was false and known to be false by [the] defendant, made for the purpose of inducing the other party to rely upon it, justifiable reliance of the other party on the misrepresentation or material omission, and injury” (Pasternack v Laboratory Corp. of Am. Holdings, 27 NY3d 817, 827 [2016] [citations and internal quotation marks omitted]). Justifiable reliance is a “fundamental precept” of a fraud cause of action (Danann Realty Corp. v Harris, 5 NY2d 317, 322 [1959])… ACA Fin. Guar. Corp. v Goldman, Sachs & Co., 25 NY3d at 1051 [Read, J., dissenting on other grounds] [describing the justifiable reliance requirement as “our venerable rule”]). …

Thus, any party seeking to establish a claim for fraud must show that it justifiably relied on the alleged fraudulent conduct. For sophisticated parties, this requirement is especially demanding. Transactional agreements often contain provisions in which a buyer disclaims relying upon information provided by the seller (except as expressly identified in the seller’s contractual representations and/or warranties), as well as affirmative representations from the buyer that it has not so relied but rather has performed its own investigation of the relevant or necessary information. Such disclaimers are often fatal to later fraud claims, as they rebuff any claim that the buyer reasonable relied on the sellers’ allegedly false statements. See Pappas v Tzolis, 20 NY3d 228, 233 (2012); RKA Film Fin., LLC v Kavanaugh, 171 AD3d 678, 678 (1st Dep’t 2019). I have written about the strategic use of such disclaimers in pre-transaction confidentiality agreements, or non-disclosure agreements (commonly referred to as NDAs). See Disclaimers and Non-Reliance Provisions in NDAs. The new First Department decision discussed below is a good example of how disclaimers in NDAs can protect the seller, as I pointed out in my earlier post. First Department Affirms Dismissal of Fraud Claims Based upon Disclaimers and Lack of Reasonable Reliance In a new, albeit short, decision of the Appellate Division, First Department, in Centre Lane Partners III, L.P. v Nature’s Bounty Co., 2021 NY Slip Op 02238 (1st Dep’t Decided April 13, 2021), such disclaimers in both the pre-transaction confidentiality agreement as well as the subsequent acquisition agreement and documents provided by the seller proved fatal to the attempted fraud claims. In affirming the Commercial Division’s dismissal of all claims, the First Department ruled that a settlement agreement barred the claims, but also added that the contractual disclaimers were dispositive as well: “The fraud cause of action is also vitiated by the extensive and detailed disclaimers of representations and warranties contained in the transaction documents, which preclude any claim of justifiable reliance (see Pappas v Tzolis, 20 NY3d 228, 233 [2012]; RKA Film Fin., LLC v Kavanaugh, 171 AD3d 678, 678 [1st Dept 2019]).” The language of the disclaimers there is instructive. The pre-transaction confidentiality agreement provided in simple language:

Recipient acknowledges that neither the Company nor LMM, and none of the respective officers, directors, employees, affiliates or controlling persons of the Company or LMM, makes any express or implied representation or warranty as to the completeness and accuracy of any Confidential Information, and Recipient agrees that none of such persons shall have any liability to Recipient or any of Recipient’s Representatives relating to or arising out of any use of any Confidential Information or for any errors therein or omissions therefrom. Recipient agrees that Recipient shall be entitled to rely solely on such representations and warranties as may be made by the Company to Recipient in a definitive agreement relating to a Transaction, if any, and then only subject to the terms and conditions of such agreement.

No Additional Representation or Warranties. Except as provided in this Article III, neither Seller nor any of its Affiliates, nor any of their respective directors, officers, employees, stockholders, partners, members or representatives has made, or is making, any representation or warranty whatsoever to Purchaser or its Affiliates and no such party shall be liable in respect of the accuracy or completeness of any information provided to Purchaser or its Affiliates. Without limiting the foregoing, Purchaser acknowledges that Purchaser, together with its advisors, has made its own investigation of the Group Companies and is not relying on any implied warranties or upon any representation or warranty whatsoever as to the prospects (financial or otherwise) or the viability or likelihood of success of the Business as conducted after the Closing, as contained in any materials provided by Seller or any of its Affiliates or any of their respective directors, officers, employees, shareholders, partners, members or representatives or otherwise. For the purposes herein, any information provided to, or made available to, Purchaser by Seller or any of its Affiliates shall include any and all information that may be contained or posted in the Data Room.

No Outside Reliance. Notwithstanding anything contained in this Article IV or any other provision hereof, Purchaser acknowledges and agrees that neither Seller nor any of its Affiliates, agents or representatives is making any representation or warranty whatsoever, express or implied, beyond those expressly given in Article III, including any implied warranty or representation as to condition, merchantability, suitability or fitness for a particular purpose or trade as to any of the assets of the Group Companies. Without limiting the generality of the foregoing, it is understood that any cost estimates, financial or other projections or other predictions that may be contained or referred to in the Schedules hereto or elsewhere, as well as any information, documents or other materials (including any such materials contained in any “data room” or reviewed by Purchaser pursuant to the Confidentiality Agreement) or management presentations that have been or shall hereafter be provided to Purchaser or any of its Affiliates, agents or representatives are not and will not be deemed to be representations or warranties of Seller or any of its Affiliates, and no representation or warranty is made as to the accuracy or completeness of any of the foregoing except as may be expressly set forth in this Agreement. Except as otherwise expressly set forth in this Agreement, Purchaser understands and agrees that any inventory, equipment, vehicles, assets, properties and business of the Group Companies are furnished “as is”, “where is” and subject to the representations and warranties contained in Article III, with all faults and without any other representation or warranty of any nature whatsoever.

A memorandum provided by the seller additionally provided that it was subject to the confidentiality agreement, as well as the following disclaimer:

None of the Company, LMM or any of their respective affiliates or representatives assumes responsibility for, or makes any representation or warranty (expressed or implied) as to the accuracy, adequacy or completeness of the information contained in this Memorandum or any other written or oral communication transmitted or made available to any interested party. Each of the Company and LMM, on behalf of itself and its affiliates and representatives, expressly disclaims any and all liability for, or based in whole or in part on, such information, errors therein or omissions therefrom. Only those particular representations and warranties that are made by the Company in a definitive written agreement, when, as and if it is executed and subject to such limitations and restrictions as may be specified in such definitive agreement, shall have any legal effect.

The memorandum also stated that the information and statements contained therein were prepared “to assist potentially interested parties in deciding whether to proceed with their own independent, in-depth investigation and analysis of the Company” and that the buyers “must conduct their own independent, in-depth investigation and analysis of the Company and the information set forth in this Memorandum, as well as any other information communicated or made available to such parties, and must satisfy themselves as to the accuracy, adequacy and completeness of all such information.” Commentary The reasonable reliance element in fraud claims is a very important aspect of any attempt to allege fraud. In M&A transactions, contractual disclaimers can be dispositive of any attempted fraud claim. The language in the various transactional documents above is instructive. Sellers are well-advised to incorporate such disclaimers generously while buyers should be on guard to limit the scope and effect of such disclaimers.
← Kevin Schlosser Writes, "Courts Continue to Traverse the Intersection Between Fraud and Breach of Contract Claims"
Kevin Schlosser Writes, "Duty of Inquiry Looms Large in Dismissal of Actionable Fraud Claim Under Statute of Limitations" →