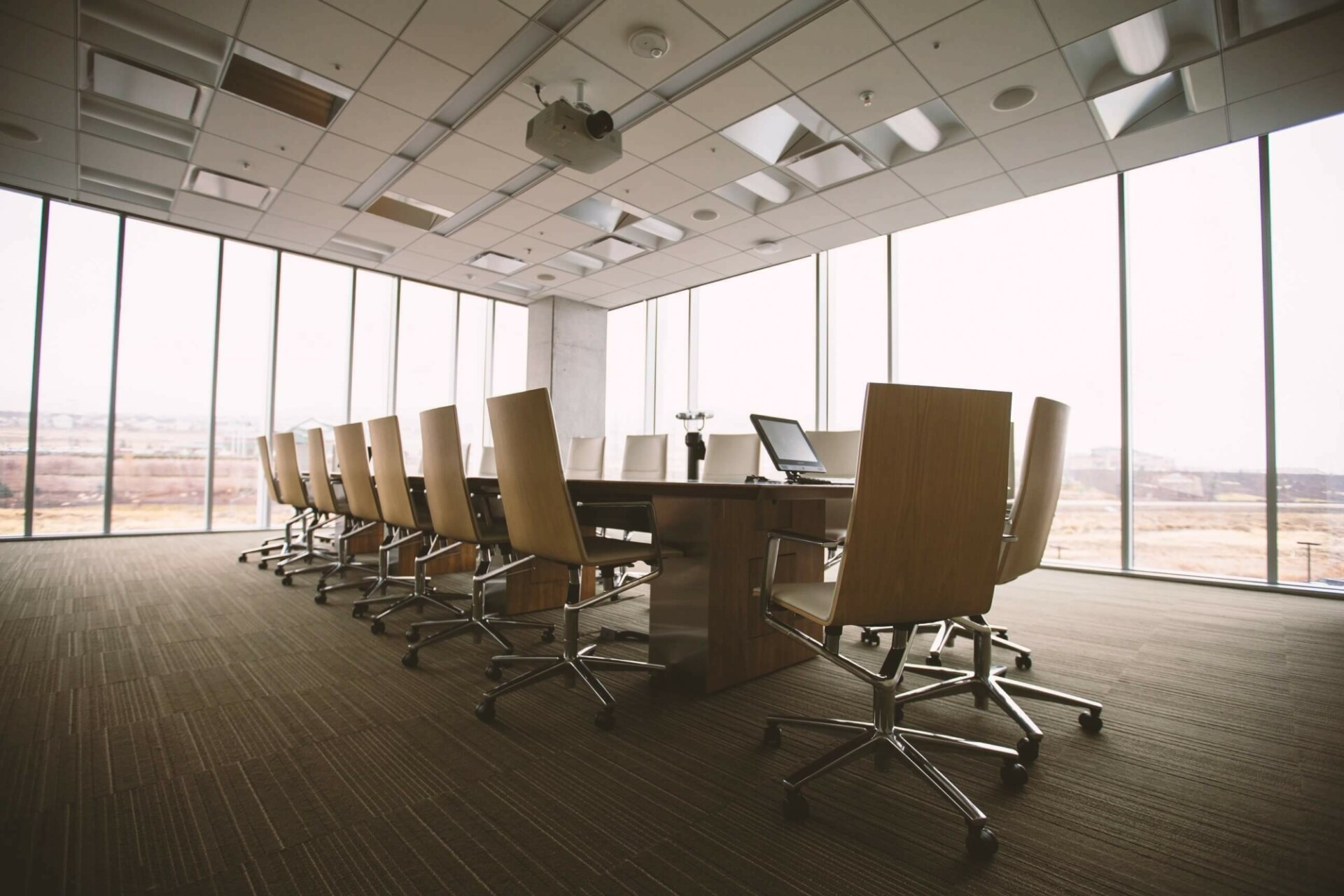 As explained in my previous posts, there are special rules that the courts apply to arbitration clauses in contracts when the entire contract is being challenged based upon a claim of fraudulent inducement. Given that courts like to see disputes resolved through arbitration, they take pains to enforce contractual arbitration clauses. For example, if the agreement to arbitrate is part of a broader agreement, courts focus on whether the arbitration provision itself was the subject of a scheme to defraud, rather than the entire agreement. Thus, even when there are grounds to rescind a contract based upon established fraud, courts will still enforce provisions of that contract in which the parties agreed to arbitrate disputes regarding that contract unless it can be shown that the alleged fraud related specifically to the arbitration clause. So, even if the broader contract itself would be subject to rescission based upon fraud, the issue of fraud must be decided in arbitration. A recent decision of the Appellate Division, Second Department, addresses the issues and reinforces the favorable treatment of arbitration clauses — Zafar v Fast Track Leasing, LLC, 2018 NY Slip Op 04774 (2d Dep’t Decided on June 27, 2018). “Broad” Arbitration Clause In Zafar, the subject contract concerned plaintiffs’ promotion and marketing of defendant’s services to for-hire vehicle drivers. According to the Second Department: The contract contained “a broad arbitration provision which, in relevant part, mandated that ‘any dispute, controversy or claim arising out of or relating to [contract] shall be settled promptly by arbitration.’” The contract “also included a provision whereby [plaintiff] acknowledged that the agreement was executed ‘voluntarily and without any duress or undue influence,’ and that [plaintiff] understood the terms, consequences, and binding effect of the” contract. The contract also “contained a moral turpitude clause which provided that [defendant] could immediately terminate the [contract] via certain notice provisions, without a right to cure by [plaintiff], at any time following the time that it became aware that [plaintiff] or any [plaintiff] representative had committed any act or become involved in any situation or occurrence which brought [defendant] or [plaintiff] ‘into public disrepute, scandal or ridicule,’ shocked or offended the community, or ‘derogate[d] from the public image.’” The Underlying Dispute As relevant to the appeal, defendant terminated the contract pursuant to the moral turpitude clause after it learned that one of plaintiff’s principals had been sentenced to a prison term upon his conviction of the crime of scheme to defraud in the first degree. The plaintiffs thereafter commenced an action in court against the defendants, alleging fraud, unjust enrichment and breach of fiduciary duty, seeking to impose a constructive trust in connection with the contract. The defendant then moved pursuant to the Federal Arbitration Act (9 USC § 1 et seq.) and CPLR 7503(a) to compel the plaintiffs to arbitrate the dispute pursuant to the arbitration provision of the contract and to stay the court proceedings pending arbitration. The Supreme Court granted the defendants’ motion, and the plaintiffs appealed. Second Department Reinforces Arbitration Clauses The Second Department affirmed, reinforcing the vitality of arbitration provisions. Although the arbitration clause in the contract was fairly standard (requiring that “any dispute, controversy or claim arising out of or relating to [contract] shall be settled promptly by arbitration”), the Second Department viewed this as the requisite “broad” language sufficient to uphold the arbitration requirement even in the face of the fraud claim. As reviewed in my earlier post, the Second Department’s view of the arbitration clause as “broad” was consistent with the way the courts treat these arbitration provisions: Examples of “broad” arbitration clauses for these purposes are found in Anderson St. Realty Corp. v New Rochelle Revitalization, LLC, 78 AD3d 972 (2d Dep’t 2010)(“the arbitration clause was broad, since it applied if ‘any disagreement, deadlock, interpretation or dispute shall arise’ under the … agreement”); Riverside Capital Advisors, Inc. v Winchester Global Trust Co. Ltd., 21 AD3d 887 (2d Dep’t 2005)(“An arbitration clause in the severance agreement stated that ‘any controversy or claim arising out of or in relation to this Agreement or the breach thereof will, to the fullest extent permitted by law, be settled by arbitration.’”); and Ferrarella v Godt, 131 AD3d 563 (2d Dep’t 2015)(“Stock Purchase Agreement contained an arbitration clause which provided, in pertinent part: ‘In the event any dispute shall arise pursuant to any term or provision of this Agreement, the same shall be settled by arbitration in accordance with the rules and regulations of the American Arbitration Association (hereinafter ‘AAA’) within the County of Queens.’”). In Zafar, the Second Department ruled:

A party may not be compelled to arbitrate a dispute unless there is evidence which affirmatively establishes that the parties clearly, explicitly, and unequivocally agreed to arbitrate the dispute (see God’s Battalion of Prayer Pentecostal Church, Inc. v Miele Assoc., LLP, 10 AD3d 671, 672, affd6 NY3d 371). Under both federal and New York law, unless it can be established that there was a grand scheme to defraud which permeated the entire agreement, including the arbitration provision, a broadly worded arbitration provision will be deemed separate from the substantive contractual provisions, and the agreement to arbitrate may be valid despite the underlying allegation of fraud (see Riverside Capital Advisors, Inc. v Winchester Global Trust Co. Ltd., 21 AD3d 887, 889; Stellmack A.C. & Refrig. Corp. v Contractors Mgt. Sys. of NH, 293 AD2d 956, 957; see also Cologne Reins. Co. of Am. v Southern Underwriters, 218 AD2d 680).

The broad arbitration clause in the [contract], together with the other provisions of the [contract], demonstrate that the plaintiffs explicitly and unequivocally agreed to arbitrate the matters that are the subject of this action. In addition, the plaintiffs’ bare conclusory assertions of fraud failed to establish that any alleged fraud was part of a grand scheme that permeated the entire agreement, including the arbitration clause (see Matter of Weinrott [Carp], 32 NY2d 190, 197; Cologne Reins. Corp. of Am. v Southern Underwriters, 218 AD2d at 681).

Commentary It may seem logical that if a party is induced by fraud to enter into a contract, the entire contract is vulnerable to the fraud claim, and thus, rescission. However, when it comes to arbitration provisions in the challenged contract broadly requiring arbitration as the means of resolving all disputes concerning that contract, the courts will enforce that arbitration requirement unless the alleged fraud relates specifically to the arbitration clause in particular. Thus, the dispute concerning the contract is still subject to arbitration for the resolution of the claims, including the fraud claims. Click here for Kevin Schlosser's Blog
← Kevin Schlosser Authors, "New York High Court Reinforces Justifiable Reliance and Loss Causation in Fraud"
Kevin Schlosser Authors,"Third Department Finds Reliance Justified Even When Information Allegedly Concealed Was Publicly Available" →