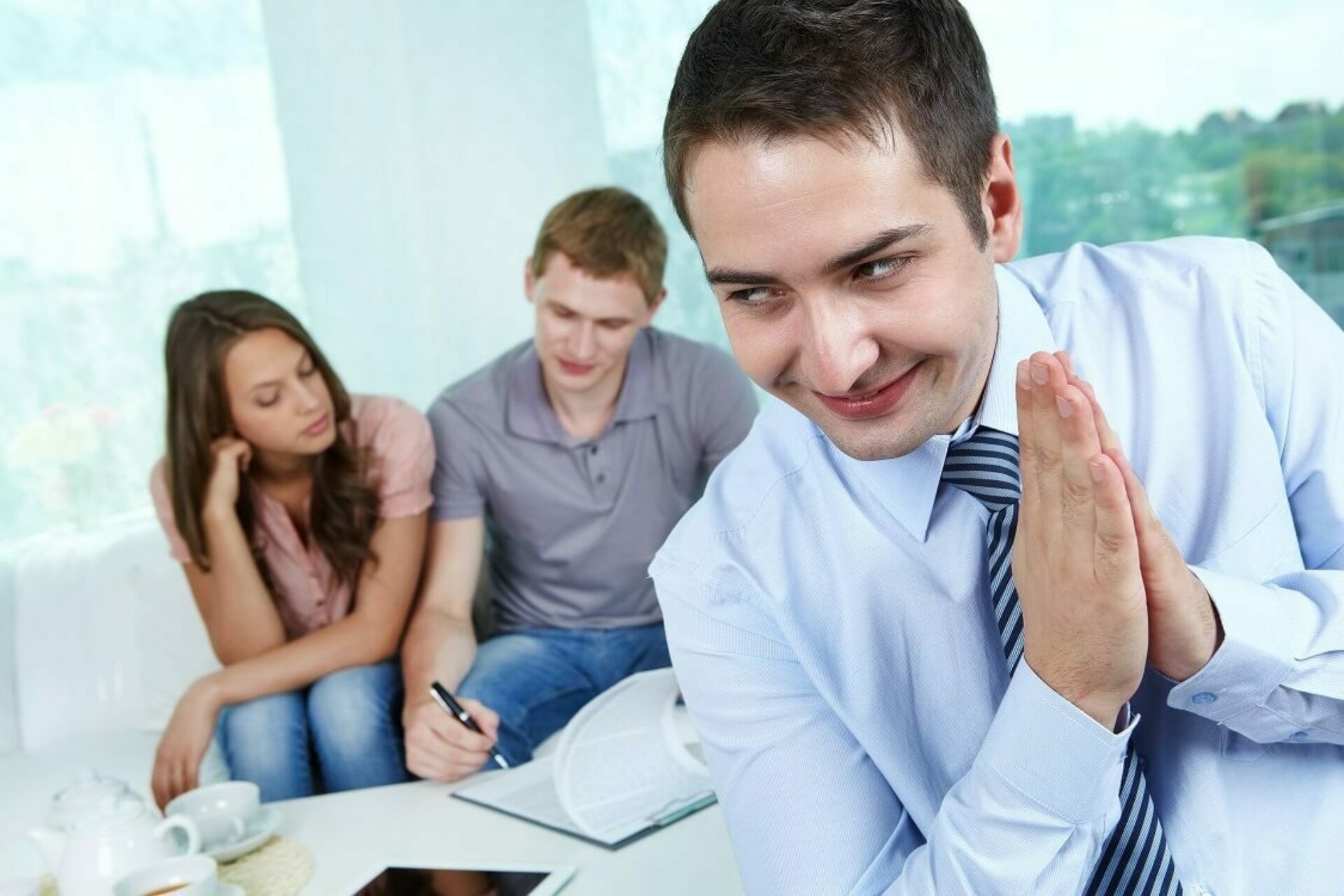 Jan 21, 2020Litigation & Dispute Resolution
I have previously written about the enforceability of contractual arbitration provisions, jury waivers and forum selection clauses in the face of challenges based upon fraudulent inducement. The courts do not always treat these issues entirely consistently. With arbitration provisions, courts require the alleged fraud to relate specifically to the arbitration clause of the contract rather than the entire contract in order to disregard the arbitration agreement. See my post. With jury waivers, courts are willing to disregard the contractual jury waiver based merely upon allegations of fraudulent inducement of the contract as a whole and not particularly concerning the jury waiver. See my post. Although this may seem inconsistent, the different treatment could be explained based upon the courts’ propensity to interpret and apply arbitration provisions liberally and broadly to encourage alternative dispute resolution (thus less willing to strike out arbitration provisions), while construing jury waivers strictly so as to avoid depriving the right to trial by jury. Confusion on Jury Waivers The decisions on jury waivers alone have not always been a picture of clarity. It does appear that there is a growing trend in the courts to refuse to enforce contractual jury waivers where the contract in which they are contained is being challenged based upon a claim of fraudulent inducement and the remedy sought is in the form of rescission rather than mere damages. This is a bit perplexing given that a claim for rescission of a contract based upon fraudulent inducement would appear to be equitable in nature, and therefore, not triable by a jury in any event. I lay out this interesting situation below, as recently brought to the forefront by the decision of the Appellate Division, First Department, in Ambac Assur. Corp. v Countrywide Home Loans Inc., 2020 NY Slip Op 00367 (1st Dep’t Decided Jan. 16, 2020). In Ambac, the First Department granted reargument from its earlier decision in September 2019, in Ambac Assur. Corp. v Countrywide Home Loans Inc., 2019 NY Slip Op 06570 [175 AD3d 1156] (1st Dep’t 2019), and, among other things, made it even clearer that it considered the jury waiver provision unenforceable based upon a claim of fraudulent inducement:

On the other hand, the First Department ruled that a jury was not required to adjudicate a different claim that amounted to “equitable relief”:

Finally, the court erred in failing to grant BAC’s motion to strike Ambac’s jury demand for its secondary-liability claim against BAC. Ambac is not entitled to a jury trial on its claims against BAC because the jury demand, regardless of whether or not it is disallowed by the contractual jury waiver, seeks more than “a judgment for a sum of money only” under CPLR 4101(1). It also seeks a declaration that BAC is Countrywide’s successor by virtue of a de facto merger, which would render BAC jointly liable for any unpaid “judgment for a sum of money” against Countrywide. This is an equitable remedy, which must be decided by a court.

To the extent that the Court intended to affirm the IAS court’s ruling on Countrywide’s motion to strike [the jury demand], Countrywide respectfully requests leave to appeal that issue to the Court of Appeals. First, the IAS court’s denial of Countrywide’s motion to strike rested on Ambac Assurance Corp. v. DLJ Mortgage Capital, Inc. (“DLJ”), 102 A.D.3d 487 (1st Dep’t 2013). But that decision and others like it depend on precedents and reasoning that are no longer good law. Second, this Court’s decisions since DLJ have created confusion about the circumstances when (if ever) a party may simultaneously sue to enforce a contract and seek to void a jury waiver in that contract.

a. DLJ is inconsistent with Court of Appeals precedent

Federal Housecraft, however, is no longer good law. It has not been since 1973, when the Court of Appeals rejected the rule that general allegations of fraudulent inducement defeat an arbitration clause. In re Weinrott (Carp), 32 N.Y.2d 190, 196–99 (1973). Weinrott held that, because arbitration clauses are separable from the substantive provisions of a contract, the party resisting arbitration must show that it was fraudulently induced to agree to the arbitration clause in particular. Id. at 198; see also Rokeby-Johnson ex rel. Sturge Syndicate v. Ky. Agric. Energy Corp., 108 A.D.2d 336, 341 (1st Dep’t 1985) (applying Weinrott to forum selection clauses).6

To Countrywide’s knowledge, no appellate court has considered the impact of Weinrott on Federal Housecraft. Courts, therefore, have continued (incorrectly) to apply the Federal Housecraft rule in dozens of cases.7 The Court should give the Court of Appeals an opportunity to align the law on jury waivers with its current arbitration jurisprudence. Such a ruling also would promote the long-standing equitable principle that litigants “may not at the same time rely upon [a contract] as the foundation of their claim for damages and repudiate the provisions by which they waived their constitutional right to a jury trial.” Leav v. Weitzner, 268 A.D. 466, 468 (1st Dep’t 1944); accord O’Brien v. Moszynski, 101 A.D.2d 811, 812 (2d Dep’t 1984).

Independent of the Weinrott rule, the Court’s recent decisions have created uncertainty concerning when (if ever) a party may sue for breach of contract and also void a jury demand in the same contract based on alleged fraudulent inducement.

This case is a perfect example. The IAS court relied on DLJ, which allowed a jury demand to stand alongside a breach of contract claim, despite a jury waiver, but DLJ provided scant explanation for that conclusion. DLJ states that where “fraudulent inducement is plaintiff’s primary claim . . . the provision of the agreement that waives the right to trial by jury does not apply. It is of no consequence that the complaint does not contain the word ‘rescission’ or expressly state that it challenges the validity of the insurance agreement.” DLJ, 102 A.D.3d at 487–88 (citing Stargate Films, 18 A.D.3d at 265) (internal citations omitted).

Since DLJ, this Court has cut back on DLJ’s broad language, but it has yet to articulate clearly when jury demands for fraud claims are permissible and when they are not, in the face of contractual jury-waiver provisions. Zohar CDO 2003-1 Ltd. v. Xinhua Sports & Entertainment Ltd., for instance, held that parties pleading fraudulent inducement could avoid a contractual jury waiver “under certain circumstances.” 158 A.D.3d 594, 594–95 (1st Dep’t 2018). “[S]uch circumstances,” the Zohar Court explained, were “not present” because “Plaintiffs merely seek to enforce the underlying agreements by obtaining damages for fraudulent inducement, rather than rescind the agreements, and do not challenge the validity of the agreements in any manner other than by making factual allegations of fraud in the inducement.” Id. (relying on Leav, 268 A.D. at 466). Similarly, in J.P. Morgan Securities Inc. v. Ader, the Court over a dissent limited DLJ to “certain circumstances,” and permitted a party to avoid the jury waiver because that party merely “relie[d] on the agreement as a basis for its defense against breach of contract allegations and a claim for reformation to recover overpayments.” 127 A.D.3d 506, 508 (1st Dep’t 2015). The dissent would have enforced the jury waiver because the party sought reformation and monetary damages rather than rescission. Id. at 508, 511–12 (Andrias, J., dissenting).

If the Court does not grant reargument and clarify its decision, as requested above, it should allow the Court of Appeals to resolve these issues once and for all, ensuring that procedural waivers apply consistently in New York courts.

This was responded to by the party seeking a jury trial as follows:

Even now, Countrywide concedes (Mem. 36 & n.7) that “dozens of cases” have held that contractual jury waivers do not apply to fraudulent-inducement claims. This concession sharply undercuts Countrywide’s argument (Mem. 34-36) that In re Weinrott (Carp), 32 N.Y.2d 190 (1973), overruled this line of (far-more recent) jury-waiver cases. Weinrott held only that an arbitration clause applies to a fraudulent-inducement claim unless that clause itself was fraudulently induced; it does not even mention jury-waiver clauses. See id. at 196-99. Indeed, Countrywide itself has recognized (App. Br. 28 n.5) that “there is a policy-based presumption in favor of arbitration and against jury waiver.” Compare Weinrott, 32 N.Y.2d at 199 (deciding to “encourage the use of” arbitration by stopping “parties … from using the courts as a vehicle to protract litigation”), with Cohn v. Adler, 139 A.D.2d 481, 483 (2d Dep’t 1988) (requiring that parties “clear[ly]” intend to waive their jury-trial right to a claim).

There is no reason to grant leave to appeal on such a well-settled issue.

As noted above, the First Department rejected the argument that jury trial waivers should be interpreted the same as arbitration provisions when challenged based upon claims of fraudulent inducement. Is Rescission Based Upon Fraudulent Inducement “Equitable” Relief? Interestingly, the First Department in Ambac (as quoted above) was willing to deny a jury trial of a claim it considered equitable, but did not consider the claim of fraudulent inducement challenging the contract to raise equitable relief. Odd. Although there is nondescript case law indicating the claim of fraudulent inducement can be tried by a jury, see, e.g., Poley v. Rochester Community Sav. Bank, 184 A.D.2d 1027, 584 N.Y.S.2d 690 (4th Dep’t 1992)(“the essence of that cause of action is that plaintiffs were fraudulently induced into making the contract, an issue that is triable by jury”), logic and case law are to the contrary. See New Media Holding Co., LLC v. Kagalovsky, 118 A.D.3d 68, 985 N.Y.S.2d 216, 224 (1st Dep’t 2014) (defendant waived right to jury trial by joining counterclaims for rescission with those for legal relief). Even if the jury waiver was ineffective based upon a claim of rescission arising from fraudulent inducement, query whether that claim seeks equitable relief for which no jury is allowed in any event. Click here for Kevin Schlosser's blog.
← Kevin Schlosser Authors, "Dismissal of Sophisticated Investor’s Attempted Fraud Claim Affirmed by First Department For Lack of Due Diligence"
Kevin Schlosser Authors, "Court Dismisses Fraud Claims Based Upon Contractual Disclaimers" →