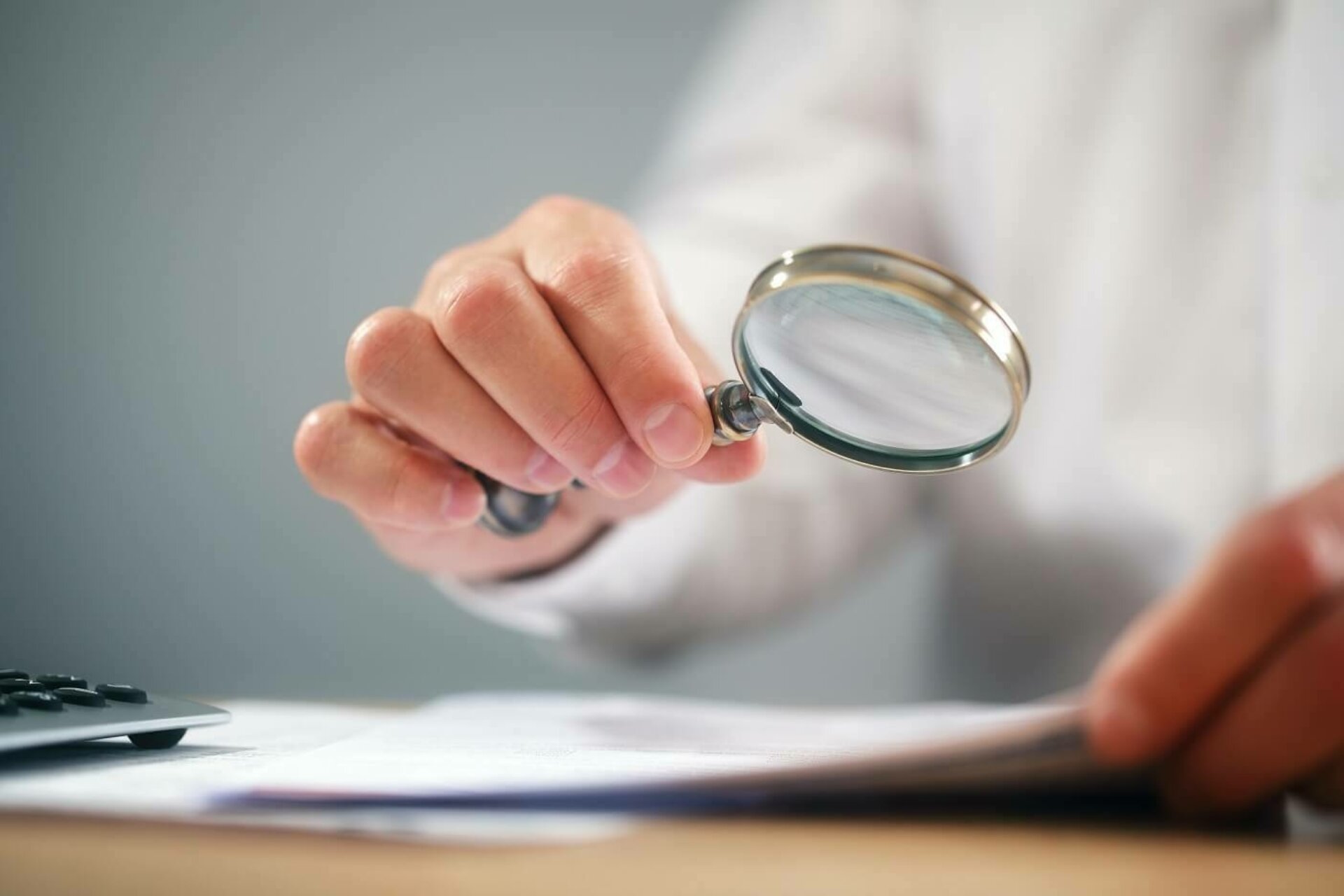 Feb 3, 2020Litigation & Dispute Resolution
Parties who enter into contracts have a tremendous opportunity to affect future fraud and fraudulent inducement claims relating to the contract or the subject transaction. For example, if a party is relying upon any state of facts, data, information or representations to enter into the contract, those matters relied upon should be contained explicitly in the contract, principally through representations and warranties. Stock and asset purchase and sale agreements, mergers and other acquisition contracts often contain elaborate representations and warranties, including in detailed schedules. Transactional lawyers know how important these are, and that they could have critical impact on any subsequent litigation regarding the transactions. Alleging a breach of such contractual representations and warranties is straightforward and easier to prove than proving fraud. If, on the other hand, if a party is not making representations upon which the other party is relying, and/or a party is relying largely on its own knowledge and investigation of the facts and information, it is wise to memorialize that in the contract as well, to prevent or mitigate against a later claim that there was such reliance. In that situation, contractual disclaimers of representations, warranties and reliance are equally critical. The more specific the disclaimer, the more effective it will be in barring a subsequent fraud claim. Disclaimers Danann Realty Corp. v Harris, 5 N.Y.2d 317 (1959) is still the leading Court of Appeals decision on contractual disclaimers relating to fraud claims. The Court described the plaintiff’s claims simply enough: “The plaintiff in its complaint alleges, insofar as its first cause of action is concerned, that it was induced to enter into a contract of sale of a lease of a building held by defendants because of oral representations, falsely made by the defendants, as to the operating expenses of the building and as to the profits to be derived from the investment.” The lower court dismissed this claim, but the Appellate Division reversed. The Court of Appeals described the issue before it as follows: “The basic problem presented is whether the plaintiff can possibly establish from the facts alleged in the complaint (together with the contract which was annexed to the complaint) reliance upon the misrepresentations … . We must, of course, accept as true plaintiff's statements that during the course of negotiations defendants misrepresented the operating expenses and profits. Such misrepresentations are undoubtedly material. However, the provisions of the written contract which directly contradict the allegations of oral representations are of equal importance in our task of reaching a decisive answer to the question posed in these cases.” The Court quoted the disclaimer in the contract at issue as follows:

‘The Purchaser has examined the premises agreed to be sold and is familiar with the physical condition thereof. The Seller has not made and does not make any representations as to the physical condition, rents, leases, expenses, operation or any other matter or thing affecting or related to the aforesaid premises, except as herein specifically set forth, and the Purchaser hereby expressly acknowledges that no such representations have been made, and the Purchaser further acknowledges that it has inspected the premises and agrees to take the premises ‘as is' * * * It is understood and agreed that all understandings and agreements heretofore had between the parties hereto are merged in this contract, which alone fully and completely expresses their agreement, and that the same is entered into after full investigation, neither party relying upon any statement or representation, not embodied in this contract, made by the other. The Purchaser has inspected the buildings standing on said premises and is thoroughly acquainted with their condition.’

The Court then ruled that the specific disclaimers in the contract barred a claim of reliance, and thus, fraud, distinguishing the particular disclaimers there from what it considered “general merger clauses” disclaiming any and all representations: “plaintiff has in the plainest language announced and stipulated that it is not relying on any representations as to the very matter as to which it now claims it was defrauded. Such a specific disclaimer destroys the allegations in plaintiff's complaint that the agreement was executed in reliance upon these contrary oral representations.” New First Department Case The First Department’s new decision in Cestone v Johnson, 2020 NY Slip Op 00495 (1st Dep’t Decided January 23, 2020) shows how effective disclaimers can be to prevent fraud claims, even when the alleged misrepresentation is egregious. The plaintiff alleged that it purchased a promissory note from the defendant, and that the defendant had fraudulently failed to disclose that the loan had already been paid off by one of the guarantors before the plaintiff purchased the note. The lower court dismissed the claims for fraud in the inducement, fraud, conspiracy to commit fraud, and aiding and abetting fraud. The First Department affirmed, based upon the contractual disclaimers in the purchase agreement:

The court properly dismissed the fraud-based claims based on paragraph 6(b) of the note purchase agreement, which specifically disclaimed reliance on the alleged misrepresentation or omission that plaintiff now claims had defrauded her (see Danaan [sic] Realty Corp. v Harris, 5 NY2d 317, 320-321 [1959]). Under that provision, plaintiff represented that she had "adequate information concerning the business and financial condition of Borrower [Worldview] and . . . guarantor under the Note" and "independently and without reliance upon Seller . . . made her own analysis and decision to enter into this Agreement." She also disclaimed reliance on "any documents or other information regarding the credit, affairs, financial condition or business of or any other matter concerning the Borrower or any obligor."

No Special Knowledge Involved Bolstering its conclusion, the First Department noted that the information allegedly misrepresented was not within the particular knowledge of the defendants, and plaintiff had the means of ascertaining the true facts, so the element of reasonable reliance was lacking for that reason as well:

Further, the alleged misrepresentation or omission regarding Sarah's repayment of the loan was not "peculiarly within" defendants' knowledge (see Loreley Fin. [Jersey] No. 3 Ltd. v Citigroup Global Mkts. Inc., 119 AD3d 136, 143 [1st Dept 2014]; Basis Yield Alpha Fund [Master] v Goldman Sachs Group, Inc., 115 AD3d 128, 137 [1st Dept 2014]). Plaintiff, who was admittedly the sole director of Worldview, as well as the chair of Worldview's sole shareholder, Worldview Entertainment Holdings LLC, occupied a position that afforded her reasonable access to information about Worldview's finances, including whether the loan had been repaid by Sarah as the guarantor, before plaintiff purchased the note. Plaintiff cannot argue justifiable reliance on defendants' misrepresentation or omission where she had the means available to ascertain the status of the loan (see ACA Fin. Guar. Corp. v Goldman, Sachs & Co., 25 NY3d 1043, 1044 [2015]; HSH Nordbank AG v UBS AG, 95 AD3d 185, 194-195 [1st Dept 2012]).

Perhaps explaining why the Court was so quick to dismiss the claims, the First Department added for good measure that the claimed misrepresentation was speculative in any event: “In any event, the disclaimer aside, dismissal of the fraud claims is warranted on the alternative ground that plaintiff's contention that the note had been satisfied in advance of her purchase of it is ‘wholly speculative’ (Katz 737 Corp. v Cohen, 104 AD3d 144, 151 [1st Dept 2012], lv denied 21 NY3d 864 [2013]).” Commentary Parties have the ability to bar or bolster fraud claims through appropriate contractual language. Great care should be taken during the drafting stage of the relevant contract to anticipate potential claims of fraud and address the issues in the contract itself. The interplay and dynamic between the party acquiring the asset and the party selling it will dictate the language used. Those with an understanding of the consequences in actions for fraud will be well equipped. Click here for Kevin Schlosser's fraud blog.
← Kevin Schlosser Authors, "Jury Waiver Issues Concerning Fraudulent Inducement Claims"
Richard Fromewick Authors, "NASSAU TAX ASSESSMENT FILING EXTENDED" →