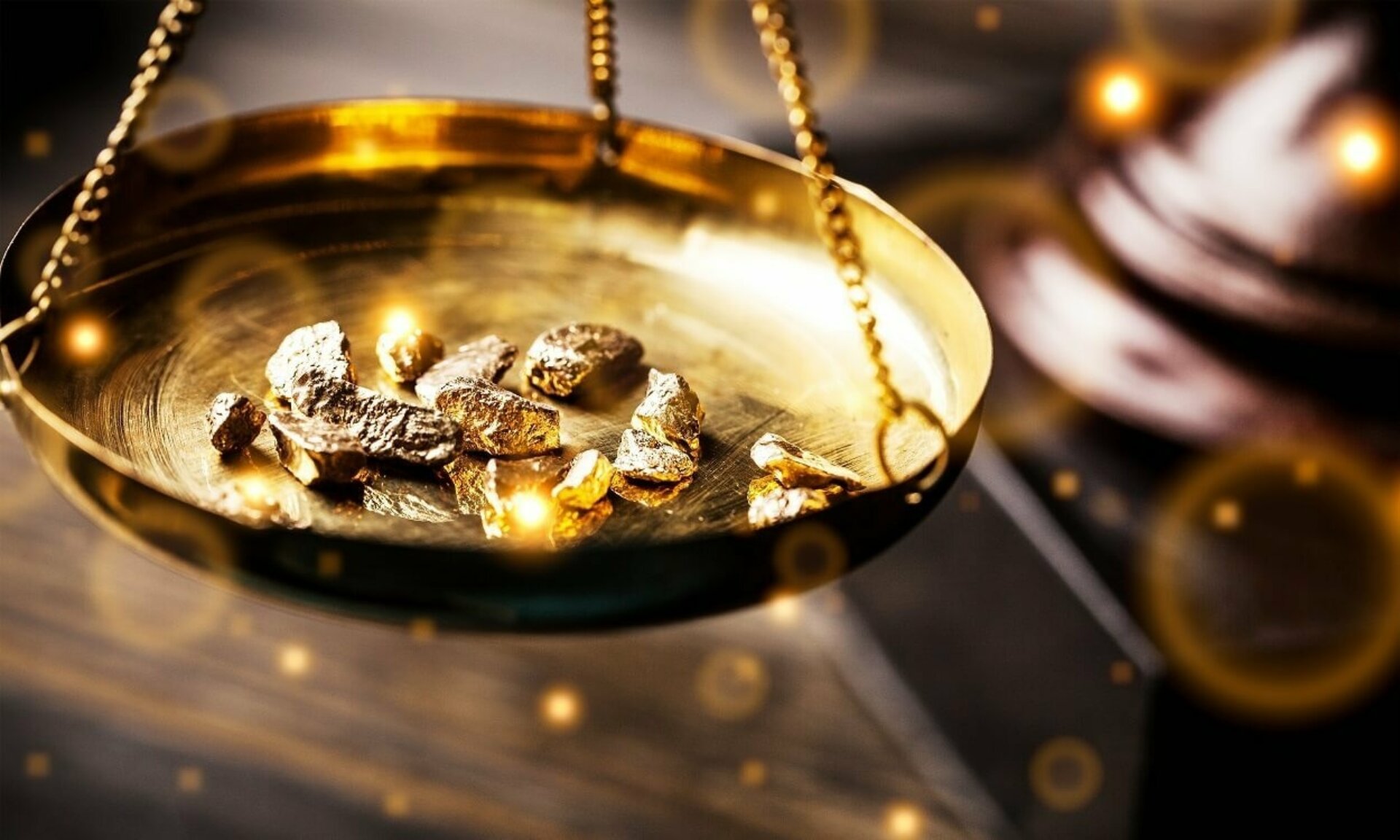 Jan 7, 2020Litigation & Dispute Resolution
As I have observed, the cause of action for fraud has powerful remedies, but with such power comes great responsibility. See my prior post: “What Do Fraud and Spiderman Have in Common? With Great Power Comes Great Responsibilities.” As discussed below, a new decision by the Appellate Division, First Department, in Unique Goals Intl., Ltd. v Finskiy, 2019 NY Slip Op 09381 (1st Dep’t December 26, 2019) is a case on point. Reasonable Reliance In addition to being required to plead actual fraud with specificity, and prove such fraud by clear and convincing evidence, those seeking to establish a claim for fraud must act diligently and prudently to protect themselves from the fraudulent conduct of others. That is exemplified by the element of reasonable, or justifiable, reliance in the cause of action for fraud. The New York Court of Appeals in Ambac Assur. Corp. v Countrywide Home Loans, Inc. 2018 NY Slip Op 04686 [31 NY3d 569] (2018) set out the basic elements of fraud, and emphasized that the particular element of “reasonable reliance” is based upon public policy:

The required elements of a common-law fraud claim are “a misrepresentation or a material omission of fact which was{**31 NY3d at 579} false and known to be false by [the] defendant, made for the purpose of inducing the other party to rely upon it, justifiable reliance of the other party on the misrepresentation or material omission, and injury” (Pasternack v Laboratory Corp. of Am. Holdings, 27 NY3d 817, 827 [2016] [citations and internal quotation marks omitted]). Justifiable reliance is a “fundamental precept” of a fraud cause of action (Danann Realty Corp. v Harris, 5 NY2d 317, 322 [1959])… ACA Fin. Guar. Corp. v Goldman, Sachs & Co., 25 NY3d at 1051 [Read, J., dissenting on other grounds] [describing the justifiable reliance requirement as “our venerable rule”]). …

Thus, any party seeking to establish a claim for fraud must show that it reasonably relied on the alleged fraudulent conduct. For sophisticated parties, this requirement is especially demanding. The First Department made this particularly clear in in MP Cool Invs. Ltd. v. Forkosh, 2016 N.Y. Slip. Op. 05944 [142 AD3d 286] (1st Dep’t Sept. 1, 2016). See my prior post on the MP Cool case. Unique Goals case In Unique Goals, the First Department has, once again, emphasized the duty imposed upon a sophisticated investor to perform adequate due diligence to ferret out fraudulent misrepresentations. The plaintiffs in Unique Goals were three entities controlled by one individual whom the First Department tellingly described as “a wealthy Russian businessman” – a description that would portend the ultimate decision. Plaintiffs alleged they were fraudulently induced by defendant Maxim Finskiy, whom the Court also noted was “a wealthy Russian businessman,” and the other defendants, entities under his control or otherwise affiliated with him, to purchase defendants’ controlling interest in a gold-mining company called White Tiger Gold, Ltd. (“White Tiger”). While the details of the fraud allegations are set out in the comprehensive decision of Commercial Division Justice O. Peter Sherwood, the First Department “summarized” the allegations as follows:

“[P]laintiffs allege that defendants misled them about White Tiger’s financial condition and the gold reserves of its mines, principally by means of (1) Finskiy’s oral statements to his personal friend Yanchukov [the “wealthy Russian businessman” who controlled each of the plaintiffs], (2) a false report publicly filed pursuant to the securities laws of Canada (where White Tiger was listed on the Toronto Stock Exchange), and (3) false information provided to a consulting firm engaged by plaintiffs to prepare a report for them on White Tiger.

Plaintiffs alleged several causes of action against the defendants: Fraud, conspiracy to commit fraud, unjust enrichment and breach of fiduciary duties. Defendants moved to dismiss each cause of action on various grounds under CPLR 3211. On the fraud claims, Justice Sherwood cogently and succinctly granted the motion to dismiss, finding plaintiffs had not diligently protected themselves from the alleged fraud:

Critically, “[r]eliance must be found to be justifiable under all the circumstances before a complaint can be found to state a cause of action in fraud” ( VisionChina Media, Inc. v Shareholder Representative Servs., LLC, 109 AD3d 49, 57 [1st Dept 2013] [internal quotation marks and citation omitted]). “Sophisticated investors,” like plaintiffs, “must show they used due diligence and took affirmative steps to protect themselves from misrepresentations by employing what means of verification were available at the time” (id. [citation omitted]). Although the complaint here attempts to cast Yanchukov as a newcomer to the mining business who relied on his close, personal friend Finskiy to guide him, Yanchukov, plainly, is a sophisticated businessperson with access to plentiful resources to protect himself and his investments, to obtain the requisite inspections and perform the necessary due diligence. While he may have lacked experience in the mining industry, he clearly had the resources necessary to obtain expert advice or, indeed, do an investigation. Moreover, to the extent that plaintiffs argue they were forced to rely on Finskiy’s representations about, e.g., the amount of gold reserves because an independent study would have been time and cost prohibitive, they could have required warranties that these facts are true be included in their purchase documents (see DDJ Mgt., LLC v Rhone Group LLC, 15 NY3d 147, 154 [2010] [holding that in contract negotiations between sophisticated parties, justifiable reliance element sufficiently alleged where plaintiff “has gone to the trouble” of insisting written agreement includes warranties that certain facts are true]). Further, where a sophisticated plaintiff conducts no due diligence, he cannot demonstrate reasonable reliance as a matter of law (MAFG Art Fund, LLC v Gagosian, 123 AD3d 458, 459 [1st Dept 2014]). Such is the case here. Accordingly, the fraud claim is dismissed.

Of course, having dismissed the underlying fraud claim, Justice Sherwood also dismissed the “conspiracy to commit fraud” claims as well. On appeal, the First Department affirmed this dismissal, like Justice Sherwood, finding the alleged reliance was unreasonable as a matter of law. In describing the facts, the First Department made particular note of plaintiffs’ failure to perform due diligence before entering into the transaction:

The complaint does not allege, however, that plaintiffs undertook an independent due diligence inquiry to verify defendants’ claims about White Tiger. Specifically, before closing the transaction, plaintiffs conducted neither their own review of White Tiger’s books and records nor their own geological survey of White Tiger’s mining properties. On the contrary, the complaint alleges that “plaintiffs were deceived into taking immediate action [in March and April of 2013] . . . to buy defendants out of White Tiger” by Finskiy’s representation that there existed an imminent prospect of the seizure of White Tiger’s assets by a major creditor, which creditor, Finskiy claimed, “had withheld funding to create an exigency.”

It was only after the closing of the deal that plaintiffs performed an “audit” and discovered that defendants had given them false information. In particular, plaintiffs then discovered that $30 million of White Tiger’s cash had been misappropriated instead of used to pay for drilling, as defendants had represented, and that White Tiger’s management had paid itself excessive bonuses. Plaintiffs also obtained a geological survey after the closing that revealed that previous management had substantially overstated both the amount of ore stored at and the provable gold reserves for the only mine owned by White Tiger, and that the mine’s remaining “life” was only four years, which was insufficient to generate enough ore to pay off White Tiger’s major creditor. In affirming the dismissal, the First Department emphasized the “sophisticated” nature of plaintiffs’ principal and the means he had available to have protected himself:

We affirm the dismissal of the fraud cause of action on the ground that the complaint fails to plead the element of justifiable reliance (see ACA Fin. Guar. Corp. v Goldman, Sachs & Co., 25 NY3d 1043, 1044 [2015] [if a plaintiff has failed to make use of “the means available to it of knowing, by the exercise of ordinary intelligence, the truth or real quality of the subject of the representation,” that plaintiff “will not be heard to complain that it was induced to enter into the transaction by misrepresentations”] [internal quotation marks and brackets omitted]; DDJ Mgt., [*2]LLC v Rhone Group L.L.C., 15 NY3d 147, 154-155 [2010] [a sophisticated investor claiming to have been defrauded must allege that it took reasonable steps to protect itself against deception]; VisionChina Media Inc. v Shareholder Representative Servs., LLC, 109 AD3d 49, 57 [1st Dept 2013] [“(s)ophisticated investors must show they used due diligence and took affirmative steps to protect themselves from misrepresentations by employing what means of verification were available at the time”]). Here, the financially sophisticated investors do not allege that they conducted due diligence to verify defendants’ representations about White Tiger’s financial condition and gold reserves, or even sought to do so, even though they were aware that White Tiger was experiencing financial difficulties. Accordingly, the complaint fails to state a legally sufficient cause of action for fraud (see RKA Film Fin., LLC v Kavanaugh, 171 AD3d 678 [1st Dept 2019]; MP Cool Invs. Ltd. v Forkosh, 142 AD3d 286, 291-292 [1st Dept 2016], lv denied 28 NY3d 911 [2016]; MAFG Art Fund, LLC v Gagosian, 123 AD3d 458, 459 [1st Dept 2014], lv denied 25 NY3d 901 [2015]).

Commentary Even when demonstrably false misrepresentations are made in connection with a transaction, there may be no remedy for the duped party if it cannot show it took reasonable steps to protect itself, perform adequate due diligence and afford itself of the available means to learn the true facts. As explained in Unique Goals, in which both the Commercial Division and First Department found due diligence lacking, even when the misrepresentations are made by a “personal friend,” the relevant circumstances must be reasonably investigated. Here, the “sophisticated” individual investor did not perform any due diligence, which doomed his claim of fraud. Although I have noted that the level of reasonable prudence and due diligence may not be exceedingly demanding, it is certainly advisable for a party to exercise care in ferreting out relevant information and include in the transactional documents representations and warranties of the material information relied upon. Click here for Kevin Schlosser's NY Fraud Claims blog.
← 2020 Estate Planning Opportunities
Kevin Schlosser Authors, "Jury Waiver Issues Concerning Fraudulent Inducement Claims" →