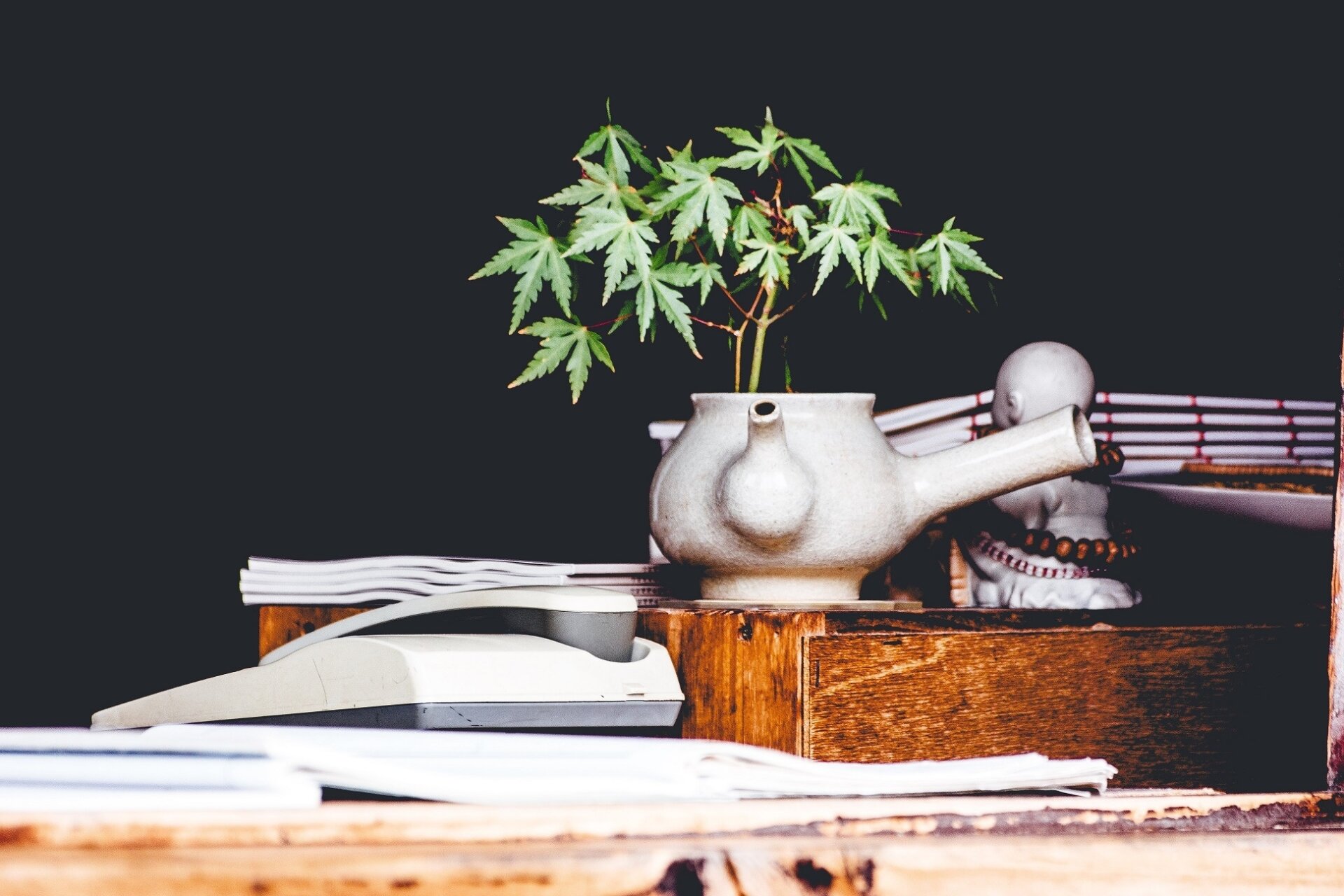 Mike Boyer achieved his goal of being the first customer to purchase marijuana from the first state licensed retail marijuana store in Spokane, Wash., emerging from the store on July 8 when the law went into effect shouting 'Go Washington' to a cheering crowd of fans and in front of local television cameras.

In return, his employer, Labor Ready, a temporary employment company, no doubt watching his grand achievement on television, ordered him to report for drug testing, which he was certain to fail as his employer had an internal employment policy permitting drug testing and the right to terminate an employee for failing such a test.1

While subsequent news reports indicate that Boyer may retain his job, there is no question that legal marijuana use by employees will pose significant challenges to employers in the coming years. With the recent passage of the Compassionate Care Act (CCA) permitting New Yorkers with serious medical conditions limited access to medical marijuana, New York courts will now have to address employer drug policies.

If and when, New York follows the apparent trend to full legalization, the issues will become even more complex. New York law prohibits adverse actions against employees who engage in lawful recreational activities under Labor Law 201-d, also known as the 'lawful activities statute,'2Yet, federal law prohibits marijuana use as it is designated as a Schedule I controlled substance pursuant to 21 U.S.C. §846—which means it is a drug with no legal use. Accordingly, how the New York courts will deal with this dilemma will surely be influenced by what courts are now holding across the country.

Decriminalization
Twenty-three states and the District of Columbia have decriminalized possession of medical marijuana for medical use.3 Alaska and Oregon voters will vote on the legalization of recreational marijuana in November, 2014. So far, only Washington and Colorado permit recreational use with federal law still classifying marijuana as a Schedule I Drug. Indeed, the federal government shows few signs of following the state-law trend, despite Attorney General Eric Holder's Justice Department announcing its 'Update to Marijuana Enforcement Policy' in 2013.4 In fact, the U.S. Department of Agriculture issued a memorandum to its employees on May 14, 2014, advising them that the 'use of marijuana for recreational purposes is not authorized under Federal law nor the Department's Drug free Workplace policies.'5

Similarly, the U.S. Department of Transportation maintains that 'it remains unacceptable for any safety-sensitive employee subject to drug testing…to use marijuana.'6 Yet, surely the trend is moving from not merely permitting medical marijuana use, but to full-blown legalization on the state level. For now, the question for employers is and will be: Can an employer terminate an employee who is found to be using marijuana on a medical basis (and eventually for recreational use) even though that use may be permitted under state law?

Only three states, Connecticut, Maine and Rhode Island, have laws prohibiting organizations from discriminating against workers solely based on their status as medical marijuana patients. Arizona and Delaware bar employers from discriminating against registered and qualifying patients who test positive for marijuana, with an exemption for employees who are impaired in the workplace.

Colorado's adult use marijuana law, its recreational marijuana law, states that it is 'not intended to require an employer to permit or accommodate the use, consumption, possession, transfer, display, transportation, sale or growing of marijuana in the workplace or effect the ability of employers to have policies restricting use of marijuana by employees.'7

Cases in Other States

Several cases have percolated through the court system in various states as they relate to the use of medical marijuana and an employer's rights in regard to an employee vis-à-vis the employer's written drug policies.

In the case of Curry v. MillerCoors, Mr. Curry, who was licensed by the state of Colorado to use medical marijuana, was fired by MillerCoors after he tested positive for marijuana in violation of MillerCoors' written drug policy.8 The court dismissed Curry's claims, including his claim of discriminatory or unfair employment practice under Colorado state law. The court rejected the allegation that MillerCoors violated Colorado's 'lawful activities statute'9 when it discharged him for using medical marijuana during non-working hours.10

While the court in Curry acknowledged that the use of marijuana was legal under state law, it held that 'lawful activity' for the purpose of Colorado law required that the activity be lawful under both federal and state law. Accordingly, the court held that Curry's state-licensed medical marijuana use was at the time of his termination subject to and prohibited by federal law and, thus, was not a lawful activity under the Colorado discrimination in employment statute.11

Likewise, in the matter of Coats v. Dish Network, the Colorado Court of Appeals determined that the state-licensed use of medical marijuana was not a 'lawful activity' within the meaning of the Lawful Activity Statute.12
In California, in Ross v. Ragingwire Telecommunications, plaintiff filed an action against a former employer for purportedly violating the California Fair Employment and Housing Act (FEHA) over the firing of the plaintiff employee for failing a marijuana test purportedly in violation of the Compassionate Use Act of 1996 permitting medicinal use of marijuana.

The California Supreme Court held that the FEHA did not require employer to accommodate an employee who used medical marijuana, and it upheld the dismissal of the complaint.13 Finally, in Casias v. Wal-Mart Stores, the U.S. Court of Appeals for the Sixth Circuit rejected an employee's wrongful discharge claim after he tested positive for marijuana, holding that the Michigan Medical Marijuana Act did not restrict a private employer's ability to discipline its employees.14

Challenges have also appeared to employment actions under the Americans with Disabilities Act (ADA) and state disability statutes. In Oregon, in Washburn v. Columbia Forest Products, plaintiff claimed that after he tested positive for marijuana use the employer terminated his employment unlawfully, discriminating against disabled persons as the plaintiff was a medical marijuana recipient.15

The Oregon court concluded that plaintiff was not a 'disabled person' within the meaning of the Oregon statute, and in his concurrence Justice Rivis Kistler noted that plaintiff's employment discrimination claim suffered from an additional defect, to wit, federal law preempts state employment discrimination law as to the extent that it requires employers to accommodate medical marijuana use.16

Federal courts have concurred, as demonstrated by the decision in Matter of James v. City of Costa Mesa, where the U.S. Court of Appeals for the Ninth Circuit determined that doctor-supervised marijuana use was not covered by the ADA's supervised medical exception. The court also determined that medical marijuana did not come within the ADA's exception for drug use 'authorized by the Controlled Substances Act or other provisions of federal law' as it denied plaintiff's ADA claim.18

What do these cases bode in terms of how New York courts will handle New York's CCA in an employment setting? Like Colorado, New York has a lawful activities statute. Labor Law §201-d provides, in pertinent part, that an employer may not discriminate against an employee who engages in certain activities considered 'recreational' which means 'any lawful, leisure time activity, for which the employer receives no compensation and which is generally engaged in for recreational purposes, including but not limited to sports, games, hobbies, exercise, reading, and the viewing of television, movies, and similar material.'19

Labor Law §201-d further provides that it is unlawful for an employer to take an adverse employment action based on 'an individual's legal use of consumable products prior to the beginning or after the conclusion of the employee's work hours, and off of the employer's premises and without use of the employer's equipment or other property.'20
As for the CCA, it does provide that a certified participant in the program should be deemed to have a 'disability' under the New York Human Rights Law. However, the CCA will not bar the enforcement of a policy prohibiting employees from performing their duties while impaired by a controlled substance nor shall the law require a person or entity to do any act that would force the violation of federal law.21 How medical marijuana use and the potential legalization of adult use of recreational marijuana will impact employers' rights in the workplace remains to be seen; however, New York courts at least now have some guidance from other states on the issue.

Two arguments supporting the rights of an employee to use marijuana without penalty will be (i) a marijuana user who participates in the program established by the CCA means that the employee is 'disabled' under the law and thus protected; and (ii) since smoking marijuana could be considered a recreational activity, not unlike the use of tobacco, any adverse employment action based on that use should be barred. There will also be pressure to force employers to revise their drug free workplace policies and drug testing regimens to exclude marijuana by virtue of the passage of the CCA.

Employers in New York will look to CCA §3369(2) and Labor Law §201-d(4) which provides, in pertinent part, that an employer will not be in violation of Labor Law §201-d(4) if 'the employer's actions were required by statute, regulation, ordinance or other governmental mandate or, the individual's actions were deemed by an employer or previous employer to be illegal…or to constitute…misconduct' to justify an employer's action. With no change in sight on a federal level, the law of the land will continue to treat marijuana as an unlawful drug creating inevitable conflict. These conflicts will only increase if New York moves toward legalization of marijuana for adult recreational use.

Accordingly, the split between federal law prohibiting marijuana use and the evolving laws of various states, including New York, permitting at least some measure of marijuana use will be placed in the hands of the courts to make sense of it all. With the CCA silent on its interplay with Labor Law 201-d, it is safe to say that the CCA and its interpretation is a work in progress largely dependent on the Colorado/Washington experiment which will prove to be fertile ground for developments in the case law addressing marijuana use and New York employment relationships.

← Kevin Schlosser Authors Official Comments of the Commercial Litigation Committee of the NCBA
A. Thomas Levin Served as Editor for the 2014 “Bench Book for Trial Judges – New York” →