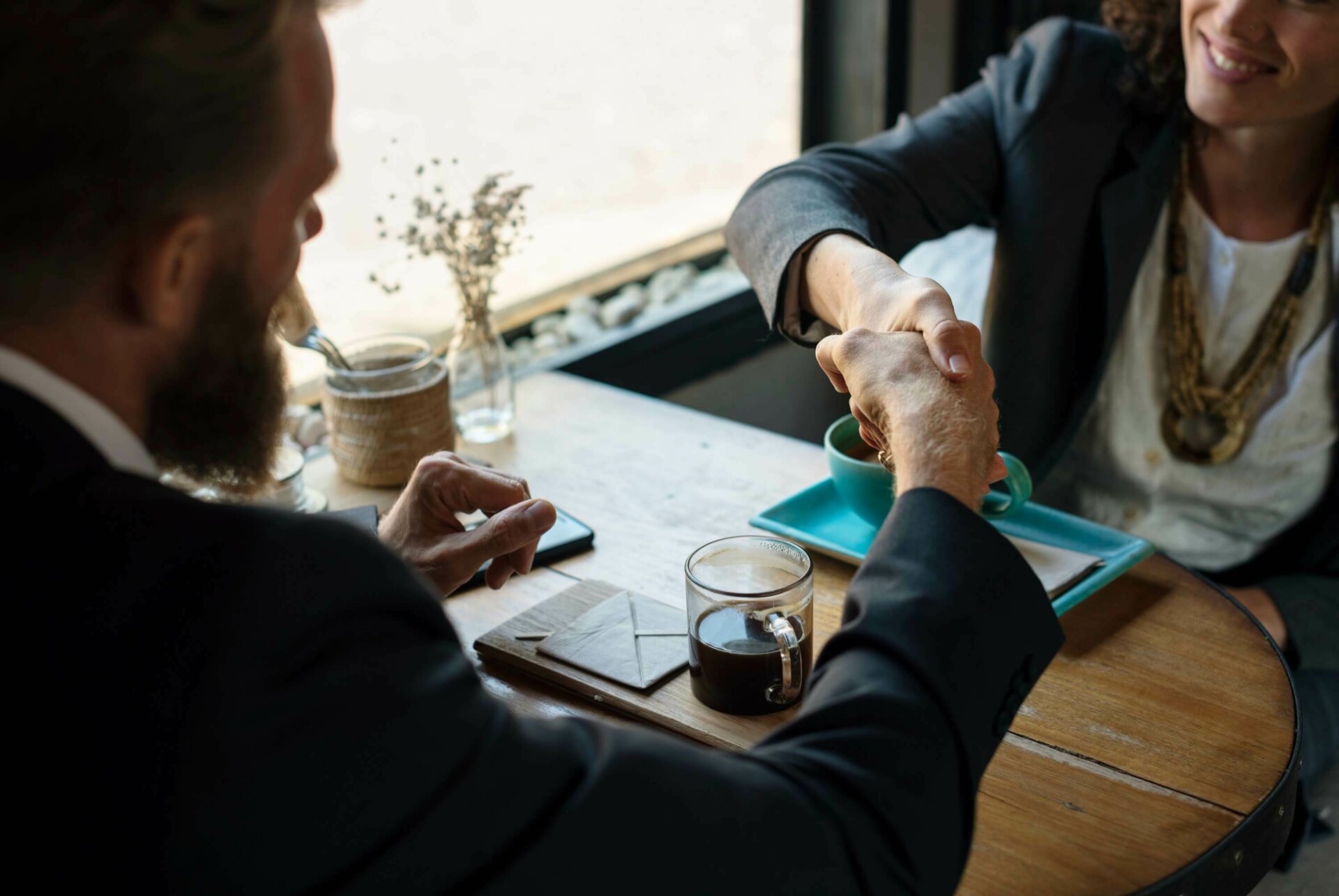 The American Association of University Women issued a report this year stating that, as of 2015, women working full time in the United States typically were paid just 80 percent of what men were paid. There have been various other studies, the results of which can be analyzed state by state and along racial and ethnic lines which either increase or decrease the gap. A new approach to bridge that gap has emerged. In Boston and Philadelphia (and soon in New York City), laws have been passed prohibiting employers from asking job candidates about their salary histories. Advocates argue that preventing such inquiries will help lessen the historical pay gap by stopping its perpetuation, leaving the employer and the prospective employee with a clean slate of sorts regarding pay. Employers maintain that preventing such inquiries prevents them from analyzing the market effectively and limits their ability to make an offer that fits within their economic model. There are a multitude of arguments and talking points on each side, but the fundamental question is: Does a law prohibiting this particular inquiry violate the employer's right to free speech under the First Amendment? The first challenge to this type of law is now pending in the U.S. District Court for the Eastern District of Pennsylvania in the case of The Chamber of Commerce for Greater Philadelphia v. City of Philadelphia, 17-cv-01548.

There is no question the City of Philadelphia's ordinance prohibits speech, the content of which has been specified by the ordinance itself, thus raising inevitable constitutional issues. The general right to free speech under the First Amendment is clear. It is, of course, subject to well-known limited exceptions. Reasonable laws that limit the time, manner and place of speech which do not address the content, but rather, when and how it is communicated are often upheld. Yet, content-based regulations are presumptively invalid. Simon & Schuster v. Members of N.Y. State Crime Victims Bd. , 502 U.S. 105 (1991). There are some exceptions such as obscenity, defamatory words, and fighting words to name a few. However, "when the Government restricts speech, the Government bears the burden of proving the constitutionality of its actions." U.S. v. Playboy Entertainment Group , 529 U.S. 803, 804 (2000).

There is also some speech that, while it may be protected, is entitled to less First Amendment protection than other speech—such as "commercial speech." Herein lays the core issue that the Eastern District of Pennsylvania will have to decide. There is no question that commercial speech is a form of protected speech. "A governmental body seeking to sustain a restriction on commercial speech must demonstrate that the harms it recites are real and that its restriction will in fact alleviate them to a material degree." Edenfield v. Fane , 507 U.S. 761, 762 (1993). "The protection available for particular commercial expression turns on the nature both of the expression and of the governmental interests served by its regulation." Central Hudson Gas & Electric v. Public Service Comm'n , 447 U.S. 557, 563 (1980). In Central Hudson, the court adopted a four-part analysis for assessing the validity of restrictions on commercial speech. First, the court determines whether the expression is constitutionally protected, to wit, it concerns lawful activity and is not misleading. Second, the court reviews whether the governmental interest is "substantial." If it is, the question is does the regulation directly advance the government interest asserted? Finally, the court evaluates whether the regulation is more extensive than necessary to serve that interest.

While "commercial speech" is entitled to the protection of the First Amendment, the protection is somewhat less extensive than that afforded noncommercial speech. Bolger v. Youngs Drug Products , 463 U.S. 60 (1983) If the speech is commercial in nature, the government's efforts to regulate such speech will be subject to the intermediate scrutiny or the rational basis test as opposed to the strict scrutiny standard generally applied in the First Amendment context. PSEG Long Island v. Town of North Hempstead , 158 F. Supp. 3d 149 (E.D.N.Y. 2016).

In Central Hudson, the court established that the restriction on commercial speech in that case was subject to intermediate scrutiny, that is, a determination of whether the restriction directly advances a substantial governmental interest and is not overly restrictive. 447 U.S. at 564. A restriction that does not directly and materially advance a substantial state interest, and is not narrowly tailored to serve those interests, cannot survive intermediate scrutiny. In Zauderer v. Office of Disciplinary Counsel of Supreme Court of Ohio , 471 U.S. 626 (1985), the court created an exception that an informational disclosure law—as opposed to a prohibition on speech—was subject to a rational basis analysis determining whether the required disclosure is reasonably related to the state's interest. The rational basis standard is the least exacting standard for the evaluation of speech in the First Amendment context. When the rational basis analysis applies, the Supreme Court has ruled that it will not require the government to demonstrate that the manner of restriction is absolutely the least severe that will achieve its desired end. As long as there is a "'fit' between the legislature's ends and the means chosen to accomplish those ends." The "fit" does not have to be perfect, but rather merely reasonable, leaving "governmental decisionmakers to judge what manner of regulation may be employed." Board of Trustees of State University of New York v. Fox , 492 U.S. 469, 481 (1989).

Strict scrutiny, however, is applied to content-based restrictions on speech. Thus, the government must demonstrate that the deprivation of free speech is the least restrictive means of achieving a compelling state interest. Playboy Entertainment Group, 529 U.S. at 813. If a less restrictive alternative would serve the government's purpose, the law making body must use that alternative. Accordingly, what standard of review applies will often make all the difference as to whether the law or ordinance will pass constitutional muster.

In regard to these wage equity ordinances, the primary question will be: Is the speech commercial or not? U.S District Judge Arthur D. Spatt tackled the issue in PSEG Long Island, noting that the Supreme Court has stated that the "the core notion of commercial speech" is that it "does 'no more than propose a commercial transaction,' quoting PSEG Long Island LLC, 158 F. Supp. at 163." Bolger, 463 U.S. at 66 (quoting Virginia Pharmacy Board, 425 U.S. at 762). The court has identified commercial speech as "expression related solely to the economic interests of the speaker and its audience." Central Hudson, 447 U.S. at 561. In Safelite Group v. Jepsen , 764 F.3d 258, 264 (2d Cir. 2014) the Second Circuit struck down a Connecticut statute prohibiting insurance companies and claims administrators from referring insureds to affiliated glass companies for repairs, unless they also gave the name of a competing glass company in the area. "Thus, emphasizing the economic interests of the speaker and its audience, the court in Safelite indicated that commercial speech ordinarily relates to the promotion of, or disclosure of information about, the speaker's products or services." PSEG Long Island, 158 F. Supp. at 163.

What is clear is that the case law dealing with commercial speech invariably deals with communications between a commercial enterprise and the consumer. Here, the focus of the parties' communications subjected to these wage equity ordinances does not include a consumer of the companies' products or services. Rather the communication is between a business and a prospective employee who hopes to be part of that business discussing facts unrelated to the core mission of the business even though it is "commercial" in nature. This begs the question as to whether every communication between an employer and a prospective and/or hired employee would be commercial speech and subject to being regulated by the government simply because the employer is a commercial enterprise? The law of unintended consequences requires, at least, that the question be asked and evaluated.

In sum, in the employment law context, some level of speech between an employer and an employee is off limits as a matter of law. For example, under the Americans with Disabilities Act employers are prohibited from asking questions that are likely to reveal the existence of a disability before making a job offer. Likewise, every employment lawyer knows that certain words should not be used in the workplace lest the employer finds itself fending off a hostile work environment claim. There are a multitude of other prohibited questions dealing with an applicant's age or past arrest history, leading proponents of the wage equity ordinances to question why this law should be viewed any differently from well-accepted lawful prohibitions on speech in the employment arena. Is the distinction between the wage-inquiry ordinances and other laws without a difference or does the prohibition at issue strike a fundamental constitutional note? The Eastern District of Pennsylvania will get the first crack at answering the question.

Reprinted with permission from the May 03, 2017 issue of New York Law Journal. 2017 ALM Media Properties, LLC. Further duplication without permission is prohibited. All rights reserved.