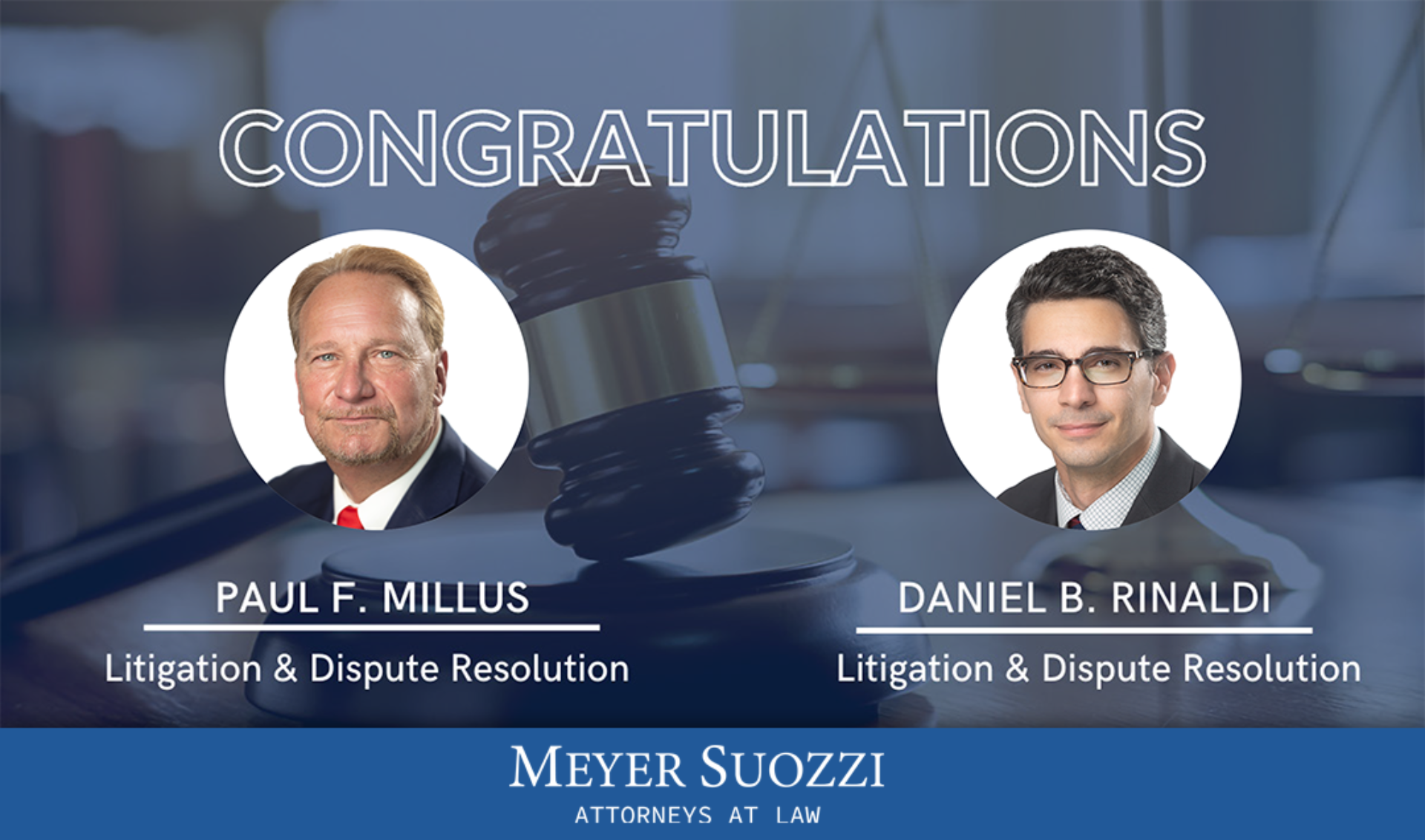 Members of the firm’s Litigation and Dispute Resolution group, Paul F. Millus and Daniel B. Rinaldi, recently obtained a victory in the Second Circuit Court of Appeals, to which the plaintiff in an employment discrimination matter appealed a summary judgment decision dismissing the action in its entirety. Mr. Millus and Mr. Rinaldi, who represented the defendants, Westchester Medical Center and New York Medical College, successfully argued that the plaintiff was not the victim of discrimination on the basis of either his age or national origin. The Second Circuit agreed and affirmed the District Court’s decision.