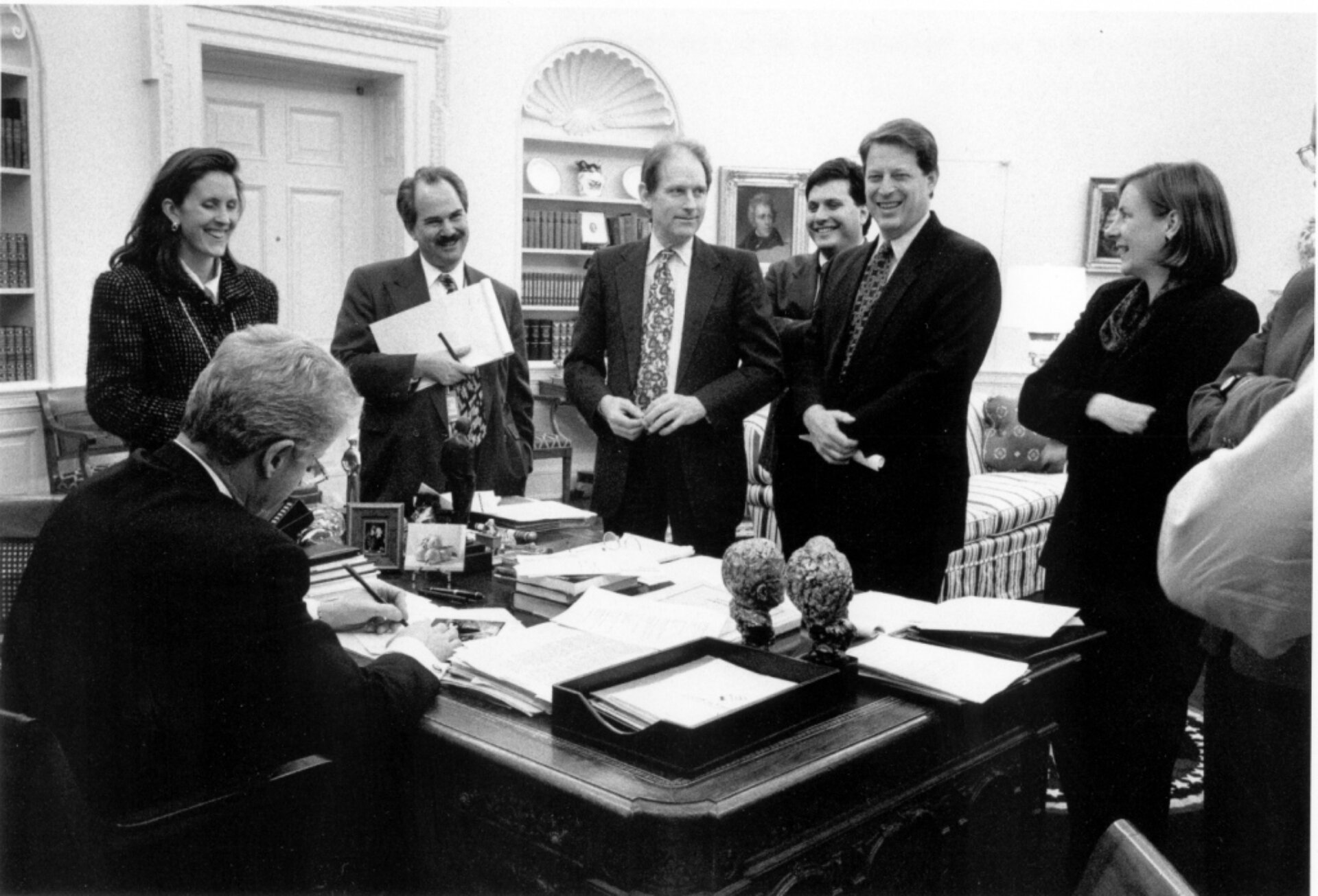 Barack Obama stands on the brink of capturing the presidential nomination in large part because of Democratic Party reforms initiated by the civil rights and anti-war movements of the 1960s -- movements in which Hillary Clinton's top strategist, Harold Ickes, was a key player.

After the Freedom Democratic delegation was denied seating by the virtually all white male Democratic Party establishment, Ickes -- then 24 -- went on to help organize the party's reformist Harold Hughes Commission, the precursor to the McGovern Commission.

The anger against entrenched power of the old-line Democratic Party intensified, and by 1968, young civil rights, women's rights, and anti-war activists were beaten in the streets of Chicago outside the convention hall, and the protests of dissidents were gaveled down by party bosses on the convention floor. The outrage gave birth to the Democratic Party's Commission on Party Structure and Delegate Selection, aka the McGovern Commission.

Writing in the January 1970 issue of Harper's about the '68 convention, McGovern described the 'tumultuous floor debate, bloodshed and tear gas in the streets...it also evokes the image of rigged procedures, a political party assembled to reach predetermined decisions. The convention became the shame of the Democratic Party.'

Coming out of the turmoil of the sixties, the 1972 McGovern rules, as they came to be known, radically altered the way Democrats pick their presidential nominees, opening up the political process by mandating proportional inclusion of previously excluded constituencies -- African Americans, voters under 30, and women.

All of the reforms adopted then, and modified over the years, have been in play this year, including the expanded role in party proceedings of blacks, women, and the young; the required use of proportional representation; and superdelegates.

One reform stands out particularly in Obama's march to victory: the much wider use of open caucuses as a key component of the nomination process. Caucuses differ from primaries in that participants must spend many hours in a complex rule-ridden bargaining process that determines how a precinct or ward will allocate its support among the presidential candidates.

Now, some 36 years after the adoption of the McGovern rules, caucuses as a vehicle for the selection of convention delegates have empowered a key Obama constituency: young and relatively well-educated social-cultural liberals -- just the class of political activists that Ickes and the Clintons came out of and made salient.

In the arcane caucus procedures, with turnout ranging from only two to eight percent of the eligible Democratic electorate (compared to voter participation rates in primaries ranging from 20 to 35 percent), smart and strategically savvy party activists make up a disproportionately large share of participants.

'The caucuses made Obama, there is no doubt about it,' argues University of Wisconsin political scientist Byron Shafer, the foremost expert on changes since the 1960s in the Democratic nominating process.

'Caucuses were the preferred institution of the reformers. The argument of the reform theorists was not about the gross bulk of participation, but about the character of the participation,' Shafer said. In a primary, 'you could go and vote, but it was limited: you pull the lever that was it. In a caucus, it wasn't that turnout would be lower, it was the quality of the turnout was higher.'

It would be difficult to overestimate the consequences for Obama of Democratic Party reforms promoting caucuses. If the caucus states were eliminated, Obama would not be the one on the verge of declaring victory.

In the 14 states that picked some or all of their delegates through caucus systems this year, Obama won 400 delegates to Clinton's 193, a 207 delegate advantage that more than accounts for his overall delegate lead.

An analysis (pdf) published on TalkLeft found that total Democratic voter participation in the caucus states amounted to 1.1 million people, compared to the 32.4 million voters in Democratic primaries, a ratio of 30 to one. Caucus participants made up 3.2 percent of the total of 33.5 million primary voters and caucus goers combined.

In contrast to the relatively close results in most primary states, Obama won many of the caucus states by huge margins, often substantially exceeding 60 percent. As a consequence, he piled up large numbers of delegates in the relatively low turnout contests.

Charles Stewart III of MIT did a separate analysis of primaries and caucuses with results similar to those of the Talk Left study, finding that in primary states, Clinton won 1,557.5 delegates, 16 more delegates than Obama's 1,521.5. In caucus states, Stewart found, Obama won 366 delegates, or 191 more than Clinton's 175.

In private, a number of Clinton strategists now acknowledge that they made a disastrous, if not fatal, mistake in failing to recognize the profound impact of the caucuses on the delegate count.

'We just thought we'd win the primaries, and the caucuses would follow along,' one key Clinton strategist said. 'It's on the top of the list of things we'd like to do over.'