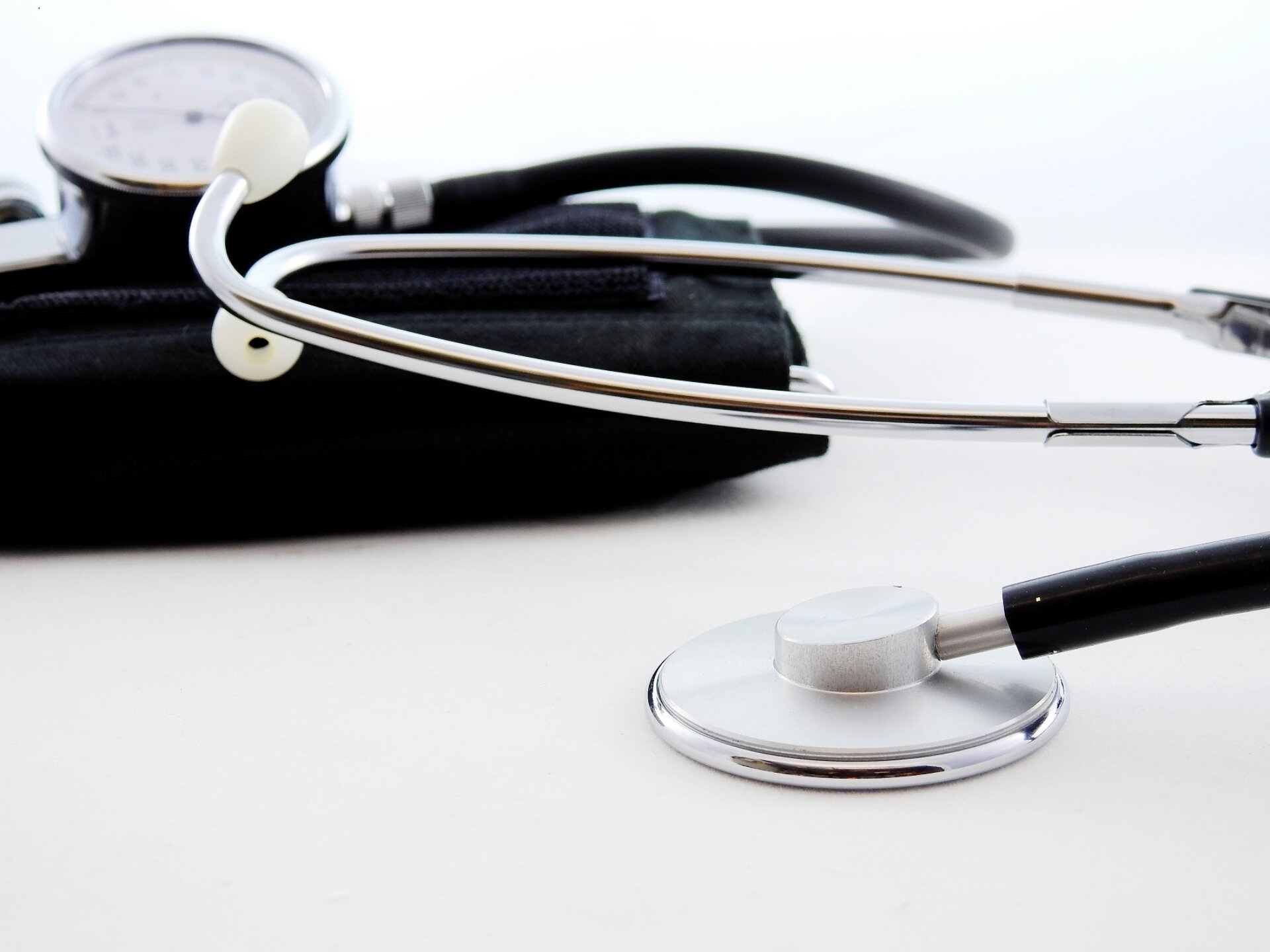 The wall of flames came blasting through the door and straight at them, burning at 1,200 degrees.

Moments before, six New York City firefighters were searching for victims in apartment 4L, one floor above a tenement inferno. But the Bronx apartment had been partitioned, allowing multiple families to live in a space designed for one. The firefighters were cut off and trapped.

The best option, the only option, was to jump 50 feet through windows and crash to the pavement. Two died immediately; another succumbed to his injuries years later. Three others survived but still suffer the effects.

Ten years after Black Sunday, lawyers are still fighting for just compensation for these men, arguing that both the City of New York and the building’s owner were responsible for firefighters’ catastrophic lack of options.

“What we have here is a case where everything that could go wrong did go wrong,” said Paul Millus who, with Donna Darling of Garden City-based Meyer, Suozzi, English & Klein, will represent the estate of Lt. Curtis Meyran.

“But most of it is due to the absolute negligence of the building owner that allowed [the wall] to exist in such a way that it made it impossible for the firemen in the building, trying to do their job, to know where the fire was at any one time,” Millus said. “They couldn’t tell the level of heat, they couldn’t tell the direction of the fire and they couldn’t find the fire escapes, because they were hidden behind a maze of walls created to enhance the income to the building owner, in this instance, and the manager who was collecting the money in cash.”

The civil trial, scheduled to start Sept. 16 in the Bronx, follows criminal trials that ultimately absolved the accused building owner, landlord and tenants. It has taken 10 years to materialize, in large part because of appeals and various efforts by the city to have the case dismissed. One of the main issues in the case is the availability of personal-safety ropes.

Lt. Joe DiBernardo, who started his career as a volunteer for the Setauket Fire Department, died six years later at his Miller Place home of respiratory distress related to his debilitating injuries. Firefighters Jeff Cool, Gene Stolowski and Brendan Cawley continue to tell the tale of a routine call to that building, at 236 East 178th St., on a day marked by subzero temperatures and gusty winds. All six firefighters were sent to clear the fourth floor and stop the blaze on the floor below from spreading.

In smoke-filled apartment 4L, they found haphazardly placed walls that blocked their access to a fire escape. Meanwhile, a frozen hydrant and malfunctioning hoses left them defenseless as the fire spread toward them.

A sudden burst of flames ripped through the apartment’s front door, pushing them to the windows with no safe escape.

Four of the men either dangled from a window ledge or were held by their firefighting brethren before they descended four floors below. Only Cool had a safety rope that he purchased on his own. He and DiBernardo, both of Rescue 3, used it and lowered themselves some 12 to 15 feet before either they or the rope gave, sending them crashing to the concrete.

“We were standing in that apartment with conditions very normal for us,” Stolowski recalled during an interview with WPIX news on the 10th anniversary of the fire in January. “And then all of a sudden it’s down to the floor and we’re jumping out windows. We had guys talk about how [the burst of fire] sounded like a freight train coming out the front door of that apartment.”

After another firefighter, Richard Sclafani of Ladder Company 103, perished in a separate fire in Brooklyn that afternoon, the day became known as “Black Sunday,” representing the largest single-day casualty count of firefighters since 9/11.

The four initial survivors suffered multiple critical injuries, including fractured or separated skulls and broken vertebras, ribs, legs and arms. All required multiple surgeries as their careers effectively came to an end. What has endured for the firefighters and their families, though, are the emotions that run the gamut from grief to anger, as well as ongoing legal matters.

Attorney Vito Cannavo of Sullivan Papain in Manhattan will represent Cool, Stolowski and Cawley and the families of Bellew and DiBernardo at next month’s trial. The collective suit of the six parties claims that both the City of New York and the building’s owner, 234 East 178th Street LLC, are liable for negligence that led to the immediate deaths of Meyran and Bellew, the later demise of DiBernardo, and the pain and suffering of the remaining survivors.

The suit further charges that the FDNY arbitrarily decided to recall the safety ropes that were used for years prior to the fire, which the six firefighters could have used to lower themselves to safety. It also alleges that the building’s owner illegally used a single partition wall to create code-violating single-room occupancies, in order to make additional profits. The wall disguised the blaze from the firefighters, who were armed with infrared heat cameras, and obstructed their ability to use a fire escape, forcing their jumps, the plaintiffs allege.

As it was with the criminal cases, personal-safety ropes are bound to become the central issue in the civil trial. In 2000, the FDNY commissioner stopped outfitting firefighters with the ropes because they were deemed too bulky and weighty. There was no study or evaluation on the ropes and their effectiveness, Millus contends. The two firefighters who used them on Black Sunday, he said, were able to hang a certain distance and survive, albeit with severe injuries.

“The fire behind them was over 1,200 degrees, it would have seared the skin right off their bones,” Millus said of the firefighters. “And they jumped from those windows having no other chance, and if they had those safety ropes that were taken away for arbitrary and capricious reasons, they would have probably survived.”

Attorney Darrell Whiteley, a partner at Lewis Brisbois in Manhattan who represents the limited liability company that owns the building, said the FDNY’s official investigation of the fire found that the firefighters died or were injured due to the city’s failure to reissue the ropes prior to the fire, despite complaints from firefighter organizations and the officers that this policy would put their lives in danger.

Sosimo Fabian, assistant corporation counsel at the New York City Law Department, who will represent the city in the case, did not return a phone call for comment for this story.

In 2009, a Bronx jury acquitted the apartment’s two tenants, Rafael Castillo and Caridad Coste, of manslaughter, criminal negligence and reckless endangerment, on the grounds that the prosecution’s case was unconvincing and the partition wall (which the tenants had put up) played a lesser factor in the deaths of the firefighters than their lack of ropes.

That year, a separate jury found the building’s landlord, Cesar Rios, guilty of criminally negligent homicide and reckless endangerment. But in 2010 the judge who presided over that trial, Justice Margaret Clancy of New York State Supreme Court, dismissed the verdict, saying prosecutors failed to prove the defendant knew of the partition wall.

In the civil case, though, a different standard of proof is applied, and the plaintiffs’ attorneys will maintain that the building’s owner knew a partition existed.

“A ‘fair preponderance of the evidence’ is used in a civil case as the standard of proof, as opposed to the higher criminal standard of ‘beyond a reasonable doubt,’” Darling said.

Millus added that there is “plenty of evidence” that the building manager and the owner unquestionably “knew full well these things were subdivided for illegal single-room occupancies.”

Whiteley, the building owner’s attorney, maintains that the criminal trial has vindicated his client of any wrongdoing.

“There is no law that was violated, and they use the word ‘illegal’ very casually,” Whiteley said of the plaintiffs’ attorneys. “But when pressed, and we have multiple times in this case, as to what law was violated – there is no law that was violated. They use the term ‘illegal wall’ and ‘illegal single-room occupancies,’ but we’ve submitted expert affidavits that testify conclusively by managers of the New York City Building Department that there was nothing illegal about the wall or single-room occupancies allegation.”

“The suffering has continued and will continue forever for the family members here,” he said. “We have wives, we have children; this has impacted their lives in material ways….”