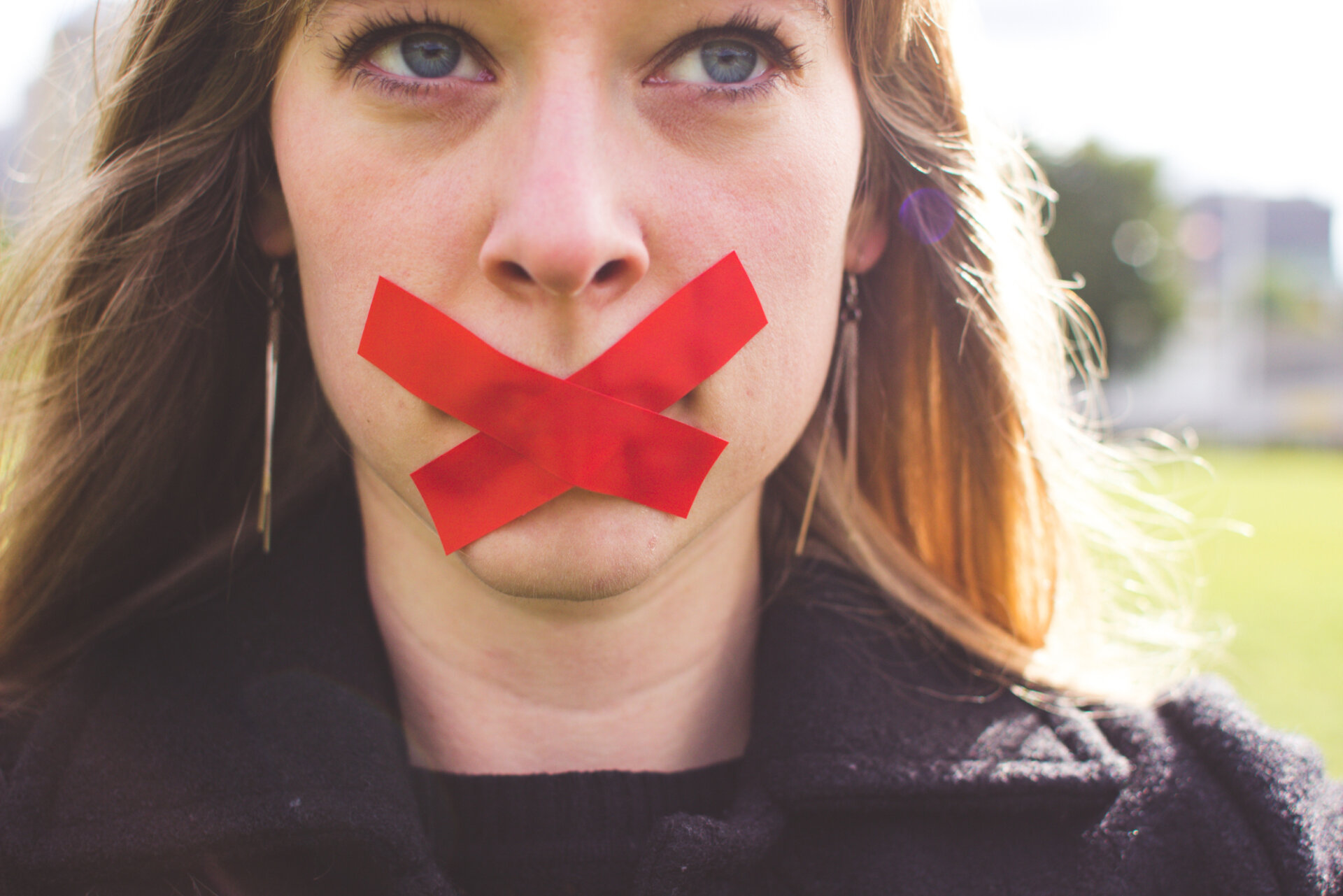 Non-disclosure agreements (NDA) in connection with potential mergers and acquisitions sometimes raise the important subject of the impact that disclaimers and non-reliance provisions have on fraud claims. A recent negotiation I had over the terms of an NDA gave me the impetus for this post. Disclaimers and Non-Reliance Provisions in NDAs It is customary in connection with mergers and acquisitions that the parties to a potential transaction enter into an NDA to protect confidential information provided during the period when the transaction is being considered. While many NDAs are written to apply to the information that either party supplies to the other during this pre-transaction period, the NDA as a practical matter really primarily protects the seller insofar as it is the seller that is disclosing information about its business that the buyer needs to consider in determining whether to make the purchase. Important topics for an NDA include defining the confidential information, exceptions to confidentiality (such as public availability), the limitations of using the information and maintaining its confidentiality, remedies for breach, including injunctive relief, the term of the agreement, and jurisdiction and venue. Disclaimers and non-reliance provisions also often come into play in NDAs. These provisions generally provide that the party producing the information does not represent or warrant the truth or accuracy of the information being provided, and the recipient acknowledges that it is not relying upon the truth or accuracy of the information or otherwise. Such provisions should be very carefully scrutinized by both sides because they can have a dramatic and dispositive impact on subsequent fraud claims involving the transaction, or even claims for breach of contractual representations and warranties. While disclaimers and non-reliance provisions are typically contained in the asset or stock purchase agreement (APA), and often directly impact such fraud and contract claims (especially where sophisticated parties are involved) (see my posts), such provisions can find their way into NDAs and could also potentially affect subsequent fraud and contract claims. Disclaimers and non-reliance provisions are often scrutinized and highly negotiated in the actual transaction agreements and APA, but these provisions could slip through the cracks during the pre-transaction, due diligence period, which typically starts with the NDA. Parties may not focus as much on the disclaimers at this preliminary stage of the process. But they should. A seller will want to disclaim any representation or warranty involving the information provided to the prospective buyer and have the buyer acknowledge that it is not relying on the truth of such information in the NDA. All well and good for the seller if the buyer consents to such provisions. But a buyer should not agree to such blanket provisions, without some qualification. First, it is both against the potential buyer’s interests and contrary to the circumstances for the buyer to agree in an NDA that it is not and will not be relying upon the accuracy of the information provided to it by the seller. During the pre-transaction due diligence period, the potential buyer does, indeed, wish to evaluate accurate information concerning the seller’s business, such as core financial information. It is of little benefit to the potential buyer if the information it receives is neither complete nor accurate and is given to it without any assurance that it can rely upon it in determining whether to consummate the transaction. At the very least, therefore, the buyer should maintain and/or reserve in the NDA the right to insist that the seller provide it with true and accurate information at some point during the pre-transaction stage, upon which the buyer can and will rely. The potential buyer, therefore, should either use the leverage it has in the negotiation of the NDA and refuse to accept any disclaimer or non-reliance provision, or qualify such provisions. For example, if the seller does insist upon disclaimers, the NDA should contain language that the potential buyer does not waive the right to insist upon receiving complete and accurate information before any potential transaction is consummated and that nothing in the NDA shall preclude the buyer from requesting representations and warranties in the ultimate transaction agreements. Case Law re Disclaimers in NDAs The decision of the Supreme Court of Delaware in RAA Management, LLC v. Savage Sports Holdings, Inc., 45 A.3d 107 (Del. 2012) is instructive as to the impact NDA disclaimers may have on fraud claims. In RAA, the Supreme Court of Delaware ruled that under New York law, a non-reliance provision in an NDA precluded fraud claims asserted by the potential buyer seeking to recover due diligence costs. In RAA, as a precondition to the seller’s providing the potential acquirer with the seller’s confidential offering memorandum and other confidential information, the parties entered into an NDA. The potential buyer terminated negotiations before the parties executed a final sale agreement. The potential buyer alleged that the seller told it at the outset of their discussions that there were “no significant unrecorded liabilities or claims against” the seller, but then during the due diligence period, the seller disclosed three such matters, which caused the potential buyer to abandon negotiations for the transaction. The potential buyer alleged that had it known about these matters at the outset, it would not have proceeded to consider purchasing the seller and therefore, the seller should be liable for all of the potential buyer’s alleged $1.2 million in due diligence and negotiation costs. The Superior Court dismissed the complaint, and the Supreme Court affirmed. On appeal, the potential buyer argued (1) the Superior Court erroneously read the non-reliance disclaimer language in the NDA to absolve the seller of fraud rather than unintentional inaccuracies; (2) alternatively, the disclaimer in the NDA was ambiguous and did not bar all liability for fraud; and (3) the fraud claims were not precluded because the seller made misrepresentations “about material facts within the defendants’ peculiar-knowledge.” The potential buyer also argued that the disclaimer provisions were unenforceable for public policy reasons. The Supreme Court rejected all of these arguments. The relevant language in the NDA was as follows:,

[Potential Buyers] understand and acknowledge that neither the Company [Seller] nor any Company Representative is making any representation or warranty, express or implied, as to the accuracy or completeness of the Evaluation Material or of any other information concerning the Company provided or prepared by or for the Company, and none of the Company nor the Company Representatives, will have any liability to you or any person resulting from your use of the Evaluation Material or any such other information. Only those representations or warranties that are made to a purchaser in the Sale Agreement when, as and if it is executed, and subject to such limitations and restrictions as may be specified [in] such a Sale Agreement, shall have any legal effect.

The NDA also included the following:

[Potential Buyers] understand and agree that no contract or agreement providing for a transaction between you and the Company shall be deemed to exist between you and the Company unless and until a definitive Sale Agreement has been executed and delivered, and you hereby waive, in advance, any claims … in connection with any such transaction unless and until you shall have entered into a definitive Sale Agreement.

The Court ruled that the foregoing provisions adequately barred the claim seeking costs for the due diligence and was not against public policy. The claims in RAA were limited to the damages the potential buyer alleged and incurred during the due diligence period – importantly, it was not a case seeking to allege fraud in connection with any actual sale transaction. It is perfectly reasonable, of course, for the parties to allocate the risk in the due diligence period and prevent either party from being liable for the costs of the other during the pre-transaction negotiation and due diligence period. It would not be fair, however, for the buyer to be precluded from basing claims on fraud and misrepresentation solely by virtue of disclaimers and non-reliance provisions in an NDA, rather than the final sale documents. The language of the NDA in RAA actually referenced potential sale documents that could indeed provide additional liability and/or reliance provisions. Practice Pointers A potential buyer should obviously be careful in structuring the precise wording of the disclaimers and non-reliance provisions in the NDA to make sure that the seller is ultimately responsible for whatever information the buyer is indeed relying upon so as to preserve potential fraud claims and/or breach of contractual representations and warranties. The basic lesson is that even though NDAs are often viewed as simply “form” agreements that do not impact the ultimate transaction, they should nevertheless be carefully reviewed by counsel, including as they relate to the above important issues.
← Kevin Schlosser Authors, "Damages Limited to Pecuniary Loss Resulting from Fraud, Not “Pain and Suffering”"
Kevin Schlosser Authors, "In Pari Delicto Prevents Equal Wrongdoer from Seeking Damages Relating to Its Own Fraudulent Conduct" →