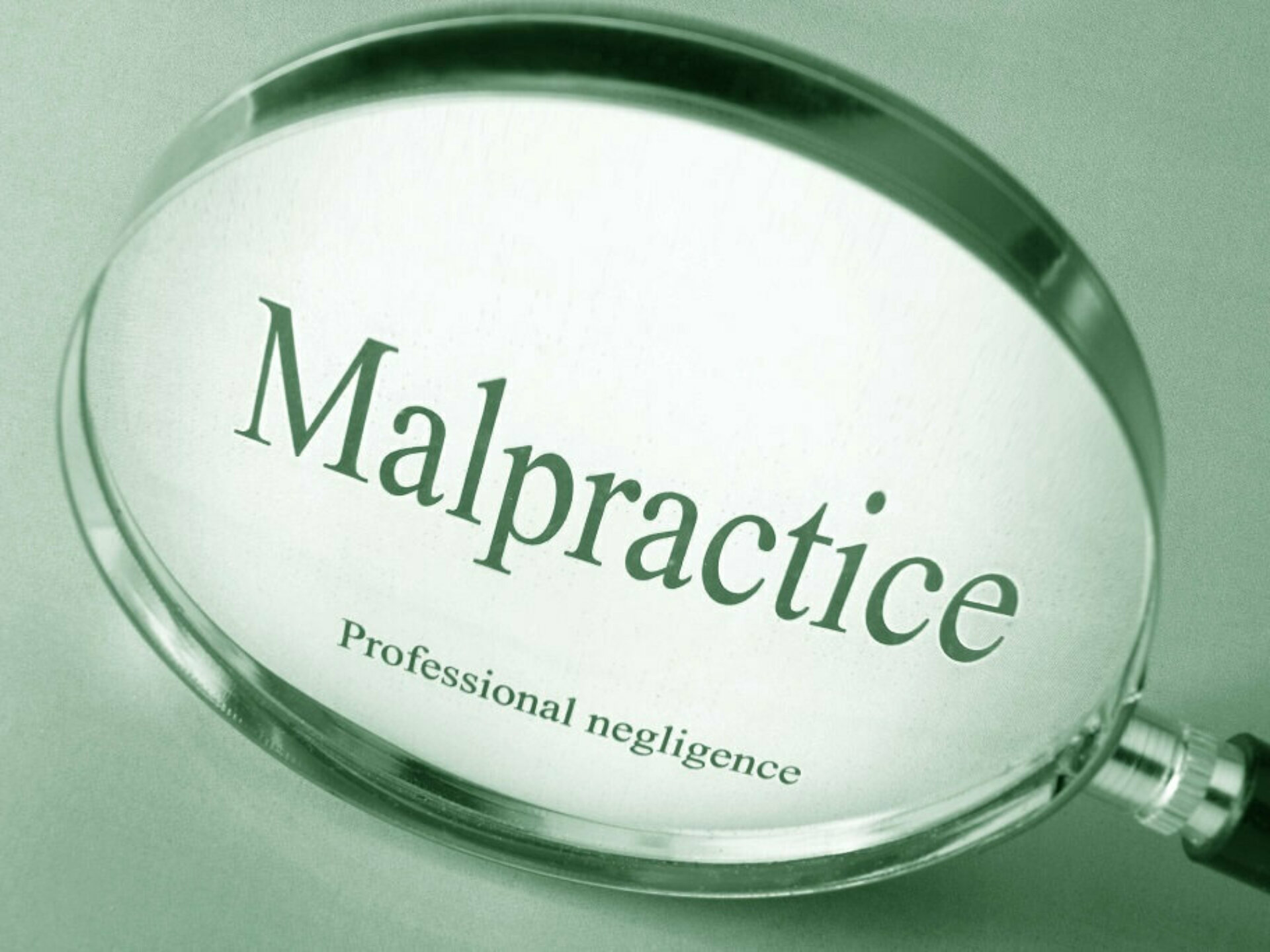 Nov 13, 2019Litigation & Dispute Resolution
Fraud claims attempted to be asserted against attorneys face special challenges. The issues are especially pronounced when the timing of the claims comes in to play and the applicable statute of limitations period must be determined. The three-year statute of limitations in CPLR 214(6) governs “an action to recover damages for malpractice, other than medical, dental or podiatric malpractice, regardless of whether the underlying theory is based in contract or tort.” So generally, claims against attorneys involving their professional services are encompassed within this three-year statutory period. The three-year period in CPLR 214(6) is considerably shorter and less forgiving than the statute of limitations governing claims of actual fraud contained in CPLR 213(8), which provides that for “an action based upon fraud;  the time within which the action must be commenced shall be the greater of six years from the date the cause of action accrued or two years from the time the plaintiff or the person under whom the plaintiff claims discovered the fraud, or could with reasonable diligence have discovered it.” Moreover, while a discovery rule applies to actual fraud claims, “[c]laims for legal malpractice are subject to a three-year statute of limitations and accrue when the malpractice is committed, not when the client learns of it.” Palmeri v. Willkie Farr & Gallagher LLP, 156 A.D.3d 564, 567 (1st Dept. 2017). (Note, there are different statutes of limitations for actual fraud and constructive fraud – see my prior post.) Thus, the battlegrounds form around the issue of whether the claim is characterized as one for legal malpractice, for which the straight three-year from date of malpractice applies, or a claim for actual fraud, for which the six-year and two-year discovery extension apply. Attorneys facing claims of fraud therefore often argue that the claim is merely duplicative of or in actuality only a claim for legal malpractice. (See my prior post.) A leading and informative case in which the court found that the respective claims of fraud and malpractice were in fact distinct is Johnson v Proskauer Rose LLP, 129 AD3d 59, 69 (1st Dept 2015). Recently, Justice Scarpulla of the New York County Commercial Division found that the claims were in fact nothing more than a legal malpractice claim, and therefore barred by the three-year statute of limitations, in Wimbledon Financing Master Fund, Ltd. v Hallac, 2019 NY Slip Op 33281(U) (Sup. Ct., NY Co., Decided November 4, 2019). Facts of Wimbledon Wimbledon Financing Master Fund, Ltd. (“Wimbledon”), a Cayman Islands company in official liquidation, sued several individuals and entities for perpetrating a massive fraud, and its own attorneys (Katten Muchin Rosenman LLP (“Katten”)) for aiding and abetting that fraud as well as the breach of fiduciary duty by certain defendants. The alleged fraud involved Wimbledon’s investment advisor, Weston Capital Asset Management, LLC (“Weston”), and its related affiliates. Several individuals who orchestrated the fraud pled guilty to criminal charges, including defendant Albert Hallac (“Hallac”), Weston’s founder and president, and certain of his co-conspirators, including Jason Galanis (“Galanis”). Wimbledon alleged that Katten had represented it in connection with several transactions in which Hallac and the others were able to defraud Wimbledon of massive amounts of money. The complaint alleged that the fraud began in 2009 when Hallac received a bribe from Galanis to transfer Wimbledon’s assets to an entity controlled by Galanis. Wimbledon retained Katten to represent it in connection with that deal. Wimbledon alleged that Katten lawyers knew that Galanis, a known fraudster whom the SEC had barred from serving as an officer or director of public companies, was involved in the deals yet failed to disclose this information to Wimbledon’s board. The complaint also alleged that Katten failed to inform Wimbledon’s board and investors that Hallac received a bribe from Galanis or that it knew that Galanis was involved with the entity acquiring the assets before the transaction was consummated. Wimbledon alleged that Katten also facilitated a number of additional fraudulent transactions thereafter. Further, the complaint alleged that Katten failed to disclose to Wimbledon’s board that it had a conflict of interest in that it represented Wimbledon and Hallac and his entities. Statute of Limitations Wimbledon asserted claims for fraud and breach of fiduciary duty against Hallac and claims for aiding and abetting fraud and aiding and abetting breach of fiduciary duty against Katten. Wimbledon’s attorneys moved pursuant to CPLR 3211(a)(5) to dismiss the aiding and abetting claims based upon the statute of limitations. Katten argued that Wimbledon’s causes of action were actually mislabeled attorney malpractice claims to avoid the shorter statute of limitations for malpractice claims. The Court agreed and dismissed the claims against the attorneys. Justice Scarpulla first reviewed CPLR 214(6) in which the three-year limitations period for malpractice claims is contained, observing:

Notably, the New York legislature amended CPLR 214 (6) in 1996 to “make clear that ‘where the underlying complaint is one which essentially claims that there was failure to utilize reasonable care or where acts of omission or negligence are alleged or claimed, the statute of limitations shall be three years if the case comes within the purview of CPLR Section 214 (6), regardless of whether the theory is based in tort or in a breach of contract.'” In re R.M. Kliment & Frances Halsband, Architects (McKinsey & Co., Inc.), 3 N.Y.3d 538, 541-542 (2004) (citation omitted). Further, CPLR 214 (6) “was enacted to prevent plaintiffs from circumventing the three-year statute of limitations for professional malpractice claims by characterizing a defendant’s failure to meet professional standards as something else.” Johnson v. Proskauer Rose LLP, 129 A.D.3d 59, 68 (1st Dept. 2015). To determine whether a claim is duplicative of a malpractice claim, a court must “discern[] the essence of each claim.” Id.

Justice Scarpulla then found that the “essence” of the claims was nothing more than legal malpractice, and not independent fraud, citing numerous supportive cases (omitted below):

In this case, the complaint lacks any facts other than those that support a malpractice claim i.e., facts pertaining to Katten’s failure to make disclosures, alleged bad legal advice and conflicts of interest. …

[The complaint] does not seek separate damages from those stemming from malpractice. Furthermore, Wimbledon’s use of the word “disgorgement” cannot transmute the claim into one with a longer limitations period because “purely semantic distinction(s)” cannot “control the application of the statute of limitations.” … Thus, even if Wimbledon’s claims were not merely mislabeled attorney malpractice claims, the claims would still be dismissible as duplicative.

Commentary Claims of actual fraud receive more lenient statute of limitations than virtually any other tort. Not only is the period six years, but that period can be extended if the fraud was not known nor could have been discovered until later. On the other hand, the New York legislature specifically amended the statute of limitations for professional malpractice claims (other than medical, dental or podiatric malpractice) to make clear that a three-year limitation would apply even if the claim were characterized as a breach of contract or some other tort. Thus, while it is possible to get the benefit of the longer period applying to fraud in claims against attorneys, a plaintiff must take pains to set out an entirely independent claim for fraud not derived simply from the attorney-client relationship. Click here for Kevin Schlosser's Blog.
← Kevin Schlosser Authors, "Federal Court Dismisses Aiding and Abetting Fraud Claim Against Banks Arising from Customer’s Ponzi Scheme"
Richard Fromewick Authors, "New Assessments and Increased Rates" →