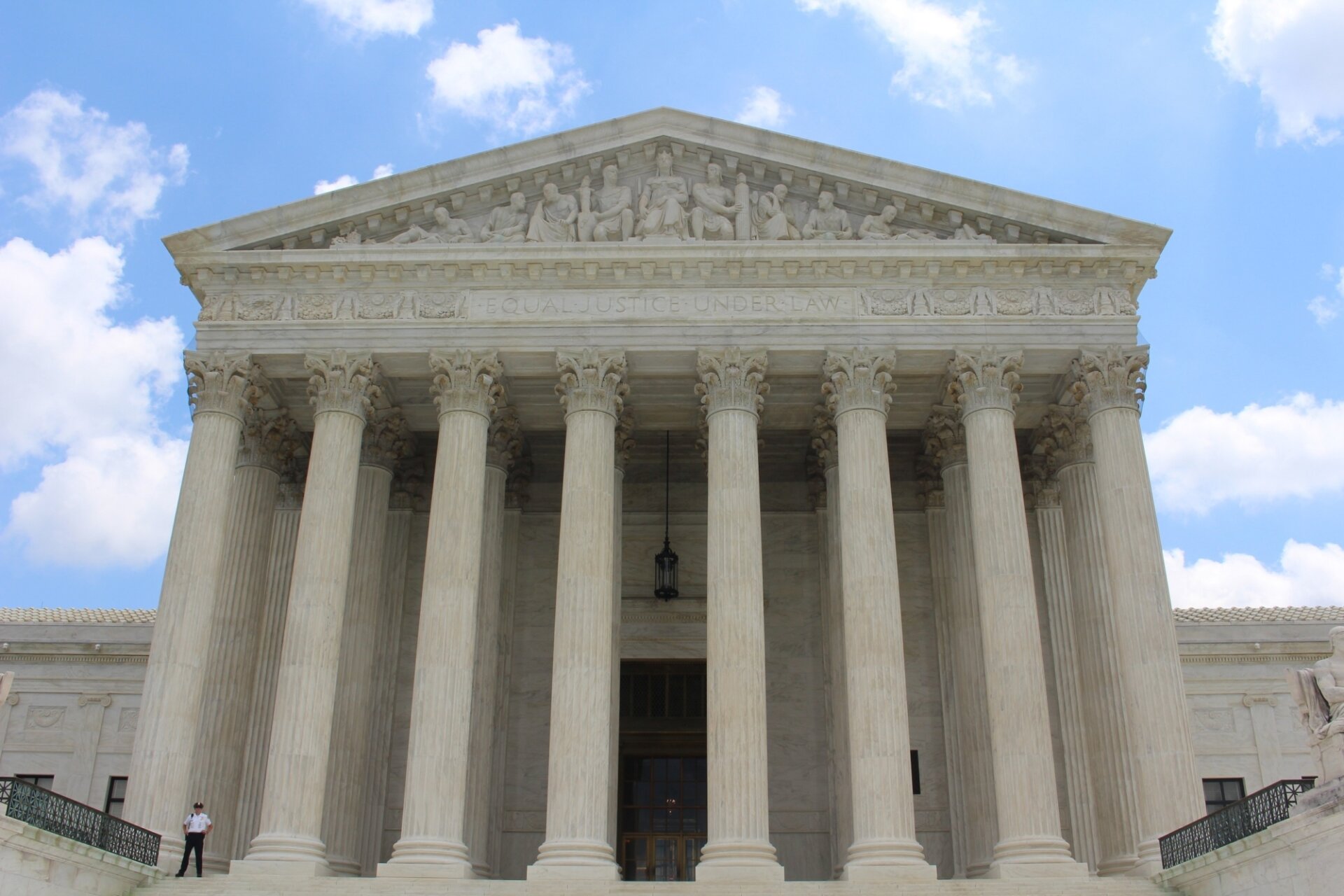 Paul Millus Co-Authors, "The Second Amendment: On the Firing Line" for the Nassau Lawyer

Most New York lawyers practicing today are unlikely to have handled a pure Second Amendment case during their professional careers. The Supreme Court has specifically addressed the elements of the Second Amendment exactly twice between 1939 and 2008. However, Second Amendment issues are emerging as some of the most hotly-contested political and legal issues in recent years.

Since 2008, cases involving the tension between citizens’ individual Second Amendment rights and local governments’ authority to regulate are increasingly before the courts. Second Amendment issues are also at the forefront of this year’s presidential campaign. Thus, New York attorneys are well-advised to brush up on their Second Amendment jurisprudence.

A well-regulated militia, being necessary to secure the security of the Free State, the right of the people to keep and bear arms shall not be infringed.1

These twenty-eight words comprising the Second Amendment have engendered at least as many legal questions over the years as to their interpretation. Among them:

Do the words “a well-regulated militia” limit the right of an individual to bear arms?

Does “the people,” refer only to the state in a collective sense? and

What does “arms” mean in the context of determining to what extent an individual can own weaponry?

Prior to 2008, however, the fundamental Second Amendment question was whether an individual has the Constitutional right to keep and bear arms.

In 2007, the D.C. Circuit answered that question in the affirmative. 2 At the time of its decision in Parker v. District of Columbia, “[f]ederal appellate courts ha[d] largely adopted the collective right model,”3 and “[o]nly the Fifth Circuit ha[d] interpreted the Second Amendment to protect an individual right.”4 Thus, the Parker court provided a comprehensive review of the history of the Second Amendment, and in particular of the phrase “[a] well-regulated militia,” going back to Alexander Hamilton’s Federalist Papers and the Second Militia Act of 1792. Understanding the history and intent behind that phrase and what may be the impact of the comma following that phrase on the analysis is key to discerning whether the Second Amendment right to bear arms is an individual right belonging to the people or a collective right belonging to the states.

As the Parker court recognized, it is generally accepted that the comma in the Second Amendment divides the Amendment into two clauses: “the first is prefatory, and the second operative.”5 So, what effect do the words “[a] well-regulated militia” have on interpreting the true meaning of the Second Amendment? There are two schools of thought in this regard.

According to gun control advocates, “the militia was a body of adult men regulated and organized by state law as a civilian fighting cause.”6 Under the Second Militia Act of 1792, a militia includes “all males physically capable of acting in concert for the common defense” who were “enrolled from a military discipline.” 7 Thus, if a militia did not exist unless created under state discipline and leadership, the Second Amendment can only be viewed through a collective prism.

In sum, the argument is that gun rights are secured to military and/or quasi-military personnel within the confines of each state, such as the National Guard, bestowing no rights on an individual to own guns in his or her own name. From the gun control advocates’ standpoint, the prefatory clause proves that the sole purpose of the Second Amendment was “to shield the state militias from federal encroachment.”8

Accordingly, the phrase “right of the people to keep and bear arms” indicates that the ultimate right which “shall not be infringed” was bestowed to, not merely a militia, but to the people themselves in an individual capacity. From their standpoint, the militia referenced in the Second Amendment’s prefatory clause was synonymous with “the people” referenced in the operative clause.9

In 2008, the Supreme Court decided District of Columbia v. Heller,10 and settled the issue that an individual has the Constitutional right to keep and bear arms, but left the extent of that right open to interpretation. The Court’s opinion, rendered by the late Justice Antonin Scalia, provides a fascinating history of the Second Amendment and the jurisprudence affecting firearms in the United States.

The Heller Court rejected the argument that the Second Amendment “protects the right to keep and bear arms for certain military purposes, but that it does not curtail the legislature’s power to regulate the nonmilitary use and ownership of weapons.”11 However, the Court warned that, like the “First Amendment’s right of free speech,” the rights protected by the Second Amendment are “not unlimited.”12 “[N]othing in [its] opinion should be taken to cast doubt on longstanding prohibitions on the possession of firearms by felons and the mentally ill, or laws forbidding the carrying of firearms in sensitive places such as schools and government buildings, or laws imposing conditions and qualifications on the commercial sale of arms.”13

Concerning what type of weapons may be lawfully regulated, the Heller Court confirmed that the Second Amendment protects those weapons “‘in common use’ for lawful purposes like self-defense,” including those not in existence at the time of the Second Amendment’s drafting. 14

It is generally recognized that the Second Amendment does not extend to all types of weapons, reflecting a “‘historical tradition of prohibiting the carrying of dangerous and unusual weapons.’”15 However lacking from the Court’s opinion in Heller is a bright line between permissible weapons under the Second Amendment, and those that will not be permitted or limited in their ownership and/or use and thus subject to lawful regulation. Thus, in the post-Heller world, the fundamental Second Amendment issue is the permissible extent of gun control legislation.

Evaluating gun control legislation follows a two-step process. Step one is to determine if the Second Amendment applies at all, and especially whether the weapon in question is in “common use” and typically possessed by “law abiding citizens for lawful purposes.” If the answer is “no” to either question, then the Second Amendment does not apply. If the answer is “yes” to both, step two is to determine what level of judicial scrutiny should be applied to the statute.16

The Heller Court rejected the “rational basis” test as the applicable standard for evaluating a statutory restriction that burdens a fundamental right, such as that protected by the Second Amendment, in favor of “some form of heightened scrutiny.”17 However, the Court did not agree that strict scrutiny,] i.e., whether the law at issue is the “least restrictive alternative,” should be applied to all Second Amendment challenges.

Post-Heller, most courts have applied intermediate scrutiny when evaluating gun control legislation, with the lone exception of the Fourth Circuit.18 Under intermediate scrutiny, the inquiry is whether the statutory classification is “substantially related” to an important governmental objective.19

The Second Circuit’s decision in New York Rifle and Pistol Association, Inc. v. Cuomo,20 is illustrative. There, the court considered whether absolute statutory prohibitions in New York and Connecticut against certain semiautomatic assault rifles with one or more military- style features and large capacity magazines violated the Second Amendment. The court noted that the question of whether semi-automatic weapons and large capacity magazines were “typically possessed by law abiding citizens for lawful purposes” was unanswered by the Supreme Court.21

In step one of its analysis, the Second Circuit held that the New York and Connecticut laws imposed a substantial burden on the Second Amendment rights of the plaintiffs because the weapons at issue were “commonly used” and “typically possessed by law-abiding citizens for lawful purposes.”22 The court nevertheless applied intermediate rather than strict scrutiny, and stated that its role was to “assure [them]selves that, in formulating their respective laws, New York and Connecticut have ‘drawn reasonable inferences based on substantial evidence.’”23 The court concluded that the challenged laws were substantially related to the achievement of an important governmental interest,24 affording “‘substantial deference to the predictive judgments of the legislature.’”25

At this juncture, given the “substantial deference” afforded the legislature under an intermediate scrutiny analysis, the devil will be in the details as to whether challenged gun control regulations will pass Constitutional muster. Indeed, several Federal Circuit courts have recently upheld various restrictions on possession of certain weapons that do not enjoy Second Amendment protection.26

Unquestionably, the type of weapons that are in “common use” and “typically possessed by law abiding citizens for lawful purposes” will change as it has from the date of the Constitution itself. 27 Weaponry first used by the military will filter down to the general public over a period of time, and the stakes will grow incrementally for those on both sides of the issue