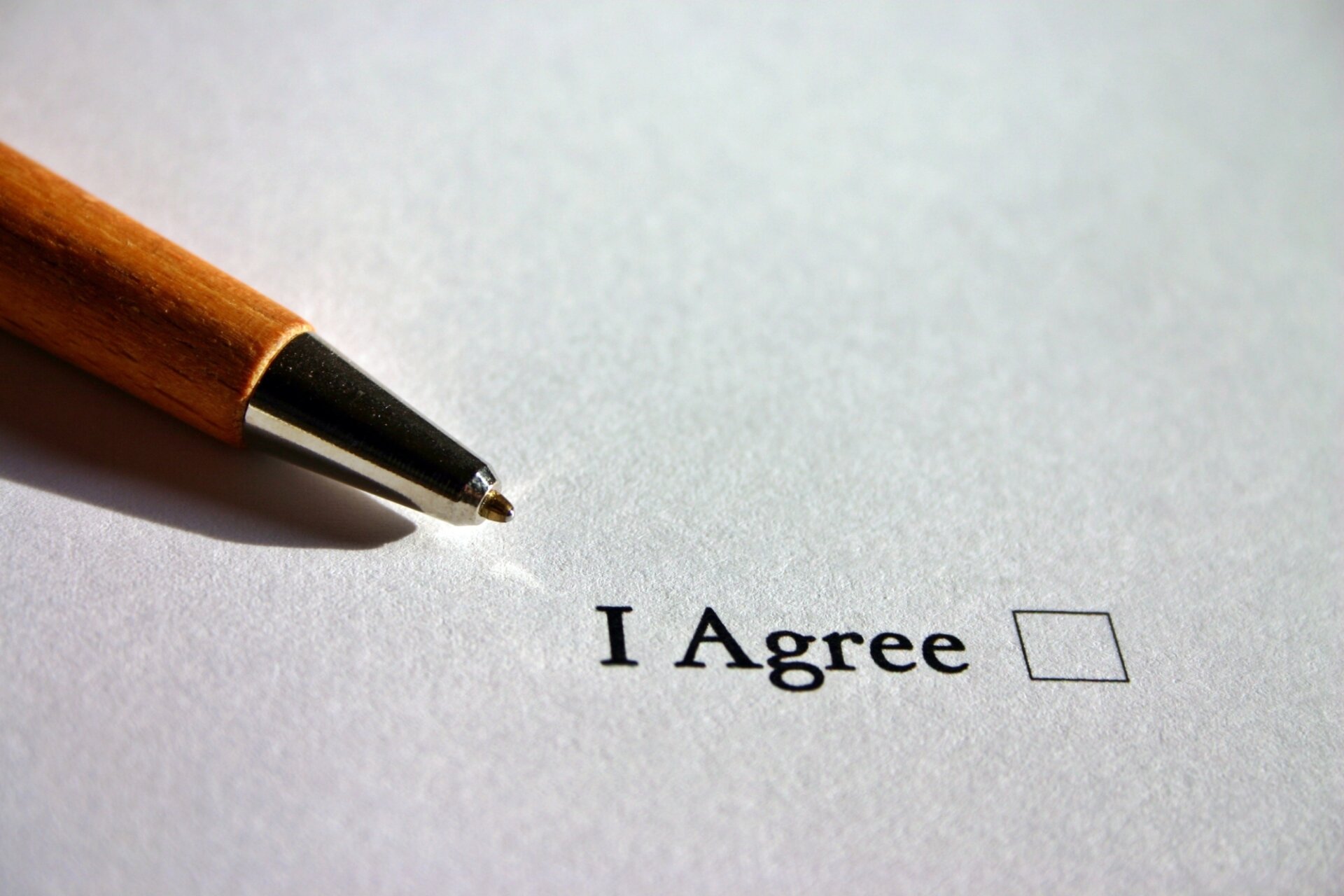 As e-mail continues to impact the modern landscape of litigation, this month's topic addresses the effect of common e-mail communications between counsel on the enforceability of settlement agreements. Once again, the apparent informality of e-mail is a potential trap for the unwary. Two recent decisions with opposite results, one from the Appellate Division, Second Department, and one from the U.S. District Court for the Eastern District in Central Islip, are instructive.

In both cases, the party seeking to enforce an alleged settlement agreement claimed that e-mail sent by counsel represented a binding settlement. The cases are not only enlightening for counsel communicating by e-mail, but highlight the distinctly different manner in which the state and federal courts in New York analyze whether an enforceable settlement has been consummated.

In state court, CPLR 2104 governs whether a binding settlement agreement has been achieved. See Bonnette v. Long Is. Coll. Hosp., 3 N.Y.3d 281, 785 N.Y.S.2d 738 (2004). CPLR 2104 provides: "An agreement between parties or their attorneys relating to any matter in an action, other than one made between counsel in open court, is not binding upon a party unless it is in a writing subscribed by him or his attorney or reduced to a form of an order and entered."

The Court of Appeals in Bonnette demonstrated just how strict the state courts can be in determining whether an enforceable settlement has been entered. In Bonnette, plaintiff's counsel orally agreed to settle the claims of an infant in a medical malpractice action for $3 million. Defense counsel thereafter sent plaintiff's attorney stipulations of discontinuance and a general release, stating: "enclosed are copies of closing documents required to effectuate [the] settlement."

Plaintiff's counsel delayed returning those documents while deciding on an annuity plan for the infant plaintiff and while negotiating a Medicaid lien. After those issues were resolved, the infant plaintiff died before plaintiff's attorney forwarded the executed documents to defense counsel. As the value of plaintiff's case diminished substantially in view of the infant's death, defendant then asserted that there was no settlement because it was not reduced to writing pursuant to CPLR 2104.

The trial court issued an order enforcing the settlement, while the Appellate Division reversed, ruling that CPLR 2104 had not been satisfied. The Court of Appeals affirmed the Appellate Division, rejecting plaintiff's arguments that the transmittal letter from defense counsel confirming the settlement constituted a sufficient writing satisfying CPLR 2104. The Court tersely held: "We conclude that the agreement, although undisputed, was never sufficiently reduced to writing, and was therefore unenforceable."

The Court also rejected plaintiff's plea to accept "substantial compliance" with the statute or otherwise "equitably estop" the defendant from disavowing the settlement based upon partial performance and detrimental reliance.

Before the Bonnette decision, federal courts in the Second Circuit did not perceive any material difference between state and federal standards for considering whether a settlement was consummated. In the leading decision of Ciaramella v. Reader's Digest Assoc., Inc., 131 F.3d 320 (1997), the circuit observed that "there is no material difference between the applicable state law or federal common law standard" insofar as "New York relies on settled common law contract principles to determine when parties to a litigation intended to form a binding agreement."

The court cited Winston v. Mediafare Entertainment Corp., 777 F.2d 78, 80-81 (1985), in which the Second Circuit drew upon principles in the Restatement (Second) of Contracts to determine whether a binding settlement agreement existed under New York law. Thus, in Winston and Ciaramella, the Second Circuit "articulated four factors to guide the inquiry regarding whether parties intended to be bound by a settlement agreement in the absence of a document executed by both sides[:] (1) whether there has been an express reservation of the right not to be bound in the absence of a signed writing; (2) whether there has been partial performance of the contract; (3) whether all of the terms of the alleged contract have been agreed upon; and (4) whether the agreement at issue is the type of contract that is usually committed to writing." Ciaramella, 131 F.3d at 323. The court further noted that "[n]o single factor is decisive, but each provides significant guidance."

While the circuit in Ciaramella acknowledged that CPLR 2104 "set out technical requirements that must be met for a settlement agreement to be enforceable under New York law" and that CPLR 2104 "may also apply" in federal cases, it declined to determine the applicability of CPLR 2104 in federal cases because the alleged agreement at issue did not even satisfy common law contract principles. It is uncertain whether future federal cases will continue to apply only common law contract principles in view of Bonnette.

With this backdrop, the directly opposite conclusions reached by the recent state and federal cases are somewhat understandable.

In Delyanis v. Dyna-Empire, Inc., 465 F.Supp.2d 170 (E.D.N.Y. 2006), plaintiff instituted an action against her employer and various supervisors alleging that they discriminated against her on the basis of her age and alleged disability and that they retaliated against her in violation of state and federal law.

Three days after the mediation, the mediator e-mailed counsel for all of the parties asking whether he could report to the court that the case had been settled. That same day, plaintiff's attorney responded "Yes" to the mediator's e-mail, adding: "I sent [defense counsel] an e-mail earlier today and am waiting for a proposed copy of the settlement agreement." A copy of the e-mail was sent to defense counsel as well.

Thereafter, defendants sent a proposed settlement agreement and release to plaintiff's counsel, but several issues arose as to the terms of the written agreement. While the parties resolved certain of the issues, plaintiff ultimately refused to proceed with the proposed settlement because, among other things, she had "discovered that the settlement sum was taxable."

Defendants thereafter moved to enforce the alleged settlement, arguing that the e-mail from plaintiff's counsel to the mediator confirming the settlement demonstrated that the parties had reached a binding agreement. On the other hand, plaintiff argued that based upon the mediator's handwritten note, the parties did not intend to be bound without "a legally enforceable contract."

The court found that the handwritten note signed at the mediation did not represent a binding agreement because it explicitly stated on its face that it was "not intended to be legally enforceable." Nevertheless, citing the standard articulated by the Second Circuit in Winston and Ciaramella, the court found that the parties had, indeed, arrived at an enforceable settlement.

The court noted that the underlying events leading up to the e-mail in question were all supportive of an intention to settle, observing that the parties had spent an entire day in mediation, had agreed to "the essential terms of the agreement during mediation in writing" and that plaintiff's counsel represented the matter had been settled. It concluded that plaintiff's counsel's "e-mail settlement acceptance is sufficient to bind the Plaintiff," citing another district court case finding that the parties' e-mails demonstrated their intent to be bound by a settlement agreement.

In DeVita, defendants in a personal injury action sought to enforce a purported settlement agreement. Defendants contended that confirmatory e-mails sent between counsel were sufficient to establish and memorialize the settlement. The trial court denied the motion to enforce the alleged settlement, and the Second Department affirmed.

The Second Department flatly observed: "To be enforceable, stipulations of settlement must conform to the requirements of CPLR 2104." The court further noted that the "plain language of CPLR 2104 requires that such an agreement be in writing and signed by the parties (or attorneys of the parties) to be bound by it," citing Bonnette. It then held that "a confirmatory e-mail sent to the plaintiffs' former attorney by counsel to the insurer of one of the defendants, either alone or in conjunction with an e-mail sent by the plaintiffs' former counsel in response, did not constitute a writing sufficient to bring the purported settlement into the scope of CPLR 2104."

While the state courts in New York do appear to take a stricter approach than their federal counterparts in determining whether a settlement has been consummated, counsel should take heed of these decisions before hitting that send key on their e-mails involving proposed settlements.

What might otherwise appear to be simple, innocuous e-mail can potentially serve to lock in a final settlement, notwithstanding the absence of a signed independent agreement.

Kevin Schlosser is a partner and chair of the litigation department at Meyer, Suozzi, English & Klein in Garden City.