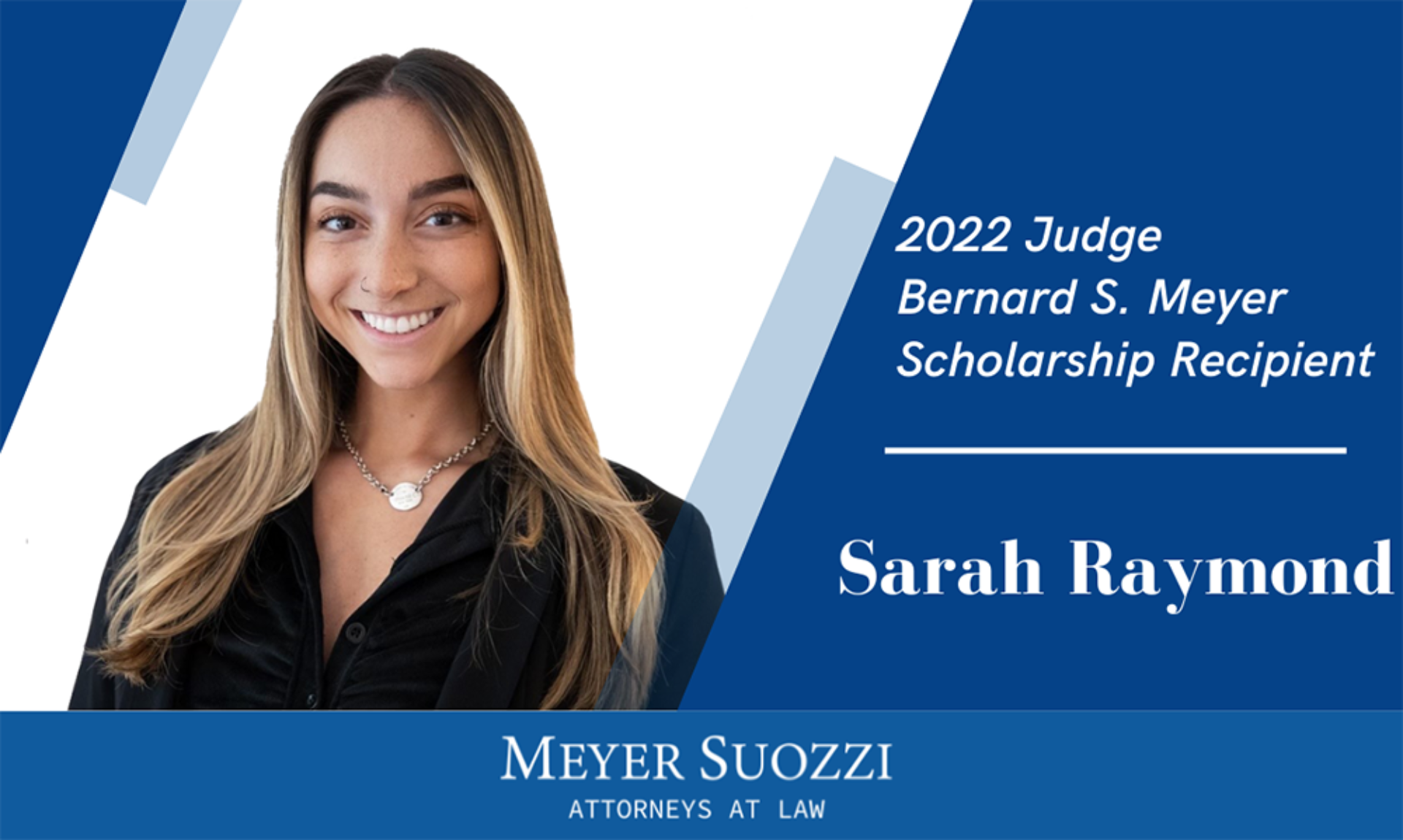 In accepting the award, Ms. Raymond said: "It is an honor to be this year's recipient of the Judge Bernard S. Meyer Scholarship. I want to extend a sincere thank-you to the Meyer Suozzi team and the New York Bar Foundation for a wonderful congratulatory reception. As was obvious from MSEK testimonials, Judge Meyer was an impressive legal figure and it is clear that he made a lasting impression on his colleagues. I am proud to have been given an award named in his legacy."

Ms. Raymond is expected to receive her J.D. from New York Law School in 2023. Meyer Suozzi wishes her much success in her endeavors and legal career.

Judge Bernard S. Meyer was a former New York State Supreme Court justice who joined Meyer Suozzi in 1975. From 1979-1986, he was appointed an Associate Judge of the New York State Court of Appeals. He also served as special Deputy Attorney General of New York in charge of the Special Attica Investigation and was a member of the Governor's Commission on Integrity in Government. A renowned legal scholar, Judge Meyer returned to the firm in 1987until his passing in 2005.

← CLIENT ALERT - New York State Division of Human Rights Launches Sexual Harassment Hotline
Richard G. Fromewick Re-Elected to the Executive Board of the Friedberg JCC and and Elected as Past President Board Member of Temple Avodah →