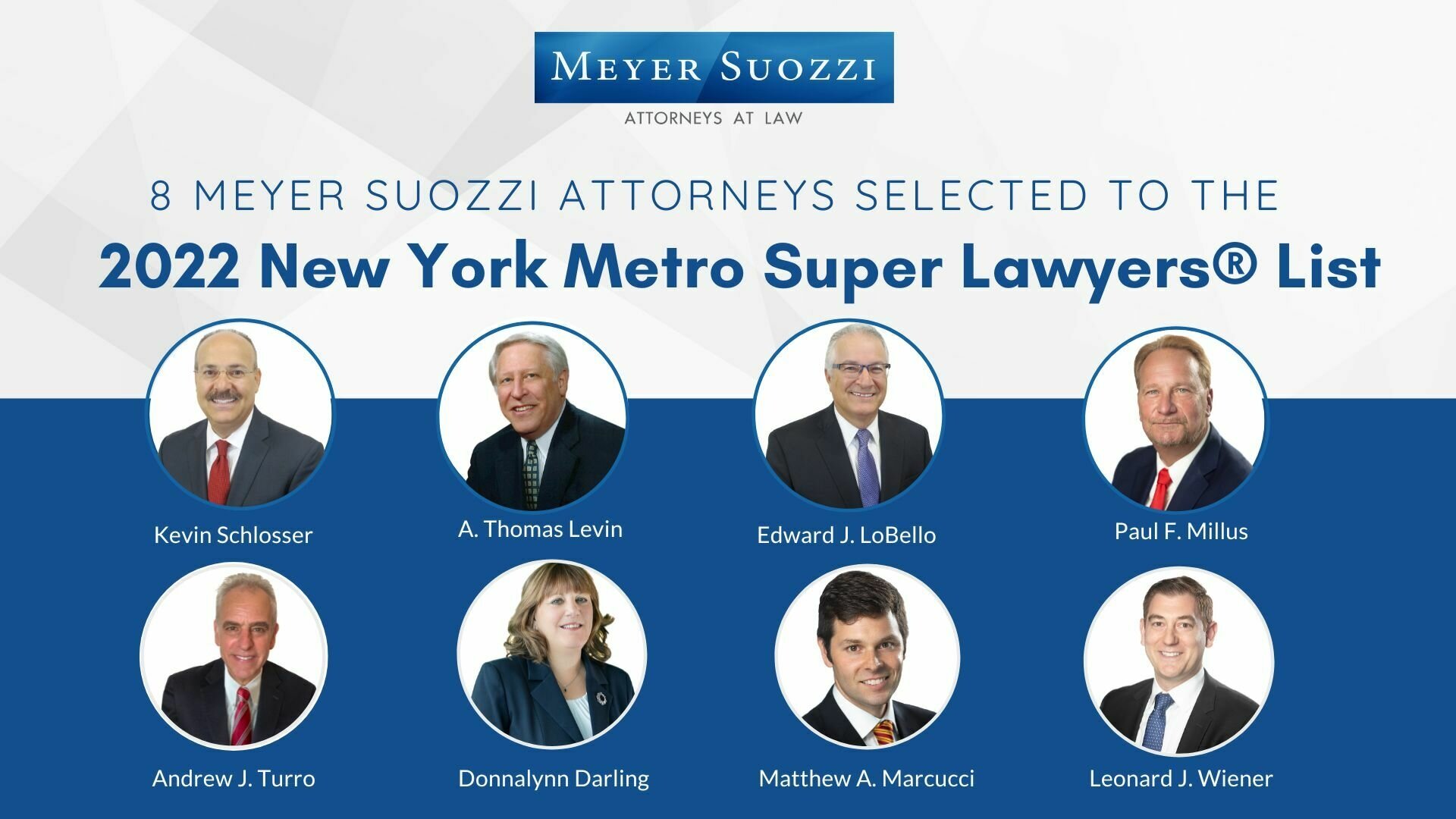 Meyer Suozzi is proud to announce that eight of the firm's attorneys have been featured in the 2022 edition of the New York Metro Super Lawyers list. Members of the firm, Kevin Schlosser, A. Thomas Levin, Edward J. LoBello, Paul F. Millus, and Andrew J. Turro, as well as Of Counsel attorney, Donnalynn Darling have been named as a 2022 New York Metro Super Lawyer. Associates, Matthew A. Marcucci and Leonard J. Wiener were named as a 2022 New York Metro Super Lawyer Rising Star. Three of our featured attorneys, Kevin Schlosser, A. Thomas Levin, and Edward J. LoBello reached a milestone, having been selected as a Super Lawyer for 10 years straight from 2012 to 2022. Meyer, Suozzi, English & Klein, P.C. congratulates its attorneys for an exceptional achievement.

Super Lawyers annual selections are made using a patented multiphase process that includes, peer nominations, independent research by Super Lawyers, and evaluations from a highly credentialed panel of attorneys. The publication recognizes no more than 5 percent of the lawyers in each state while no more than 2.5 percent are named to Rising Stars.

← A Thomas Levin Named as a Top Lawyer of Long Island By The Herald Newspaper
Message from Meyer Suozzi's Richard Fromewick, Chair of the Tax Certiorari and Condemnation Practice →