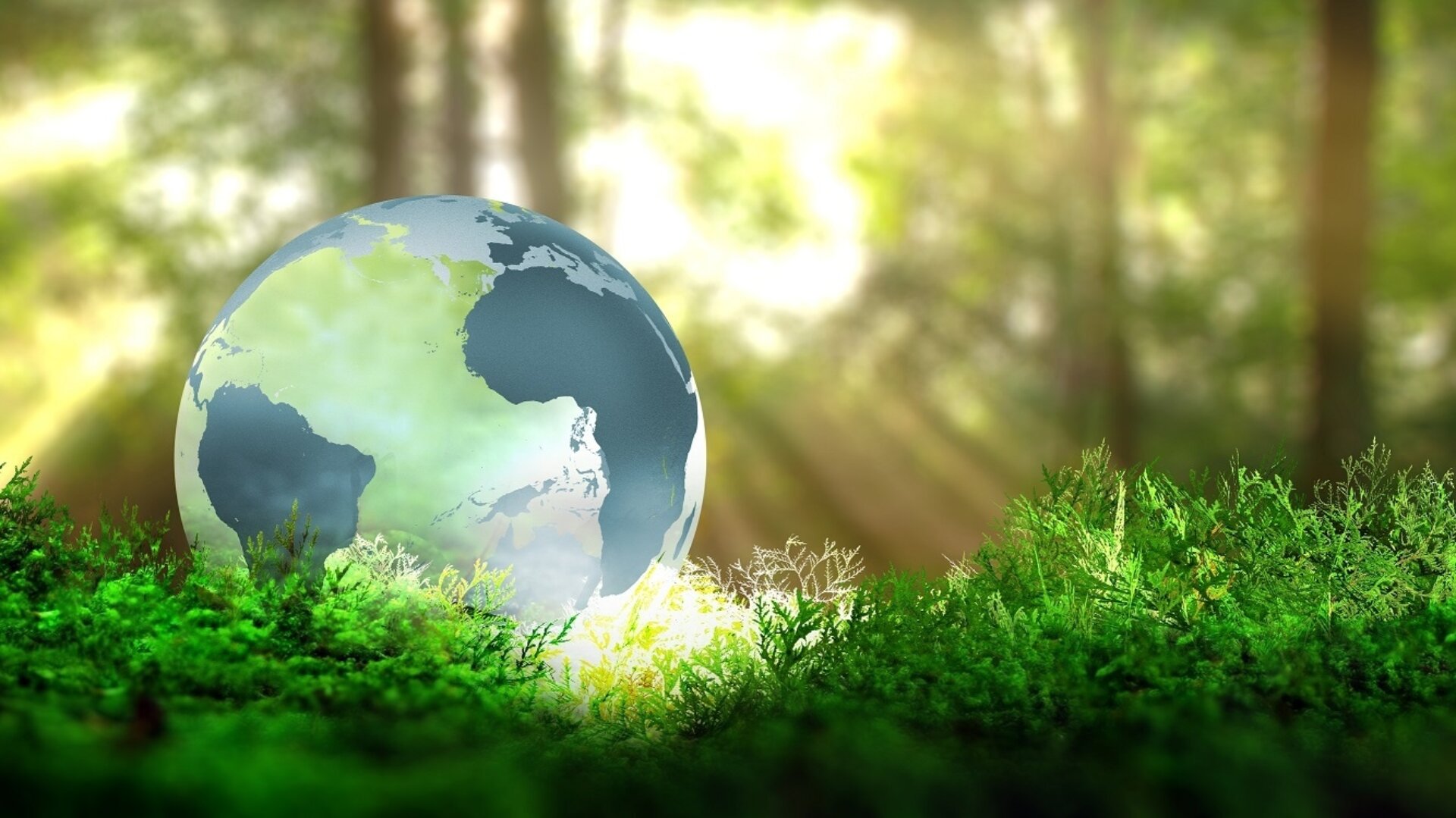 The Baxter House: a centuries-old home that once stood on the premises of 15 Shore Rd. The namesake home of the village underwent a series of unfortunate events over the past few years as it sat atop its small hill overlooking the bay: decades of deterioration, a raging fire that consumed the home and, finally, its demolition in 2017.

Sabrina Wu purchased the home in 2003 for $990,000, and, two years later, the home was designated as a landmark. On April 12, she came before the Landmarks Preservation Commission of the Village of Baxter Estates, as Board of Jurisdiction, to present a site plan of a proposed new single family home pursuant to Village Code Section 147-1(A) and 118-6, with respect to new construction in historic sites.

“As this is a privately-owned property with a landmarked designation, the Landmarks Preservation Commission is the board of jurisdiction that makes the decision as to the future of the property with technical guidance from our building department,” said Mayor Nora Haagenson in a statement. “The board and I have full confidence in the commission.”

To preface the public hearing, the commission’s attorney Christopher Prior explained that the commission would address its historic preservation duties and the site plan review of the project, reading both code sections aloud.

“The jurisdiction extends to exterior features of the structure; it’s only exterior features,” said Prior, explaining the commission has no input with regard to the interior unless the applicant asks for an advisory opinion from the board.

N2 Design + Architecture, PC,’s principal architect Frank Genese (also a commissioner on the Town of North Hempstead Historic Landmarks Preservation Commission and trustee in the Village of Flower Hill) presented the plans on behalf of the applicant.

“We incorporated elements in the former house such as the dormers, the roof lines, the brackets along the gable roof section and many other features, the shudders, the profiles of the railing and banisters in order to create a new modern home that respects and is appropriate, which is a term we use in the Town of North Hempstead to determine whether or not something meets the characteristics of a historic structure, and we worked hard to try to make a structure we felt was appropriate for this site,” said Genese, who further explained that the new house would be governed by modern codes. “One of the factors we had to look at was the original house grew organically over a number of years, so it really wasn’t a cohesive design. It was a conglomeration of various additions that were put on that didn’t necessarily properly relate to each other. Because of the historic nature of the house, a lot of those things were looked over. When we looked at historic images of the house, we realized that many of the decisions were not made with full understanding of the global shape and mass of the house would be.”

Genese said the proposed home would be about 44 feet in width, similar in square footage and “could theoretically be bigger.” The exterior color of the home would be a historic pale blue-ish gray and the exterior would be made out of Hardie Planks made by James Hardie, a cementitious material. The trimmings, including moldings, windowsills and railings, proposed would be white Azek products, which Genese said are used on historic structures today. The windows and doors would be Anderson 400 series. The shutters would match the roof with a dark charcoal color.

Commission Chairman Peter Salins questioned why a planking system was used instead of shingles, which the original home had on its exterior.

“There are cementitious products that are shingles,” said Genese. “The shape can very easily be modified. The reason we chose Hardie Plank is because it’s energy efficient, maintenance free, insect free, it doesn’t stain, it’s cleanable, it doesn’t have to be painted. It’s more expensive than wood, but it’s a better product in the long run because, over time, it saves money.”

Landscape architect Damon Scott presented the landscape plan for the site and civic engineer Michael Rand explained that the proposed plan included new drainage that would capture 100 percent of the water in a 5-inch rain fall.

Many residents packed into village hall to hear the presentation and later give their thoughts on the site plan.

“The question today is whether the commission will allow the owner to alter the character of the property in our village by constructing a house, which I don’t think is consistent with the site,” said Michael Scotto, an administrator of the Save the Baxter House Facebook group. “While the commission may approve the construction of structures which have a dissimilar architectural style, I don’t believe the proposed structure is in the best interest of the site or appropriate. The Baxter House stood there for over 300 years. The house and its footprint is ingrained in the history of our community.”

“The first matter I’d like to bring up is lead on the property,” said Stulbaum. “My understanding [is that] the exterior was 183 times the allowable amount, and when the house was demolished there was lead consistently throughout the air, so much so that I was advised to close the windows and shut the doors by medical personnel. I think anything going forward needs to address that the dirt does not contain any lead. I would propose a simple lead test. Secondly, related to that I noticed the new structure has a second floor to the garage…from my property I am essentially losing a view from my backyard. There are three air condition units and a generator. Besides the fact that those are outside my kids’ windows, it was mentioned there is soundproofing needed for that. On the north side, where there are residents as opposed to the south side or side on Shore Road, easily you could put the air conditioning unit. If they’re so beautifully covered, have them beautifully covered where there’s already noise.”

Many residents voiced that they were expecting a replica of the Baxter House to be presented.

“This is very important to many of us in the room,” said Kathy Coley. “I don’t hate this house, but it’s not the replica we expected. I am really cheered by the questions you are asking. The thing we haven’t talked about is should this go forward, and I hope we’ll have a beautiful replica of our Baxter House. If we find any archaeological remains in the ground what happens? That was supposed to be a Native American village.”

Charlene Berman held similar sentiments, and said she was expecting a replica. Resident Richard Brody asked if the village has any protection in terms of recourse.

“I have seen the history of this property with this owner, the way various violations were addressed,” said Brody.

One resident, Jim Sacrestano agreed with the plans, and stated, “16 years this woman has been tortured.”

“I don’t think there is anything the matter with the submittals we’ve seen so far being modified such that if the board was interested, we could require a rendered landscape plan be provided with a little extra planting along the north façade, and the second thing is given the concern about the Hardie Plank, it would not be that difficult to assemble a board with the components together so you could get a feeling of how this material would or would not work to your satisfaction,” said building inspector Robert Barbach. “I think that the two weeks would be more than adequate time for these two submittals to be assembled and that would give each board member time to come by and see it prior to the next meeting.”

Regarding the lead test, Barbach explained, “This is an unusual circumstance given that the building had already been demolished under a demo permit issued by my predecessor. I’d like to say, but I don’t want to make promises, but given the concerns that have been raised about the potential contamination of the soil, I think it would be prudent to get a test or see certification there is no contamination. I think the building department would like to see the soil is clean before any issuance of permits.”

Regarding the possible Native American remains, Prior explained he will look into that. In response to comments, the applicant’s attorney

A. Thomas Levin said, “The village does not have the right to require a replica.”

The commission will meet again at a yet-to-be-determined date to discuss the plans and what they will and will not approve in depth. Site plans can be found at village hall located at 315 Main St.

Photo Credit to Mike Scotto of Save the Baxter House group snapped this in 2016.

Click here for the article on Port Washington News.