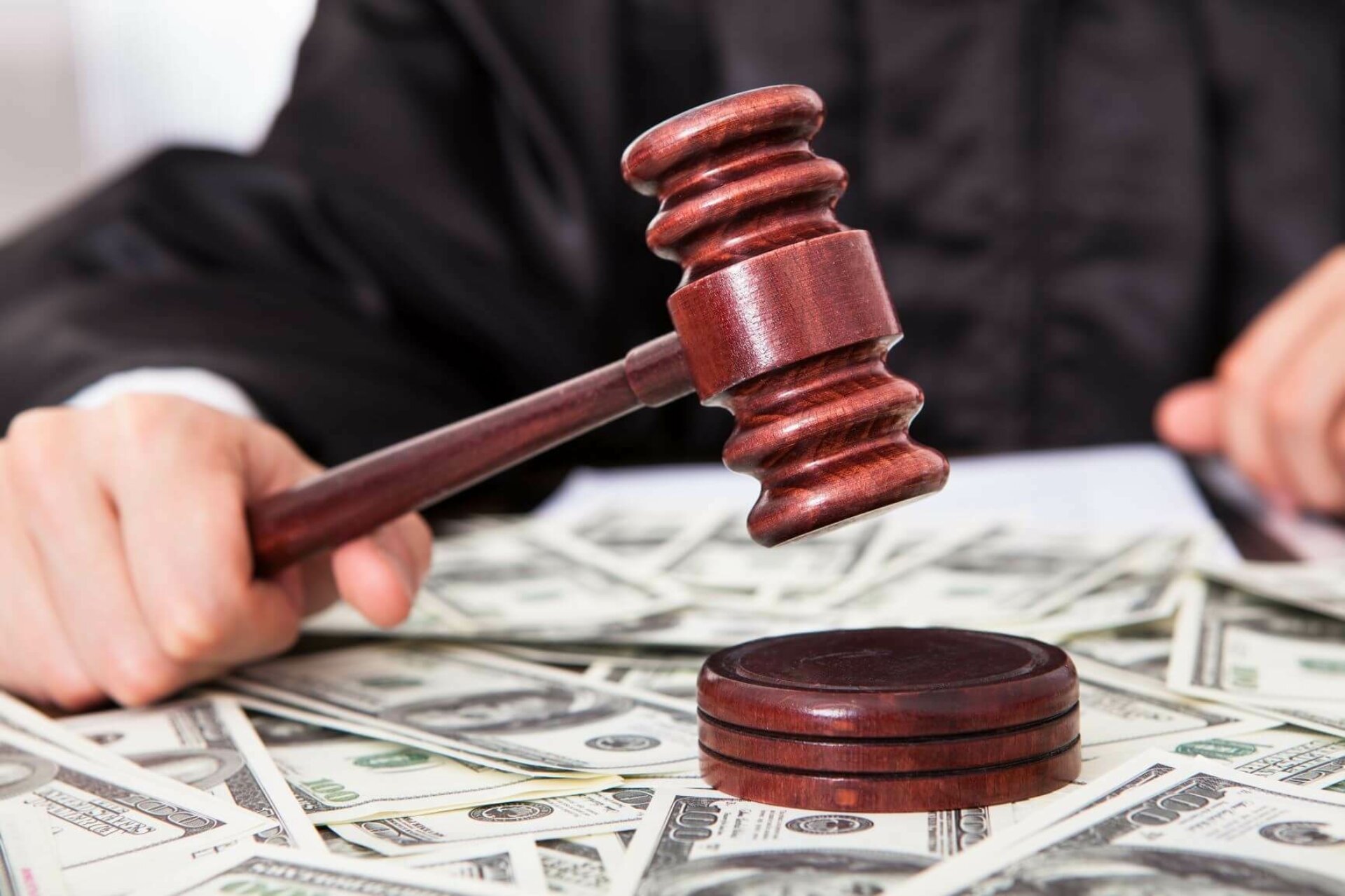 Jun 30, 2020Litigation & Dispute Resolution
While court decisions concerning fraud and misrepresentation claims consistently pack the courts’ dockets, some weeks there are simply no notable decisions to highlight. This past week, while no decisions were issued that really delve into an analysis of fraud, there was a smattering of decisions with some handy sound bites on key issues that could provide recent authority for basic, well-accepted principles. The three recent decisions that I have identified concern the well-established case law that (1) only “pecuniary damages” resulting from the alleged fraud are recognized on a fraud cause of action, and not lost profits or what might have been obtained; (2) a tort claim such as fraud cannot been created based upon a mere breach of contractual obligations; and (3) a fraud claim cannot be plausibly alleged in the absence of justifiable reliance on the claimed misrepresentation. In each case, the fraud claims were dismissed at the pleadings stage. Pecuniary Damages I have written often on the damages that must be alleged and that are available for a cause of action for fraud, namely “pecuniary damages.” The New York Court of Appeals in Connaughton v Chipotle Mexican Grill, Inc., 29 NY3d 137, 142 (2017) nicely summarized the law as follows:

The fraud-based claims should also be dismissed because plaintiffs have not adequately alleged “actual pecuniary loss sustained” as the direct result of defendants’ alleged fraud (Lama Holding Co v Smith Barney, 88 NY2d 413, 421 [1996] [internal quotation marks omitted]; see Sapienza v Becker & Poliakoff, 173 AD3d 640 [1st Dept 2019]). Instead, in their complaint, plaintiffs seek to recover lost profits they would have realized if they successfully completed the purchase of the aircrafts. However, plaintiffs cannot be compensated under a fraud cause of action “for what they might have gained” (Connaughton v Chipotle Mexican Grill, Inc., 29 NY3d 137, 142 [2017] [internal quotation marks omitted]; Sapienza at 640).

The Tort of Fraud Cannot be Created From Mere Breach of Contractual Duty As I have explained, the cause of action arising from the breach of a duty imposed by a contractual agreement is distinct from a “tort” claim that arises from a duty imposed by the common law, i.e., what judges have deemed worthy of compensation. That means that typically courts require a party seeking to allege fraud to rely upon a legal duty that is independent of a contract. The Appellate Division, Second Department, reinforced this concept in its recent decision in Oceanview Assoc., LLC v HLS Bldrs. Corp., 2020 NY Slip Op 03519 (2d Dep’t Decided June 24, 2020). In Oceanview, the plaintiff sought to recover damages for an allegedly defectively constructed parapet wall on the roof of a multi-unit residential building. The plaintiff sued, among others, the general contractor and superintendent of construction on the construction project and its president for breach of contract, negligence, and fraud. The lower court, among other things, dismissed the causes of action for negligence and fraud on the grounds that the allegations underlying those causes of action were the same as the allegations underpinning the breach of contract cause of action. The Second Department affirmed, ruling:

“[A] simple breach of contract is not to be considered a tort unless a legal duty independent of the contract itself has been violated. This legal duty must spring from circumstances extraneous to, and not constituting elements of, the contract, although it may be connected with and dependent upon the contract” (Clark-Fitzpatrick, Inc. v Long Is. R.R. Co., 70 NY2d 382, 389 [citations omitted]). “Put another way, where the damages alleged were clearly within the contemplation of the written agreement . . . [m]erely charging a breach of a duty of due care,’ employing language familiar to tort law, does not, without more, transform a simple breach of contract into a tort claim'” (Dormitory Auth. of the State of N.Y. v Samson Constr. Co., 30 NY3d 704, 711, quoting Clark-Fitzpatrick, Inc. v Long Is. R.R. Co., 70 NY2d at 390). Here, the complaint did not allege facts that would give rise to a duty owed to the plaintiff that is independent of the duty imposed by the parties’ contract. Accordingly, we agree with the Supreme Court’s determination granting that branch of the Landsman defendants’ motion which was to dismiss the cause of action to recover damages for negligence insofar as asserted against them (see Rosner v Bankers Std. Ins. Co., 172 AD3d 1257, 1259; Ocean Gate Homeowners Assn., Inc. v T.W. Finnerty Prop. Mgt., Inc., 163 AD3d 971, 974).

Similarly, “where . . . a claim to recover damages for fraud is premised upon an alleged breach of contractual duties and the supporting allegations do not concern representations which are collateral or extraneous to the terms of the parties’ agreement, a cause of action sounding in fraud does not lie” (McKernin v Fanny Farmer Candy Shops, 176 AD2d 233, 234; see Yenrab, Inc. v 794 Linden Realty, LLC, 68 AD3d 755, 757; Heffez v L & G Gen. Constr., Inc., 56 AD3d 526, 527). Here, the allegations upon which the cause of action sounding in fraud were based were the same as those underlying the cause of action alleging breach of contract and amounted to nothing more than a failure to perform under the contract (see Fromowitz v W. Park Assoc., Inc., 106 AD3d 950, 951-952; Breco Envtl. Contrs., Inc. v Town of Smithtown, 307 AD2d 330, 332; Middle Country Cent. School Dist. v O’Healy Constr. Corp., 230 AD2d 777, 778). Accordingly, we agree with the Supreme Court’s determination granting that branch of the Landsman defendants’ motion which was to dismiss the cause of action to recover damages for fraud insofar as asserted against them.

Lack of Justifiable Reliance The last decision was in the federal case of Sabatano v. Iovate Health Sciences U.S.A. Inc., 19 CV 8924 (VB) (S.D.N.Y. June 22, 2020). In Sabatano, plaintiffs sought to allege a class action against a manufacturer of dietary supplements. Plaintiffs alleged that they were induced to buy defendant’s supplement based upon alleged misrepresentations in the product packaging that stated: “Promotes Muscle Protein Synthesis,” “ensures that your muscles are primed for musclebuilding,” and provides “key building blocks of muscle.” Plaintiffs alleged this marketing led them to believe that consuming the product would facilitate muscle growth and thus induced their purchase of the product. Among the causes of action sought to be alleged was common law fraud. The court granted the defendant’s motion pursuant to Fed.R.Civ. Proc. 12(b)(6), ruling in relevant part: Defendant argues plaintiffs fail to allege with particularity a fraud claim pursuant to Federal Rule of Civil Procedure 9(b). The Court agrees.

A claim for fraud under New York law requires a showing of “misrepresentation or a material omission of fact which was false and known to be false by defendant, made for the purpose of inducing the other party to rely upon it, justifiable reliance of the other party on the misrepresentation or material omission, and injury.” Lama Holding Co. v. Smith Barney, Inc., 88 N.Y.2d 413, 421 (1996). …

In addition, Rule 9(b) requires that “[i]n alleging fraud . . . a party must state with particularity the circumstances constituting fraud.” “[T]o comply with Rule 9(b), the complaint must: (1) specify the statements that the plaintiff contends were fraudulent, (2) identify the speaker, (3) state where and when the statements were made, and (4) explain why the statements were fraudulent.” Lerner v. Fleet Bank, N.A., 459 F.3d 273, 290 (2d Cir. 2006). And “[t]o meet the requirements of Rule 9(b) a plaintiff must show the manner in which he was damaged by the implementation of a deceptive or manipulative practice or by a misrepresentation or omission.” Moran v. Kidder Peabody & Co., 609 F. Supp. 661, 665 (S.D.N.Y. 1985).

Commentary While each of these decisions recites principles that are well-accepted in the area of fraud, it is always helpful to have more recent authority to cite for long-established doctrine. The above cases provide nice, concise sound bites for appropriate use.
← Kevin Schlosser Writes, "Concealing or Failing to Disclose Material Information: When is it Actionable in Fraud?"
Kevin Schlosser Writes, "Fraudulent Inducement Claims by Life Insurance Company Dismissed for Lack of Reasonable Reliance" →