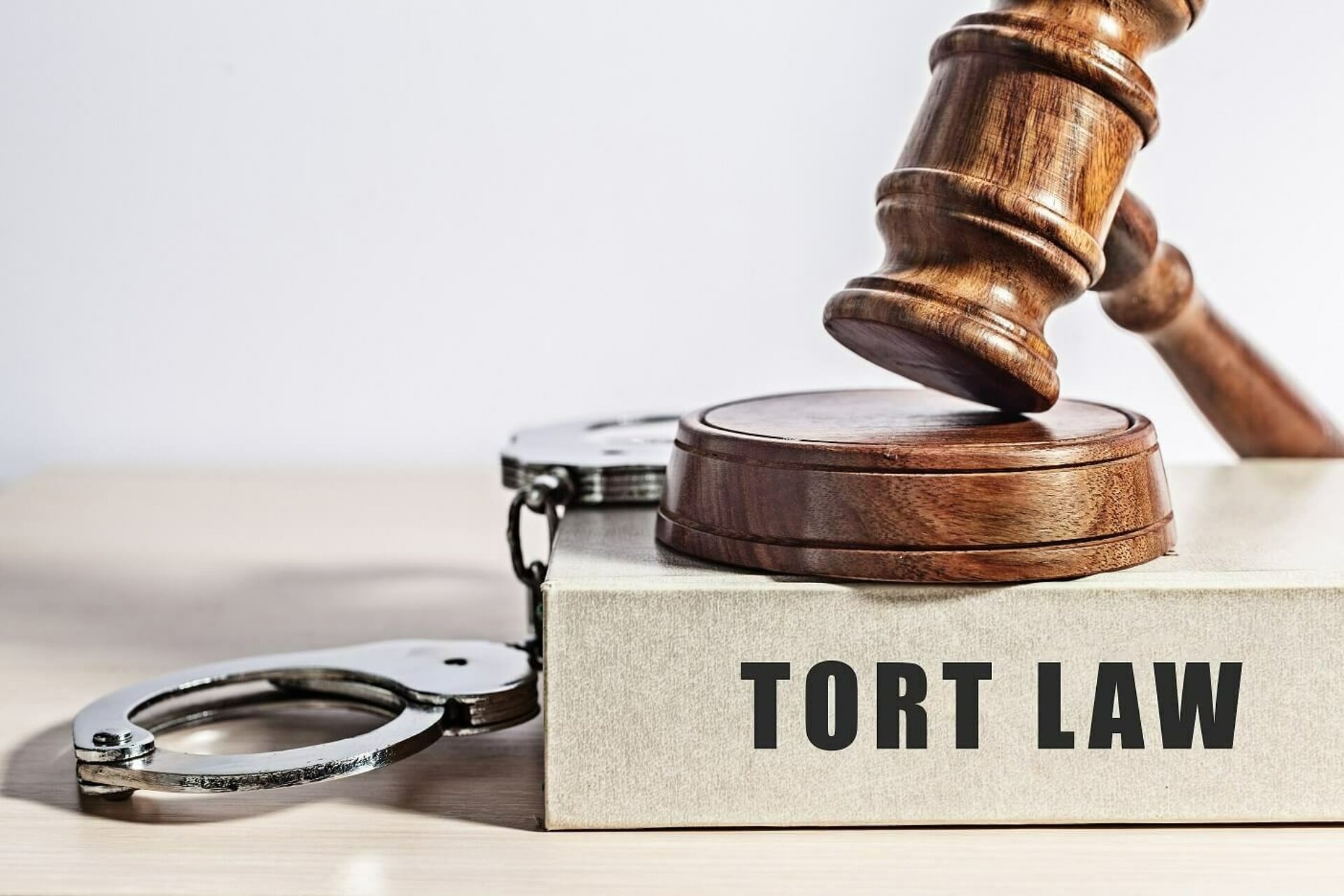 Oct 10, 2019Litigation & Dispute Resolution
The civil cause of action for fraud is a species of tort. See North Shore Architectural Stone, Inc. v American Artisan Constr., Inc., 2017 NY Slip Op 06655 (2d Dep’t 2017). One of the elements of the cause of action for fraud, like many torts, is causation. Causation in fraud is broken down into two segments: “transaction” causation and “loss” causation. I explained these concepts in a prior post. The Appellate Division, First Department decision in Basis PAC-Rim Opportunity Fund (Master) v TCW Asset Mgt. Co., 2017 NY Slip Op 01644 (1st Dep’t 2017) succinctly laid out the two concepts as follows:

A fraud claim requires “proof by clear and convincing evidence” as to each element of the claim (Gaidon v Guardian Life Ins. Co. of Am., 94 NY2d 330, 350 [1999]). One such element is causation, and to establish causation, plaintiffs must prove both that “defendant’s misrepresentation induced plaintiff[s] to engage in the transaction in question (transaction causation) and that the misrepresentations directly caused the loss about which plaintiff[s] complain (loss causation)” (Laub v Faessel, 297 AD2d 28, 31 [1st Dept 2002]). “Transaction causation is akin to reliance, and requires only an allegation that but for the claimed misrepresentations or omissions, the plaintiff would not have entered into the detrimental [*3]securities transaction’” (Lentell v Merrill Lynch & Co., 396 F3d 161, 172 [2d Cir 2005], cert denied 546 US 935 [2005]).

“Loss causation is the causal link between the alleged misconduct and the economic harm ultimately suffered by the plaintiff’” (id. at 172). To establish loss causation a plaintiff must prove that the “subject of the fraudulent statement or omission was the cause of the actual loss suffered’”(id. at 173). Moreover, “when the plaintiff’s loss coincides with a marketwide phenomenon causing comparable losses to other investors, the prospect that the plaintiff’s loss was caused by the fraud decreases’, and a plaintiff’s claim fails when it has not . . . proven . . . that its loss was caused by the alleged misstatements as opposed to intervening events’” (id. at 174 quoting First National Bank v Gelt Funding Corp., 27 F3d 763, 772 [2d Cir 1994]). Indeed, when an investor suffers an investment loss due to a “market crash [] of such dramatic proportions that [the] losses would have occurred at the same time and to the same extent regardless of the alleged fraud,” loss causation is lacking (see Loreley Fin. [Jersey] No. 3 Ltd. v Wells Fargo Sec., LLC, 797 F3d 160, 186-187 [2d Cir 2015]).

Although it does not appear in many decisions involving claims of fraud, the tort concept of “superseding cause” has been applied to fraud causes of action. Superseding Cause A leading Court of Appeals case explaining the concept of superseding cause in tort is Gordon v. E. Ry. Supply, 82 N.Y.2d 555 (1993). In Gordon, plaintiff was suing for injuries he sustained when he fell from a ladder while cleaning a railroad car. The Court explained the facts and the causation argument the defendant asserted as follows:

This accident happened after plaintiff climbed to the fourth or fifth step of the ladder and activated the trigger of the sandblaster. When he did so, the ladder tipped, causing him to fall. Plaintiff was not injured because he hit the ground but because in falling he lost control of the sandblaster and it sprayed him with sand. It continued to spray sand, apparently because of a defective trigger, after he hit the ground. Based on these facts, defendants maintain that any violation of [Labor Law] section 240 (1) did not contribute to plaintiff’s injury but, rather, the injury was solely caused by the defective sandblaster.

In explaining the concept of superseding cause, the Court ruled:

Defendants maintain that plaintiff’s injury was caused by a defective sandblaster, not their failure to provide him with a sufficiently safe scaffold or ladder. In essence, they contend that the sandblaster was a superseding cause of plaintiff’s injuries, completely independent of defendants’ violation of the statute.

Defendants are liable for all normal and foreseeable consequences of their acts. To establish a prima facie case plaintiff need not demonstrate that the precise manner in which the accident happened or the injuries occurred was foreseeable; it is sufficient that he demonstrate that the risk of some injury from defendants’ conduct was foreseeable. An independent intervening act may constitute a superseding cause, and be sufficient to relieve a defendant of liability, if it is of such an extraordinary nature or so attenuated from the defendants’ conduct that responsibility for the injury should not reasonably be attributed to them (see, Kush v City of Buffalo, 59 N.Y.2d 26, 33; Derdiarian v Felix Contr. Corp., supra, at 316).

In this case, defendants’ failure to provide plaintiff with a safe scaffold or ladder while he sandblasted the railroad car was a substantial cause leading to his fall and the injuries he sustained. Injury was a foreseeable result of cleaning railroad cars from an elevated position, and a fall and injury occasioned by an allegedly defective sandblaster used in the process is not of such an “extraordinary nature” that defendants’ responsibility for the injury should be severed.

Causation in Fraud Claim A recent decision of the Appellate Division, Second Department, addressed the issue of superseding cause in the context of a fraud claim – Designer Limousine, Inc. v Authority Transp., Inc., 2019 NY Slip Op 07049 (2d Dep’t Decided October 2, 2019). The plaintiff operated a fleet of buses and other vehicles for hire. It alleged that one of the defendants was in the business of conducting automobile damage appraisals and had falsely inflated the damage amounts of plaintiff’s vehicles as part of a scheme with the other defendants to defraud plaintiff’s insurer. Plaintiff alleged that this fraudulent conduct caused plaintiff’s insurance premiums to increase exponentially and, in turn, forced the company to discontinue operations. The defendant moved for summary judgment dismissing the fraud cause of action, arguing that his alleged fraudulent conduct was not a proximate cause of the plaintiffs’ claimed losses, and that an August 2012 fatal accident involving one of plaintiff’s buses and the accident’s impact on the business constituted superseding causes of the plaintiff’s claimed losses, relieving him of any liability. The Supreme Court denied the motion for summary judgment because the defendant had not sufficiently established a superseding cause as a matter of law. The Second Department affirmed, ruling:

To establish a fraud claim, a plaintiff must show that the defendant’s alleged fraudulent conduct was a direct and proximate cause of his or her claimed losses (see Ambac Assur. Corp. v Countrywide Home Loans, Inc., 151 AD3d 83, 86, affd 31 NY3d 569; Greentech Research LLC v Wissman, 104 AD3d 540). There may be more than one proximate cause of a plaintiff’s injuries (see Gray v Air Excel Serv. Corp., 171 AD3d 1026, 1028; Santaiti v Town of Ramapo, 162 AD3d 921, 926). However, an independent intervening act may constitute a superseding cause, and be sufficient to relieve defendants of liability, “if it is of such an extraordinary nature or so attenuated from the defendants’ conduct that responsibility for the injury should not reasonably be attributed to them” (Gordon v Eastern Ry. Supply, 82 NY2d 555, 562; see Weiss v Hager, 151 AD3d 906, 909). Although the issue may be decided as a matter of law where only one conclusion may be drawn from the established facts, the question of proximate cause is generally to be decided by the finder of fact (see Derdiarian v Felix Contr. Corp., 51 NY2d 308, 315; Bermejo v Khaydarov, 155 AD3d 597, 597-598; Li v Midland Assoc., LLC, 26 AD3d 473, 474).

Here, [defendant] Cassano failed to demonstrate his prima facie entitlement to judgment as a matter of law dismissing the fraud cause of action on the ground that his alleged fraudulent conduct was not a proximate cause of the plaintiffs’ claimed losses. Contrary to Cassano’s contention, he failed to demonstrate that the events subsequent to the alleged fraud relating to the August 2012 accident constituted superseding causes relieving him of liability for the plaintiffs’ claimed losses. Accordingly, we agree with the Supreme Court’s determination to deny that branch of Cassano’s motion which was for summary judgment dismissing the fraud cause of action insofar as asserted against him, without regard to the sufficiency of the plaintiffs’ opposition papers (see Winegrad v New York Univ. Med. Ctr., 64 NY2d 851, 853).

Commentary To establish a claim for fraud, it is not enough for the plaintiff to show that defendant made factual misrepresentations upon which the plaintiff relied. Even if the plaintiff did in fact reasonably rely on those misrepresentations, and changed its position in such reliance, if the losses plaintiff sustained would have occurred independently and without regard to the fraudulent statements, any such superseding cause of the losses breaks the chain of causation on the fraud claim. Click here for Kevin Schlosser's fraud blog.
← Kevin Schlosser Authors, "EDNY Dismisses Fraud Claim That is Duplicative of Failed Contract Claim"
Kevin Schlosser Authors, "First Department Analyzes Adverse Interest Exception to In Pari Delicto Defense" →