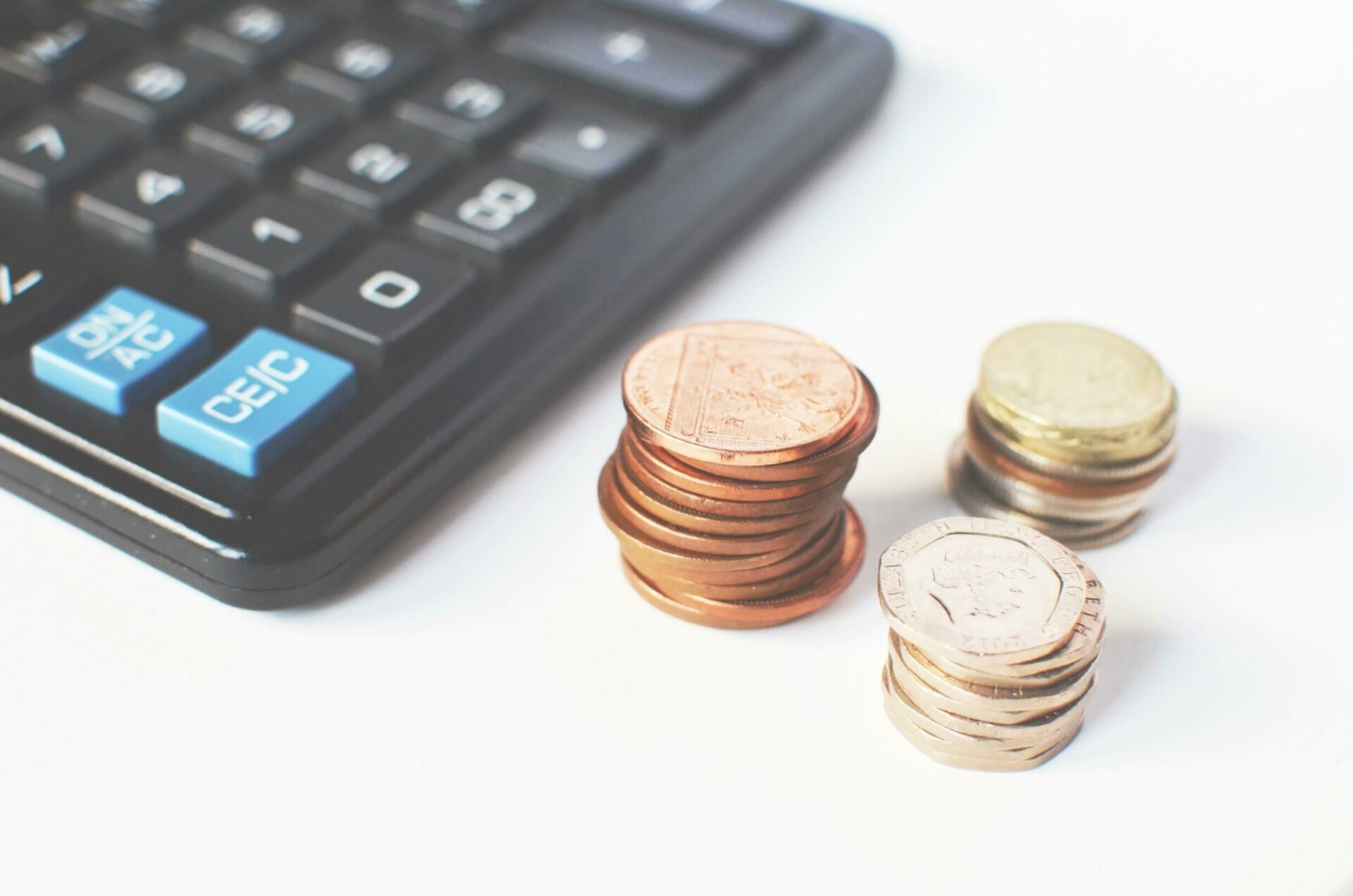 Jan 18, 2018Litigation & Dispute Resolution
In my January 8, 2018 post, I reviewed a New York Appellate Division Third Department decision that sustained a claim for fraud based upon misrepresentations coming after the contract was entered that also amounted to a breach of contract. The Third Department ruled that since the plaintiff allegedly reasonably relied upon these allegedly fraudulent misrepresentations to its detriment, a fraud claim was adequately alleged. Luckow v RBG Design-Build, Inc., 2017 NY Slip Op 09221 (3d Dep’t Decided on December 28, 2017). These issues are very dicey, however, because courts have also viewed intentional misrepresentations after a contract is entered concerning performance of the contract as nothing more than a breach of contract. A recent case in point was reported in the New York Law Journal on January 11, 2018 — Choice Money Transfer, Inc. v. Societe Intl de Change, 17 Civ. 2639, SDNY, Decided Dec. 15, 2017. Thus, counsel must be aware of these differing interpretations in connection with the assertion or defense of such claims to take advantage of the most favorable case law and otherwise avoid an adverse result. In Choice Money, the contract involved monetary exchange rates. The plaintiff, a consumer money transfer services company, alleged that defendants, who were in the business of executing payments for international money transfers, provided plaintiff with miscalculated exchange rates, such that defendants requested and received payment from plaintiff beyond what defendants were owed. Plaintiff asserted claims for breach of contract, fraud, and money had and received, alleging that defendant improperly calculated and deliberately obfuscated its invoices so as to conceal the miscalculation. Specifically, plaintiff alleged that defendant provided it with U.S. Dollar (“USD”)/Mauritanian Ouguiya (“MRO”) and Euro/MRO exchange rates inconsistent with the USD/Euro exchange rate and calculated amounts owed by applying the USD/MRO rate to the total number of MROs paid out regardless of whether the transaction originated in Euros or dollars. Plaintiff alleged that this resulted in defendant’s requesting and receiving from plaintiff payment beyond what was owed under their contract. On defendant’s motion to dismiss the fraud claim, Judge Rakoff dismissed the fraud claim, relying upon a similar decision he rendered in 1999. Judge Rakoff found that the plaintiff’s claim that defendant concealed its breach of contract by misrepresenting the correct exchange rates required by the contract amounted to nothing more than a breach of contract and not fraud:

[Plaintiff] cannot make any such showing [of fraud]. [Plaintiff]’s claim is based on [defendant]’s allegedly concealing the volume of MROs paid out from European transactions, obscuring that [defendant]’s invoices calculated the amount due based only on the USD/MRO rate for all transactions, and leading [Plaintiff] to believe it used the Euro-USD exchange rate to compute the principal amount due, when really it used that rate only to calculate commissions. … But “even intentionally misleading statements by a defendant falsely indicating an intent to perform under a contract and/or concealing a breach of contract do not give rise to an action for fraud.” Ikea N. Am. Servs., 56 F. Supp. 2d at 342. Because that is exactly what [Plaintiff]’s fraud claim asserts, the claim cannot lie.

even intentionally misleading statements by a defendant falsely indicating an intent to perform under a contract and/or concealing a breach of the contract do not give rise to an action for fraud. See Bridgestone, 98 F.3d at 19; see also Reuben H. Donnelley Corp. v. Mark I Marketing Corp., 893 F.Supp. 285, 290 (S.D.N.Y. 1995) (applying New York law).[footnote omitted]. The oral and written misrepresentations here alleged, while serious, are limited to false statements of contractual performance and attempted concealments of contractual breach. Seeking to avoid the obvious bar to a fraud claim premised on such misrepresentations, plaintiffs theorize that the misrepresentations breached an independent duty to plaintiffs created by the federal mail fraud statute, 18 U.S.C. § 1341, which makes it a federal crime to use the mails in furtherance of a scheme to defraud. Plaintiffs’ theory, if true, would virtually destroy the state law bar to fraud claims premised on concealment of contractual breaches, since virtually any such misrepresentation for the purpose of obtaining or retaining contractual payment could qualify as a mail fraud offense if there was any use of the mails in any way incident to the furtherance of the scheme. See Schmuck v. United States, 489 U.S. 705, 710, 109 S.Ct. 1443, 103 L.Ed.2d 734 (1989).

In Reuben H. Donnelley Corp. v. Mark I Marketing Corp., 893 F. Supp. 285 (SDNY 1995), which Judge Rakoff relied upon in both of his decisions above, defendants alleged in a counterclaim that “plaintiff’s concealment of its breach [of contract] constitutes a separate claim for ordinary fraud.” The court rejected this argument, ruling in relevant part:

As to their argument that they have properly pled a claim for ordinary fraud, defendants contend that by alleging that plaintiff intentionally concealed its breach of the agreement, which misled defendants into not taking action against it, they have established a cause of action independent of the breach itself. Cohen, 25 F.3d at 1172. Under New York law, however, alleged concealment of a breach is insufficient to transform what would normally be a breach of contract action into one for fraud. MBW Advertising Network v. Century Business Credit Corp., 173 A.D.2d 306, 306-07, 569 N.Y.S.2d 682, 682 (N.Y.App.Div.1991); Glynwill Investments, N.V. v. Prudential Securities, Inc., No. 92 Civ. 9267, 1995 WL 362500, at *6-*7 (S.D.N.Y. June 16, 1995); Airlines, 721 F.Supp. at 582; Vista, 725 F.Supp. at 1294. In MBW, the plaintiff pled fraud based, in part, on the defendant’s misrepresentations that it was properly performing under a contract. Upholding the dismissal of the fraud claim, the court held that “a cause of action for fraud will not arise if the alleged fraud merely relates to the breach of contract.” MBW, 173 A.D.2d at 306, 569 N.Y.S.2d at 682.

As in MBW, here, plaintiff’s alleged concealment of its breach is nothing more than a breach of the contract itself. Moreover, the fact that defendants are not seeking compensatory damages for fraud separate from those flowing from the breach of the Agreement itself bolsters our holding. Accordingly, because defendants’ counterclaim for fraud is nothing more than a breach of contract claim, we will treat it as such and grant plaintiff’s motion to dismiss defendants’ fourth counterclaim as being redundant of their second and third counterclaims and/or failing to state a claim on which relief can be granted.[2] Fed.R.Civ.P. 12(b)(6), 12(f).

A similar more recent federal case is U.S. ex rel. O’Donnell v. Countrywide Home Loans, Inc., 822 F.3d 650 (2d Cir. 2016), which I reviewed in my earlier post. In O’Donnell, the Second Circuit ruled that a claim for common law fraud did not arise based upon a contracting party’s representations of the quality of loans that were required as part of a contract. As I explained in my January 8, 2018 post, however, the same factual context in which a contracting party provides misrepresentations concerning its performance of a contract was found to constitute an adequate claim for fraud. Thus, these cases must be carefully reviewed and applied depending on which side of the position the arguments are made.
← Kevin Schlosser Authors "Misrepresentations After Contract Entered Can Amount to Cause of Action for Fraud"
Kevin Schlosser Authors "Lawyers’ Role Key to Preserving and Preventing Fraud Claims" →