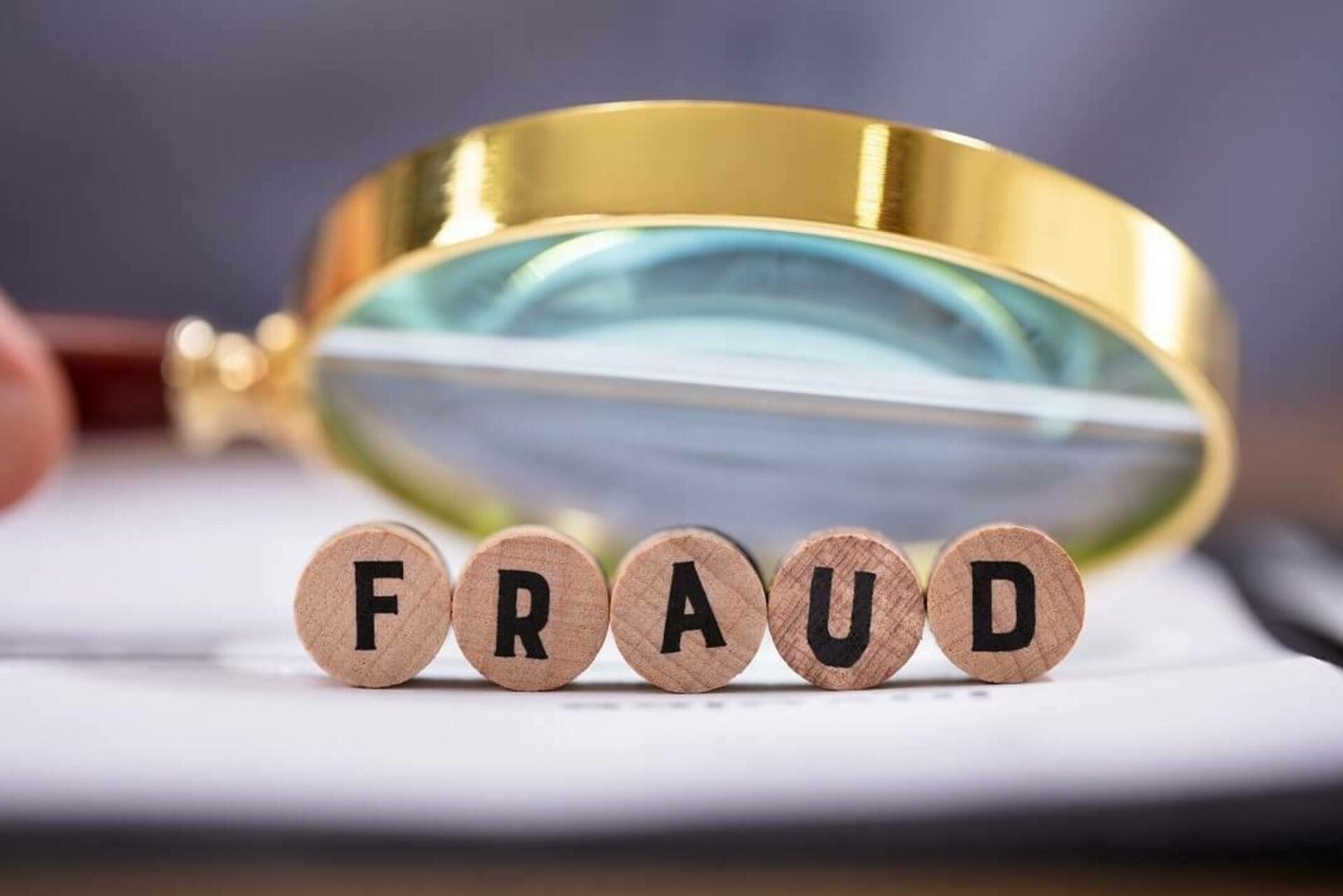 Mar 13, 2020Litigation & Dispute Resolution
A new decision of the New York Appellate Division, First Department, covers some interesting topics of fraud claims: (1) misrepresentations inducing the payment of construction bills, (2) the relaxed standard for alleging intent to defraud and (3) allegations of conspiracy relating to fraud. The decision was rendered in Cohen Bros. Realty Corp. v Mapes, 2020 NY Slip Op 01440 (1st Dep’t Decided March 3, 2020). In a prior post, I addressed a case in which the plaintiff alleged it was defrauded into paying construction-related invoices submitted by a contractor who allegedly misrepresented and exaggerated its charges for the construction work purportedly rendered. The case was Luckow v RBG Design-Build, Inc., 2017 NY Slip Op 09221 (3d Dep’t Decided on December 28, 2017). In relevant part, the Third Department reinstated the fraud claims, ruling:

In the second cause of action against Rose, plaintiffs allege that Rose knew the construction work was either not performed or performed improperly, but he continued to bill plaintiffs for the nonconforming or incomplete work. The alleged misrepresentations were made after the contract was executed and could not have induced its formation. Nevertheless, these [*5]allegations are sufficient to state a cause of action for fraudulently inducing plaintiffs to pay bills that were purportedly inflated (see Kosowsky v Willard Mtn., Inc., 90 AD3d 1127, 1129 [2011]). Rose testified that he billed for estimated percentages of completed work, plaintiffs could have asked him to explain the bills, and, if he made any billing errors, they were inadvertent. Plaintiffs submitted proof that Rose had billed for 85% of the contract costs (including increased amounts for changes based on unsigned change orders), but the subsequent contractor determined that the project was only 50% complete when plaintiffs terminated the contract. The record contains evidence indicating that the bills were vague and difficult to comprehend. [Plaintiff’s agent] averred that he did not fully understand the bills, but paid them in reliance on Rose’s assertion in those bills that certain percentages of the project had been completed. Under the circumstances, questions of fact exist as to whether Rose fraudulently induced payment of bills by [Plaintiff]’s agent for work that was not performed. Hence, it was error to grant summary judgment dismissing that cause of action against Rose.

Mapes In Mapes, the factual basis for the fraud claims was similar. Plaintiffs, affiliated real estate development companies, alleged that their director of construction had fabricated and falsified construction purchase orders in conspiracy with certain contractors that he hired on behalf of plaintiffs, defrauding plaintiffs into paying excessive amounts, which the contractor defendants then shared with plaintiffs’ director. Growing suspicious of the director-defendant’s lavish lifestyle, plaintiffs ultimately investigated how he conducted business and discovered the fraudulent billing and payment scheme. Among the causes of action brought by plaintiffs were fraud claims against the director and conspiracy to commit fraud against the contractors. The court below granted defendants’ motion to dismiss, and the First Department reversed. Intent or Knowledge of the Alleged Fraud Defendants principally argued that plaintiffs had not alleged fraud with sufficient particularity as required by CPLR 3016(b). As I have discussed previously (“Relaxing the Heightened Pleading Standard in Alleging Fraudulent Intent”), the element the First Department focused upon was defendants’ intent or knowledge of the fraud, noting that at the pre-discovery pleading stage, courts relax the pleading standard, recognizing that without further discovery, plaintiff is unlikely to have direct and specific evidence of defendant’s state of mind:

To state a cause of action for fraud, a plaintiff must allege “a material misrepresentation of a fact, knowledge of its falsity, an intent to induce reliance, justifiable reliance by the plaintiff and damages” (Eurycleia Partners, LP v Seward & Kissel, LLP, 12 NY3d 553, 559 [2009]; Braddock v Braddock, 60 AD3d 86 [1st Dept 2009], appeal withdrawn 12 NY3d 780 [2009]). Such a claim must be pleaded with particularity (CPLR 3016[b]; Eurycleia, 12 NY3d at 559). “[A]ctual knowledge[, however,] need only be pleaded generally, [given], particularly at the prediscovery stage, that a plaintiff lacks access to the very discovery materials which would [*3]illuminate a defendant’s state of mind” (Oster v Kirschner, 77 AD3d 51, 55-56 [1st Dept 2010]). As the Oster Court noted, “Participants in a fraud do not affirmatively declare to the world that they are engaged in the perpetration of a fraud”; rather, “intent to commit fraud is to be divined from surrounding circumstances” (id. at 55-56).

Here, we find that plaintiffs sufficiently pleaded fraud causes of action with the information available to them in a pre-discovery posture (see e.g. Houbigant, Inc. v Deloitte & Touche, 303 AD2d 92, 98-100 [1st Dept 2003]). They alleged the creation and presentation for payment to plaintiffs of false, forged or inflated purchase orders; that defendants “knew that the work described on the bogus purchase orders or invoices and other contract forms was either falsely stated, overcharged or not provided, and knew that Plaintiffs would rely on these falsified or doctored purchase orders to make unwarranted payments”; that plaintiffs “relied on these purchase orders, invoices and other contract forms in making unnecessary payments to . . . defendants” to their detriment; that such reliance was “justifiable” and “reasonable”; and that plaintiffs were damaged as a result of defendants’ fraud. After discovery, plaintiffs can amplify their pleadings and defendants can renew their motions. But at this stage, plaintiffs should be allowed to probe defendants’ knowledge of the alleged fraudulent scheme.

Conspiracy Claims The First Department also reinstated the civil conspiracy claims against the contractor defendants, observing that while New York does not recognize an independent cause of action for “conspiracy,” when an underlying tort claim is adequately alleged, those who participate in the commission of the tort can also be held liable:

Plaintiffs also adequately pleaded civil conspiracy. Although New York does not recognize an independent cause of action for civil conspiracy, allegations of civil conspiracy are permitted “to connect the actions of separate defendants with an otherwise actionable tort” (Alexander & Alexander of N.Y. v Fritzen, 68 NY2d 968, 969 [1986]). To establish a claim of civil conspiracy, the plaintiff must demonstrate the primary tort, plus the following four elements: an agreement between two or more parties; an overt act in furtherance of the agreement; the parties’ intentional participation in the furtherance of a plan or purpose; and resulting damage or injury (Abacus Fed. Savings Bank v Lim, 75 AD3d 472, 474 [1st Dept 2010]). Plaintiffs pleaded the underlying fraud against defendants Italco and R & A, as well as an agreement that “[d]efendants acted in concert and conspired to defraud [p]laintiffs’ business.” As a result, plaintiffs were damaged because they paid monies to the defendants “for non-existent, unnecessary, and/or overpriced construction and maintenance services.”

Commentary A cause of action for fraud can be based upon false and fraudulent construction billing practices. Courts recognize that plaintiffs may not be able to provide specificity or detail as to the defendants’ fraudulent state of mind before discovery is obtained. Those involved in the fraudulent activity may be held liable if plaintiff establishes the necessary elements: “an agreement between two or more parties; an overt act in furtherance of the agreement; the parties’ intentional participation in the furtherance of a plan or purpose; and resulting damage or injury.” Click here for Kevin Schlosser's Fraud Blog.
← Richard Fromewick Authors, "Nassau County Taxes Going Up"
Richard Fromewick Authors, "Nassau Tax Filing Period Extended Again" →