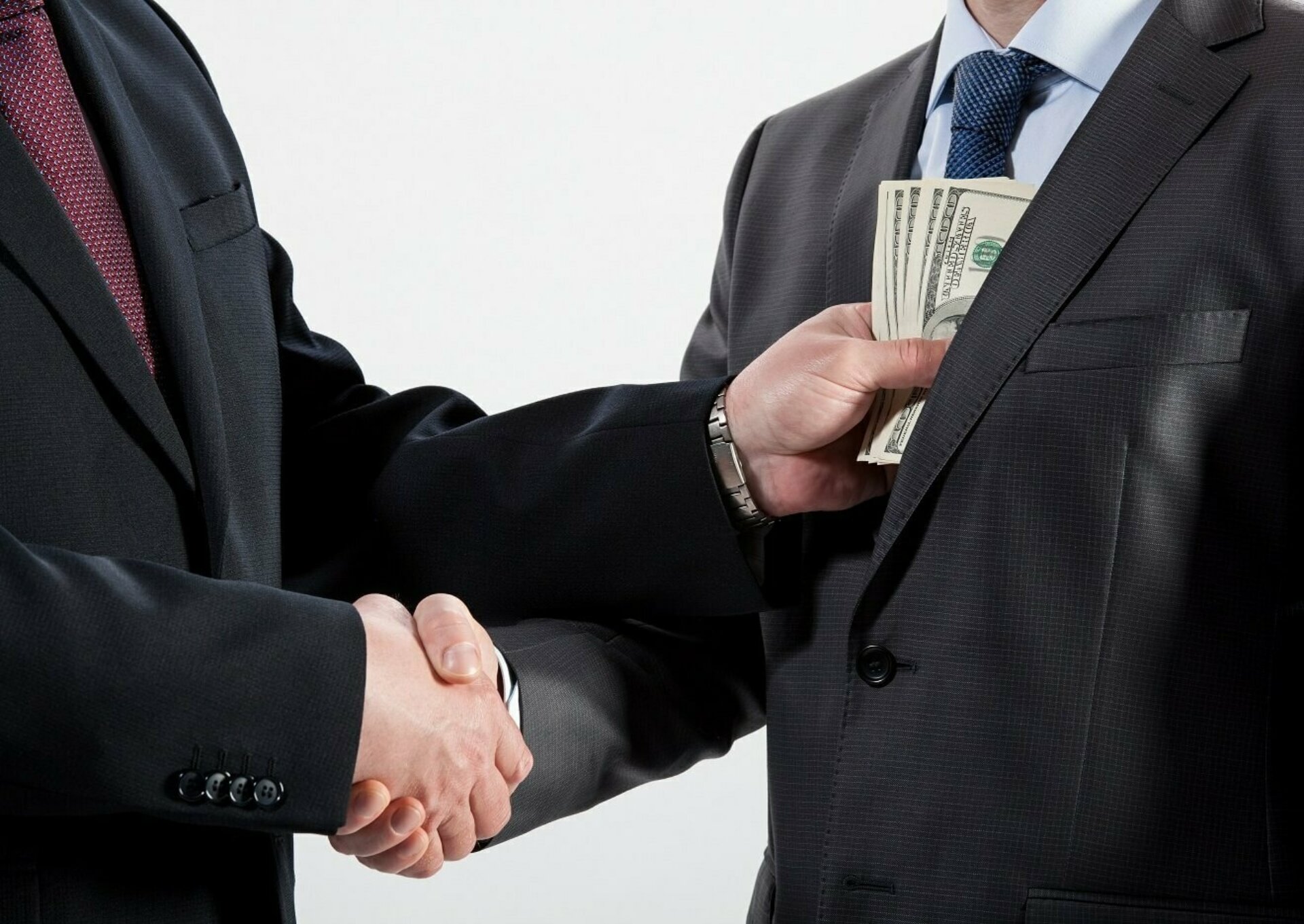 New York State codified the treatment of what it designated “fraudulent conveyances” in New York Debtor & Creditor Law Article 10, which was based on the Uniform Fraudulent Conveyance Act promulgated by the Uniform Law Commissioners in 1918 and enacted in New York in 1925. Many states had adopted a more modern version of this area of law by making changes from the Uniform Fraudulent Transfer Act in 1984 and then additional changes from what was known as the Uniform Voidable Transactions Act (UVTA) in 2014. New York, however, had been one of the last states to cling on to the old law.

On December 6, 2019, Governor Cuomo signed into law an Act that entirely replaces Article 10 of New York’s Debtor & Creditor Law with provisions from the UVTA. The law becomes effective on April 4, 2020 and applies to transfers made or obligations incurred on or after that effective date. The law takes the “fraudulent” nomenclature out of the transactions subject to the statute, replacing it with “voidable transactions” to more accurately describe the subject of the provisions. The Association of the Bar of the City of New York prepared a comprehensive report on the new law, which summarizes and explains its provisions. It is a very helpful guide. As the report explains in its overview: “The UVTA … establishes the remedies available when a person indebted to others (or intending to incur future debts) transfers assets or incurs additional debts in circumstances that impair the ability of creditors to be repaid in full. The transfer (or debt incurrence) in question is voidable by an affected creditor if it is made by the debtor with actual intent to hinder, delay or defraud any creditor. It is also deemed ‘constructively’ improper, without regard to intent, and, therefore, voidable if it is made by the debtor for less than reasonably equivalent value while the debtor is insolvent in a balance sheet sense, unable to pay its debts as they mature or will be left with unreasonably small capital to carry on its business. Included among constructively voidable transfers are ‘insider preferences’ – transfers made by an insolvent debtor to a closely related or affiliated person.”

The existing Debtor & Creditor Law sections under Article 10 are on the right, replaced with those on the left, in the chart below:

Thus, the straight six-year statute of limitations applies to constructive fraud claims, accruing on the date of the alleged fraud — without regard to when the fraud was discovered or could have been discovered. Constructive fraud claims generally eliminate the element of “intent to defraud” applicable to actual fraud claims, and replace that with requiring some form of special relationship between the parties, such a fiduciary duty. See my posts.

Thus, claims under the five “constructive fraud” provisions of the DCL (DCL 273 (conveyances by insolvent), DCL 273-a (conveyance by a defendant), DCL 274 (conveyances by person in business), DCL 275 (conveyance by person about to incur debts), DCL 277 (conveyance of partnership property) do not get the benefit of the extended two-year discovery period in CPLR 213(8). In these cases, the limitations period is six years from the date of the alleged wrong.

The new law reduces the time period in which to bring an action as follows:

(c) under subdivision (b) of section two hundred seventy-four of this article, not later than one year after the transfer was made.

Thus, where intent is an element of the claim (Section 273(a)(1)), the period is reduced from six years or two years from discovery to four years and one year from discovery. For claims where actual intent is not an element, the period is four years from the transfer. Finally, for insider transfers under Section 274(b)(“A transfer made by a debtor is voidable as to a creditor whose claim arose before the transfer was made if the transfer was made to an insider for an antecedent debt, the debtor was insolvent at that time, and the insider had reasonable cause to believe that the debtor was insolvent.”), the period is one year from the transfer.

Standards of Pleading and Proof

Courts have applied different standards of pleadings and proof to claims under Debtor & Creditor Law Article 10, as I explained in a prior post:

There are also different standards of proof for constructive fraud claims.

Standard of Proof – Clear and Convincing and Preponderance

The two standards of proof in civil litigation are a preponderance of the evidence and clear and convincing proof. The New York Pattern Jury Instructions provide a straightforward and simple explanation of these respective standards of proof as follows:

[Clear and Convincing evidence] means evidence that satisfies you that there is a high degree of probability that there was (e.g., fraud, malice, mistake, a gift, a contract between the plaintiff and the deceased, incompetency, addiction), as I (have defined, will define) it for you.

The state and federal courts in New York have not provided clear guidance as to whether the clear and convincing standard that applies to claims of actual fraud also applies to claims of constructive fraud under the DCL. The case law in this regard was recently summarized concisely in Piccarreto v. Mura, 51 Misc.3d 1230(A) (NY Sup. Ct, Monroe Co. 2016), as follows:

However, New York appeal courts seem to require the higher standard in order to sustain claims in Section 273 and 273–a. Matter of U.S. Bancorp Equip. Fin., Inc. v. Rubashkin, 98 AD3d 1057, 1060 (2nd Dept.2012) (reversing judgment in plaintiff’s favor because the plaintiff “failed to establish, by clear and convincing evidence, … a fraudulent conveyance under either section 273 or section 275 of the Debtor and Creditor Law”); Farkas v. D’Oca, 305 A.D.2d 237, 237 (1st Dept.2003) (“The trial court properly dismissed the complaint upon the ground that plaintiff had failed to establish by clear and convincing evidence that the payments at issue … were fraudulent conveyances under either section 273 or section 273–a of the Debtor and Creditor Law.”). The conflict between these lines of cases remains unresolved. See Fannie Mae v. Olympia Mortgage Corp., No. 04–CV–4971, 2011 U.S. Dist. LEXIS 63669, 2011 WL 2414685, at 8 (EDNY. June 8, 2011) (noting, without resolving, the “dispute as to the appropriate standard of proof required to prove constructive fraud under § 273”). In the face of this unresolved judicial dispute, this court will apply the higher standard—clear and convincing evidence—to all of the plaintiff’s claims under the Debtor/Creditor Law.

Although state courts apply the clear and convincing standard to “constructive fraud” claims under the DCL, the New York Pattern Jury Instructions recommend a preponderance of the evidence standard for “negligent representation” claims (that also do not require actual intent to defraud):

As you have heard, the plaintiff AB seeks to recover the damages that (he, she, it) claims were caused by (his, her, its) reliance on incorrect statement(s) that were negligently made by the defendant CD. Specifically, AB claims [state plaintiff’s claim(s)]. CD denies [set forth elements of plaintiff’s claim(s) that defendant denies] and contends [state defendant’s contentions].

Where a person makes a statement that (he, she, it) knows or should know will be relied upon by another, that person is under a duty to the other person to take reasonable care that the statement is correct. Reasonable care means that degree of care that a reasonably prudent person would use under the same circumstances. When a person takes an action or makes a decision in reliance on an incorrect statement and the reliance was reasonable, that person is entitled to recover the damages (he, she, it) sustained as a result.

Even this is not settled, however, as there is case law support for applying the clear and convincing standard to negligent misrepresentation claims:

New DCL Article 10 on Standards for Pleading and Proof

The new Article 10 applies the “preponderance of the evidence” standard to all of the claims and defenses under new Article 10, even those that require intent to defraud as an element (under new DCL § 273(a)(1)). See new DCL §§ 273(c), 274(c) & 277(h), all specifying the preponderance of evidence standard. It does not, however, address the pleadings requirements. Courts will need to decide whether CPLR 3016(b)(“Where a cause of action or defense is based upon misrepresentation, fraud, mistake, wilful default, breach of trust or undue influence, the circumstances constituting the wrong shall be stated in detail.”) applies to a claim of intent to defraud under new DCL § 273(a)(1).