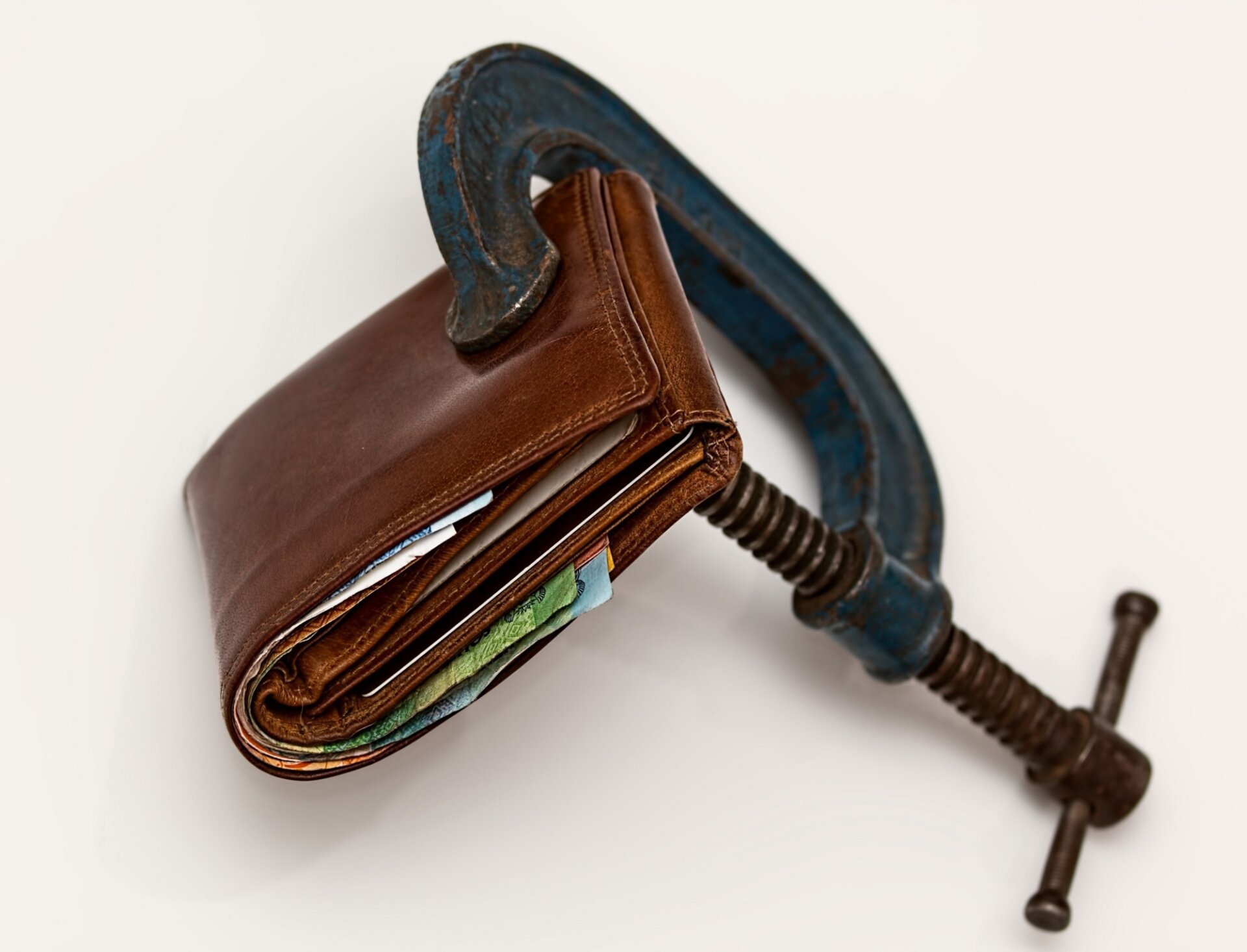 May 15, 2017Litigation & Dispute Resolution
Source: www.nyfraudclaims.comFederal Rule of Civil Procedure 9(b) (“In alleging fraud or mistake, a party must state with particularity the circumstances constituting fraud or mistake. Malice, intent, knowledge, and other conditions of a person's mind may be alleged generally.”) is the federal equivalent of New York CPLR 3016(b) (“Where a cause of action or defense is based upon misrepresentation, fraud, mistake, willful default, breach of trust or undue influence, the circumstances constituting the wrong shall be stated in detail.”). In Power UP Lending Group, Ltd v. Murphy, 16-cv-1454, NYLJ 1202784918714, at *1 (EDNY, Decided April 26, 2017), United States District Judge Arthur Spatt dismissed claims of fraudulent inducement because they failed to satisfy FRCP 9(b). The Allegations of Fraudulent Inducement As described by the Court, the complaint alleged that the Plaintiff, a merchant cash advance lender, issued a $150,000 loan (the "Loan") to the entity Defendant. The Loan was secured by a lien on Defendant’s future gross receipts and accounts receivable, which were to be collected in 168 daily installments. However, after making only 14 of the required payments, Defendant defaulted on the Loan. Plaintiff sought to allege fraud by claiming that Defendant's default was premeditated, and that Defendant never intended to repay the Loan. (This is a classically-weak and often rejected basis for fraud.) Apparently, the sole basis for this accusation was the close temporal proximity between the issuance of the Loan and Defendant's default — a period of approximately 14 days. Plaintiff further alleged that, in deciding to issue the Loan to Defendant, it relied on: (1) promises by the individual Defendants that the entity Defendant would repay the Loan; and (2) documents indicating that the entity Defendant had the financial capacity to do so. In this regard, the complaint alleged that the Defendants' promises were insincere; that their documents were materially false; and that both were intended to induce the Plaintiff to issue the Loan under false pretenses. (Note that an allegation that a party did not intend to abide by a contractual promise stands on far weaker ground than a misrepresentation of existing fact – the financial wherewithal to pay -- as the Court addressed in its decision, discussed below.) Motion to Dismiss Under FRCP 9(b) Defendant moved to dismiss the fraud claims, asserting that they did not satisfy FRCP 9(b). In addressing the procedural context of the motion, the Court noted: “‘Rule 9(b) does not explicitly provide for a dismissal motion’; and since the Defendants have already interposed answers; the Court construes this motion as one for judgment on the pleadings under [FRCP] 12(c).’” (After the pleadings are closed—but early enough not to delay trial—a party may move for judgment on the pleadings.) The Court first gave a short description of the elements for a fraudulent inducement claim: “To state a claim for fraudulent inducement under New York law, the Plaintiff must plausibly allege ‘(1) a material misrepresentation of a presently existing or past fact; (ii) an intent to deceive; (iii) reasonable reliance on the misrepresentation by [the Plaintiff]; and (iv) resulting damages.’ Johnson v. Nextel Communs., Inc., 660 F.3d 131, 143 (2d Cir. 2011).” Then, in explaining the requirements of FRCP 9(b), the Court observed:

Applying the Law to the Allegations The Court first addressed rather well the reoccurring scenario in which a plaintiff alleges that the defendant never intended to abide by contractual promises, and whether that is simply an inadequate attempt to dress up a breach of contract as a fraud. The Court did a nice job of reconciling and summarizing often confusing law in this regard:

Initially, the Court notes that the Defendants' alleged conduct in this case, taken as true, represents the fine line that exists between: (1) actionable misrepresentations of present facts; and (2) non-actionable promises reflecting an intent to perform in the future. See SoFi Classic S.A. de C.V. v. Hurowitz, 444 F. Supp. 2d 231, 245 (S.D.N.Y. 2006).

In this regard, to the extent that the Plaintiff's claim is premised on the Defendants' failure to keep their promise regarding repayment, there is a colorable argument that such conduct is not actionable in fraud, irrespective of whether the underlying allegations comply with Rule 9(b). See, e.g., Best Western Int'l v. CSI Int'l Corp., No. 94-cv-0360, 1994 U.S. Dist. LEXIS 11815, at *17-*18 (S.D.N.Y. Aug. 23, 1994) (no fraudulent inducement claim was stated where "the representations at issue concern[ed] nothing more than the ability and willingness to perform under the Agreement"; the court held that "the claim [was] nothing more than an attempt to dress up a breach of contract claim as a tort claim by introducing the issue of whether, at the time [the Defendant] entered into the Agreement, there was intent or ability to perform") (quoted favorably in Telecom Int'l Am., Ltd. v. AT&T Corp., 280 F.3d 175, 196 (2d Cir. 2001)); cf. Sudul v. Computing Outsourcing Servs., 868 F. Supp. 59, 62 (S.D.N.Y. 1994) (noting that "the addition only of an allegation that defendant never intended to perform precise promises spelled out in the contract between the parties" does not transform a claim for breach of contract claim into one for fraud).

In applying this law to the allegations in the complaint, the Court found that an adequate theory of fraud was alleged. The Court found it sufficient that the complaint alleged that, “‘at the time these promises were made,’ the Defendants ‘had a preconceived and undisclosed intention of not performing under the [Loan] Agreement [as evidenced by [Defendant's] near-immediate default], which constitutes [a] misrepresentation[] of current facts’ sufficient to sustain a fraud claim.”' This, when "taken with Plaintiff's related accusation that the Defendants also materially misrepresented [their] financial condition in order to procure the Loan under false pretenses," was enough for the Court to rule that the complaint was “appropriately based on allegedly false statements of ‘present facts’ regarding the Defendants' mindset that induced the Plaintiff's reliance, and is therefore actionable in fraud.” However, the Court nevertheless dismissed the complaint for failing to satisfy FRCP 9(b). Summing up its analysis of the facts as applied to the law, the Court ruled that “the complaint is bereft of any specific facts regarding what financial materials were provided to the Plaintiff and when; who prepared them; what factual information was contained in them; and how, if at all, that information was false or misleading as it related to the Plaintiff's decision to issue the Loan. In the Court's view, the Plaintiff cannot pass Rule 9(b) muster simply by asserting, without any factual detail, that the Defendants tricked them into giving the Loan by lying about their ability to repay it. Compare Sofi Classic S.A. de C.V., 444 F. Supp. 2d at 236-37, 245-46 (outlining specific statements concerning defendant corporation's financial condition which were sufficient to support a fraud claim), with Leung v. Law, 387 F. Supp. 2d 105, 115 (E.D.N.Y. 2005) (allegations of bank fraud failed to comply with Rule 9(b) where, although the complaint alleged that the defendants misrepresented their company's financial condition by "`provid[ing] false financial statements,' `false information' and `false financial reports,'" the plaintiff failed to "identif[y] the precise statements that he allege[d] were made fraudulently").” As to the allegation that Defendants did not have the present intent to abide by the contract, the Court ruled: “Nor does the complaint set forth any specific facts to support the conclusory allegation, cited above, that the Defendants did more than simply breach their promise to repay the Loan — that, instead, they harbored a preconceived and undisclosed intention to do so, thus constituting an actionable misrepresentation of then-present facts. Without any supporting detail, the Court finds that this is precisely the type of rank speculation and improvident charge of wrongdoing against which Rule 9(b) is meant to act as a safeguard. See O'Brien, 936 F.2d at 676.” Commentary The Court correctly recognized that while alleging that a party to a contract had a preconceived intent not to comply with the contract can form the basis of a fraud-based theory, the devil is indeed in the details. As with most of these cases, the plaintiff failed to allege the detailed, factual basis for such a theory, leading the Court to conclude that it was nothing more than “rank speculation.”
← Kevin Schlosser Authors, "New York’s High Court Has Little Appetite for Fraud Claim Against Chipotle Due to Lack of Pecuniary Damages"
Richard Fromewick Authors, "Annual Survey of Income and Expense (ASIE) Penalties in Nassau County" →