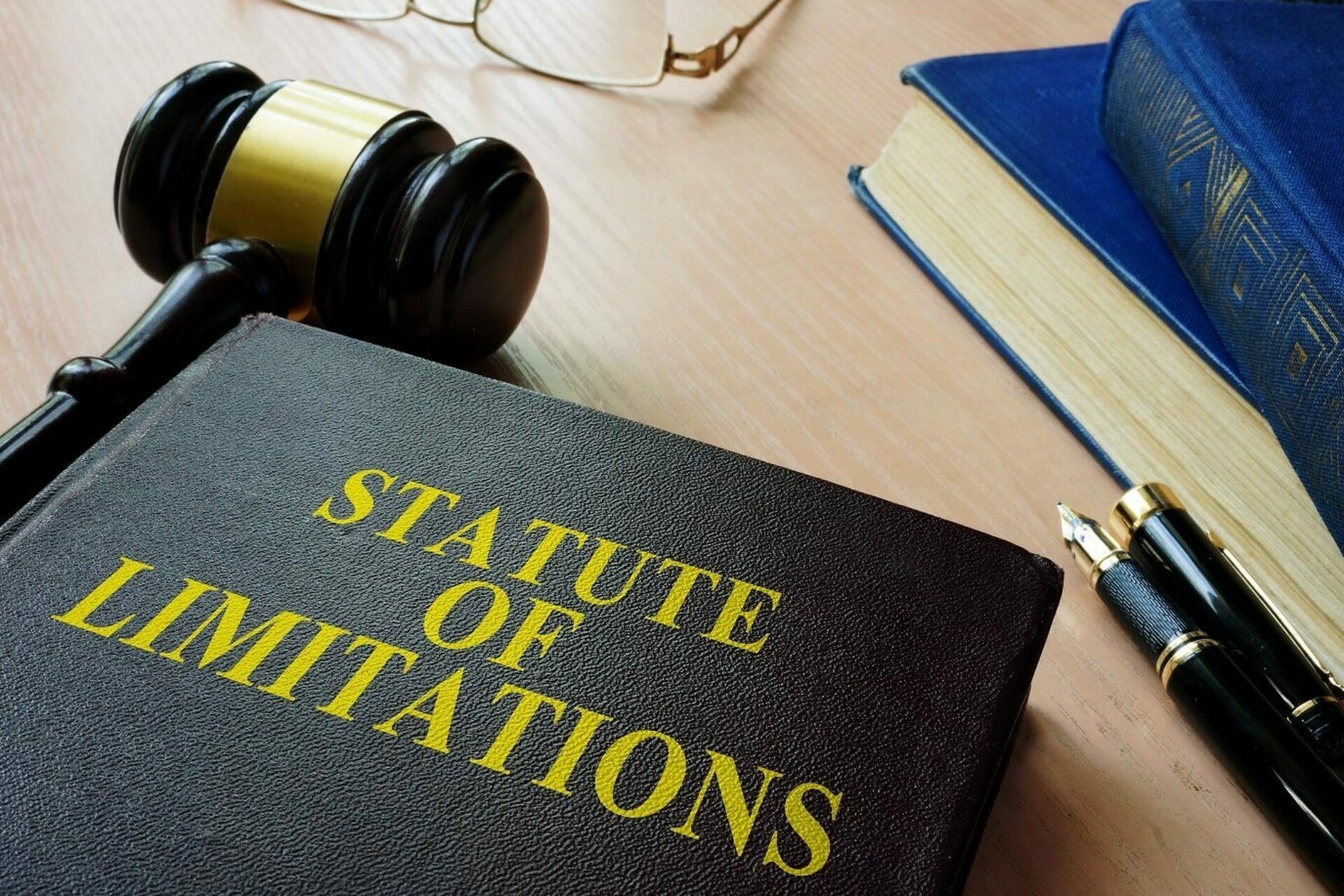 Kevin Schlosser Authors, "Accrual of Statute of Limitations for Fraud and the Continuing Wrong Doctrine"

Feb 12, 2020Litigation & Dispute Resolution
A new decision of the United States District Court for the Southern District of New York in Panos v. Universal Forest Products Inc., No. 18-CV-2066 (KMK), Jan. 27, 2020 (Karas, J.) addresses interesting issues involving when a fraud claim accrues and whether the statute of limitations can be extended based upon alleged continuing wrongs. In New York, CPLR 213(8) provides that for “an action based upon fraud[,]  the time within which the action must be commenced shall be the greater of six years from the date the cause of action accrued or two years from the time the plaintiff or the person under whom the plaintiff claims discovered the fraud, or could with reasonable diligence have discovered it.” See my post for more discussion of the statute of limitations and the differences in actual and constructive fraud claims. Many cases note that the claim for actual fraud “accrues” when the fraud is committed, see my post. If the plaintiff exchanges some consideration or otherwise parts with something of value at the same time that the misrepresentations upon which it relies are made, then it is straightforward that the fraud claim would accrue on the date when the fraud occurred. (Of course, the two-year extension also applies if the fraud was not and could not have been discovered with reasonable diligence until later.) But when the plaintiff does not actually suffer injury until sometime after the alleged misrepresentations were made to it, accrual of the limitations period may start only when the injury occurred. See NYC Tr. Auth. V. Eisen, PC, 276 A.D.2d 78 (1st Dep’t 2000)(“a cause of action for fraud cannot accrue until every element of the claim, including injury, can truthfully be alleged”). Panos Decision In Panos, plaintiff purchased an interest in certain companies involved in developing vineyard projects. He alleged that the individuals who induced him to invest in the projects falsely represented to him that they obtained and would obtain financing and other funding by lawful means, when in fact, these individuals were involved in a kick-back scheme designed to defraud the lender into disbursing HUD-backed funds by inflating the real costs and then taking a piece of the funds for themselves. Plaintiff alleged that the subcontractors who worked on the project and issued the charges falsified and inflated the requisitions upon which the funding was based, and then kicked-back a share of the proceeds. The individuals with whom plaintiff made the investment were ultimately prosecuted and convicted based upon this fraudulent scheme, and all of the projects into which plaintiff invested failed, thereby resulting in over a million dollars of losses for plaintiff. As is often the case when the active fraudsters become judgment-proof, plaintiff sued the subcontractors for aiding and abetting the fraud of the others with whom plaintiff invested his money. Defendants moved to dismiss the second amended complaint pursuant to FRCP 12(b)(6) based upon the statute of limitations. The Court dismissed certain of the claims as time-barred and sustained others. The Courts’ decision is a good resource and summary of case law involving the statute of limitations. The Court first set out the general statute of limitations standards:

Accrual of the Fraud Claim The Court then targeted in on when the fraud claim accrues, noting that it must be upon an injury being suffered:

The question there was whether the statute started to accrue when the plaintiff entered into the agreements to purchase an interest in the companies or when he invested his money as a result. The Court cited case law indicating that the claim accrues when the investments are made:

The Court then ruled that the aiding and abetting fraud claim accrued on the date of plaintiff’s final investment, i.e., the last payment he made, in reliance on the alleged misrepresentations. Continuing Wrong Doctrine The plaintiff tried to extend the period of limitations further to reach investments he made more than six years back by alleging that the continuing wrong doctrine applied. He alleged that all of his investments were made as part of an overall fraudulent scheme so the continuing harm that he sustained from the original misrepresentations encompassed the investments he made more than six years before he brought suit. The Court rejected this argument, ruling that simply because plaintiff continued to sustain damages from the original fraud did not serve to encompass the earlier investments he made within the statutory period:

… “it is irrelevant for purposes of the [s]tatute of [l]imitations that [P]laintiff [] continue[d] to be damaged as a result of th[e earlier] acts” by Defendants, id.[Rabouin v. Metro. Life Ins. Co., 699 N.Y.S.2d 655, 660 (Sup. Ct. 1999)] (citation omitted), because Plaintiff has not alleged any “wrongs committed within the applicable statute of limitations period,” Henry, 48 N.Y.S.3d at 70 (finding that “monthly billings . . . represent[ed] the consequences of . . . wrongful acts in the form of continuing damages, not the wrongs themselves”); see also Pike, 901 N.Y.S.2d 76 (finding that the plaintiffs did not have a claim under the continuing violation doctrine because they “d[id] not point to any specific wrong that occurred each time they paid a premium, other than having to pay it”); Selkirk, 671 N.Y.S.2d at 825 (determining that the claimants did not have a claim under the continuing violation doctrine because they “continued to suffer damages from the date of the . . . wrongful acts,” but no wrongful acts occurred in the limitations period). Conversely, in cases where courts have applied the continuing violation doctrine, the defendants have committed continuing wrongful acts within the statutory period. See Barash v. Estate of Sperlin, 706 N.Y.S.2d 439 (App. Div. 2000) (determining that continuing wrongs accrued each time that the defendants failed to give a proper percentage of collected income to the plaintiff);Butler v. Gibbons, 569 N.Y.S.2d 722 (App. Div. 1991) (applying the continuing violation doctrine when the defendant repeatedly failed to give property rental proceeds to the plaintiff because “a new cause of action accrued each time [the] defendant . . . kept the[ rents] to himself” (citation omitted)). Even if Plaintiff were to argue that VCH’s alleged omissions, (SAC ¶ 13), continued into the statutory period, the continuing violation doctrine would remain inapplicable. See Gonzales, 2013 WL 6978874, at *4 (“[A]t best[, the plaintiffs] allege a continuous omission. . . . [The] [p]laintiffs’ allegation merely reflects [the] [d]efendant’s ongoing failure to fix a past wrong . . . as opposed to [the] [d]efendant’s committing any new misdeeds.”); Seippel v. Jenkins & Gilchrist, P.C., 341 F. Supp. 2d 363, 376 (S.D.N.Y. 2004) (stating, in the context of a professional malpractice action, “our law cannot permit a limitations period to depend on a continuing omission that can go on for decades” (citation and quotation marks omitted))

Commentary Fraud claims have unique statute of limitations issues, including the extended two-year period offering victims of fraud a more generous period within which to sue. When injury occurs sometime after the fraudulent conduct is perpetrated, the statute could be extended even further. If the actual fraudulent acts continue, the statute can be extended during the continuing acts of fraud. But the statute will not be extended simply based upon continuing consequences of (or damage stemming from) the fraud. Moreover, a continuing “failure” to disclose the fraud will not be deemed to constitute the “continuing wrong” because that would result in extending the period indefinitely. Click here for Kevin Schlosser's Fraud Blog.
← Richard Fromewick Authors, "NASSAU TAX ASSESSMENT FILING EXTENDED"
Richard Fromewick Authors, "Nassau Real Estate Tax Changes" →