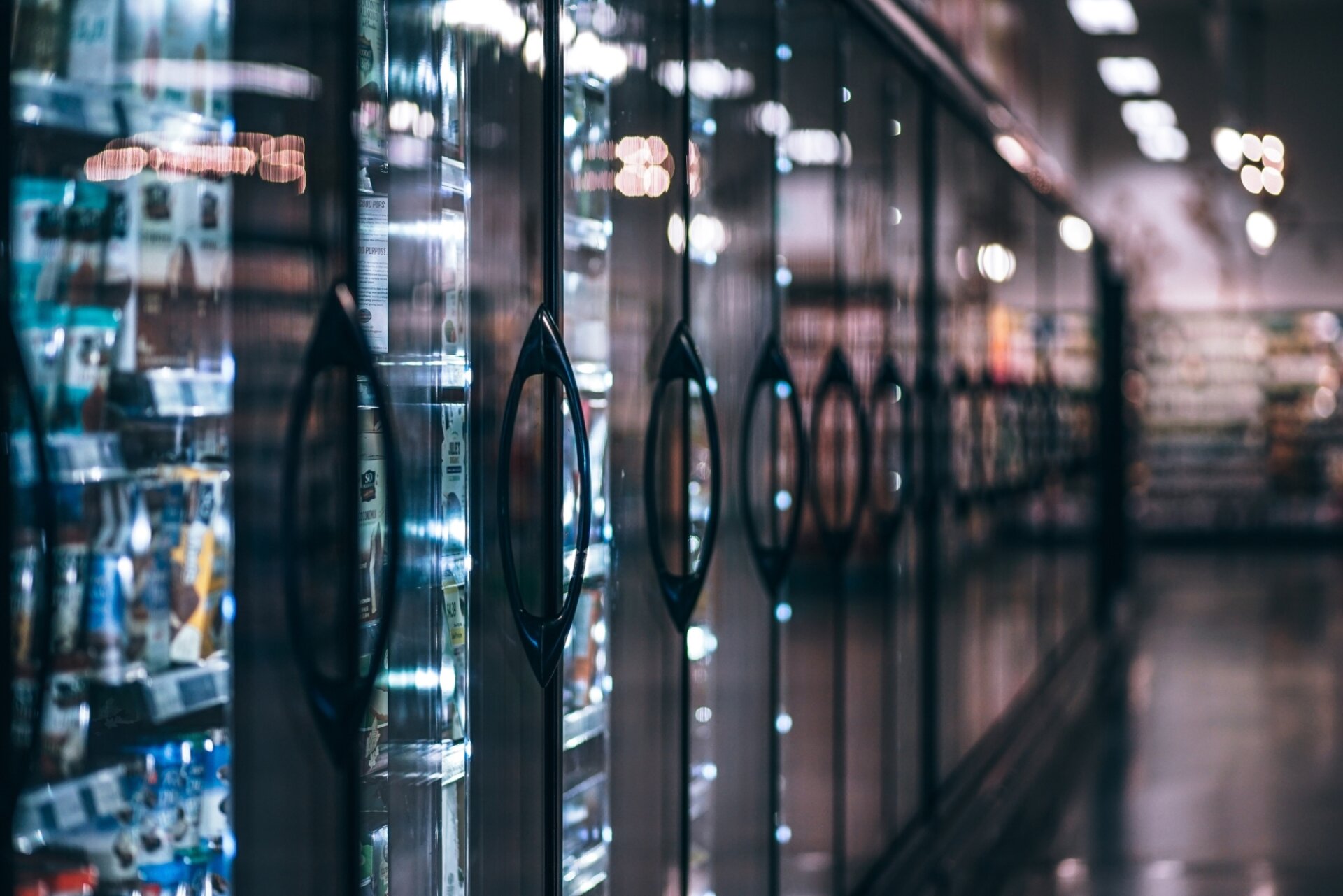 Sep 30, 2016Commercial LitigationLitigation & Dispute Resolution
Media Source: www.nyfraudclaims.com Even when parties are involved in documented shady dealings and sharp business practices, they can shield themselves from fraud claims with the use of strategic releases and contractual disclaimers. Courts are frequently willing to look the other way when sophisticated parties claim they were duped by misrepresentations where the parties have disavowed reliance upon the alleged fraudulent statements in express, written contractual provisions. A recent graphic example is the decision of the Federal Court in the Southern District of New York in O.F.I. Imports Inc. v. General Electric Capital Corp., 15-CV-7231, NYLJ 1202768822850, at *1 (SDNY, Decided September 26, 2016). In connection with a $21 million asset purchase deal, the plaintiff alleged that GE Capital misled it into paying $5.64 million more than the purchased assets were really worth. The Court dismissed the amended complaint at the pleadings stage based upon a release and disclaimers that the plaintiff had signed in connection with the deal. The case involved plaintiff’s purchase of frozen food and other assets originally owned by Contessa Premium Foods, Inc. ("Contessa"). At the time of the transaction, Contessa was in the process of liquidating through an "assignment for the benefit of creditors." GE Capital was Contessa's primary secured creditor and "wholly in control of the liquidation and ultimate disposition of Contessa's assets." Plaintiff, GE Capital, and Contessa's liquidator, Development Specialists, Inc. ("DSI"), negotiated the sale of Contessa's assets over the course of several weeks. DSI and plaintiff entered in to an asset purchase agreement ("APA") pursuant to which plaintiff agreed to pay approximately $21 million for Contessa's remaining inventories, accounts receivable, and other assets. Two days later, GE Capital and plaintiff entered into a credit agreement ("Credit Agreement") pursuant to which GE Capital provided plaintiff with a revolving credit facility intended, in part, to finance the Contessa purchase. Plaintiff alleged that GE Capital made statements in emails during the negotiations regarding the value of the assets and that the purchase price would be adjusted post-closing. These were the statements that plaintiff alleged were false and misleading, which caused it to agree to an excessive purchase price. The Court, however, was not persuaded, given the express contractual provisions that plaintiff had agreed to. Although the emails referenced "post-closing adjustments" and an "appropriate purchase price adjustment [mechanism]," neither the APA (between plaintiff and DSI) nor the Credit Agreement (between plaintiff and GE Capital) included such provisions. On the contrary, the APA provided that the sale to plaintiff was on an "'as-is, where-is'" basis and "without representation or warranty of any kind." The APA further provided a disclaimer by the seller of any warranties regarding the "nature, quality…or condition of the Purchased Assets" and included an acknowledgment by plaintiff that it was “relying solely on its own investigation and not on any information provided or to be provided by any other Party…[and] that no independent investigation or verification has been or will be made by [DSI] with respect to any information supplied by [DSI] concerning the Purchased Assets … it being intended by the parties that [plaintiff] shall verify the accuracy and completeness of such information itself.” Similarly, the Credit Agreement included a broad release between plaintiff and GE Capital and did not mention "post-closing adjustments" nor any mechanism to adjust the purchase price. The release contained in the Credit Agreement applied to "any and all claims … at law or in equity in respect of all prior discussions and understandings, oral or written, relating to the subject matter of [the Credit Agreement] and the other Loan Documents." The Credit Agreement also included a "merger clause" providing that it "embod[ies] the entire agreement of the parties." It was only after the closing of the asset purchase that plaintiff did an audit and "physical due diligence review and analysis of the Contessa assets" from which plaintiff uncovered substantial discrepancies between the inventory and accounts receivables figures reported in the purchase price analysis and detail reports provided by DSI and GE Capital, and the actual value of the Contessa assets. After uncovering these alleged discrepancies, plaintiff insisted that GE Capital make a "post-closing adjustment" to the price, but GE Capital refused. Plaintiff then sued for fraud and other claims. In moving to dismiss the case, GE Capital argued that the broad release contained in the Credit Agreement precluded the lawsuit. Plaintiff argued that the release was inapplicable because it was the product of a "separate fraud" -- GE Capital's false promise to make post-closing price adjustments. The Court did not, however, buy plaintiff’s argument that there was a separate fraud that rendered the release void.

“New York law permits a party to release unknown claims, including unknown fraud claims, so long as the release is intentional and fairly made. See Centro Empresarial Cempresa S.A. v. Am. Movil, S.A.B. de C.V., 17 N.Y.3d 269, 276 (2011). If a defendant establishes that a release applies to a plaintiff's claims, the burden shifts to plaintiff to "'show that there has been fraud, duress or some other fact which will be sufficient to void the release.'" Id. (quoting Fleming v. Ponziani, 24 N.Y.2d 105, 111 (1969)). This exception, known as the "separate fraud" exception, necessarily follows from the rule that a release of claims must be intentional and fairly made. New York courts construe this exception narrowly, however, to avoid "convert[ing] [a release] into a starting point for litigation except under circumstances and under rules which would render any other result a grave injustice."

The Court then found that “GE Capital's alleged promise to make a post-closing purchase price adjustment is not a fraud ‘separate from the subject of the release.’” Rather, the Court ruled: “The Credit Agreement release applies to ‘any and all claims’ ‘relating to the subject matter of [the Credit Agreement]’” and that the APA was part of the "subject matter" of the Credit Agreement. If that was not bad enough for the plaintiff, the Court further nailed the coffin shut by holding that even “assuming that GE Capital's promise was a ‘separate fraud,’ [plaintiff] has not plausibly pled the elements of a claim for fraudulent inducement.” While plaintiff alleged five fraud causes of action, including fraudulent misrepresentation, negligent misrepresentation, actual fraud, fraudulent inducement, and constructive fraud, each of these causes of action required reasonable reliance as a necessary element. The Court had little trouble finding that plaintiff’s argument that it reasonably relied on the allegedly inaccurate inventory reports and purchase price analysis provided by GE Capital was “foreclosed by the specific disclaimer of reliance in the APA, in which [plaintiff] agreed that it was relying ‘solely on its own investigation and not any information provided or to be provided by any other Party.’” Finally, the Court rejected plaintiff’s argument that the "peculiar knowledge" exception (“when a party takes reasonable steps to verify its counterparty's statements but is unable to do so because the underlying information is impractically expensive to obtain or solely within the control of the counterparty”) applied because “a sophisticated entity engaging in a significant transaction may not rely on the peculiar knowledge exception when it could have bargained for contractual protection but chose not to do so.” Lessons: No matter how shady the dealings may be, powerful contractual language can serve to bar later fraud claims attempted to be asserted by sophisticated parties. If you rely on statements or promises, GET IT IN WRITING. And don’t disclaim your reliance. Care should be taken by transactional lawyers to incorporate into the transactional agreements the information relied upon to enter into those agreements.
← Kevin Schlosser Authors, "Claims of Fraudulent Inducement of Employment Opportunities Dismissed"
Kevin Schlosser Authors, "Intentional Breach of Contract is Not Actionable Fraud" →