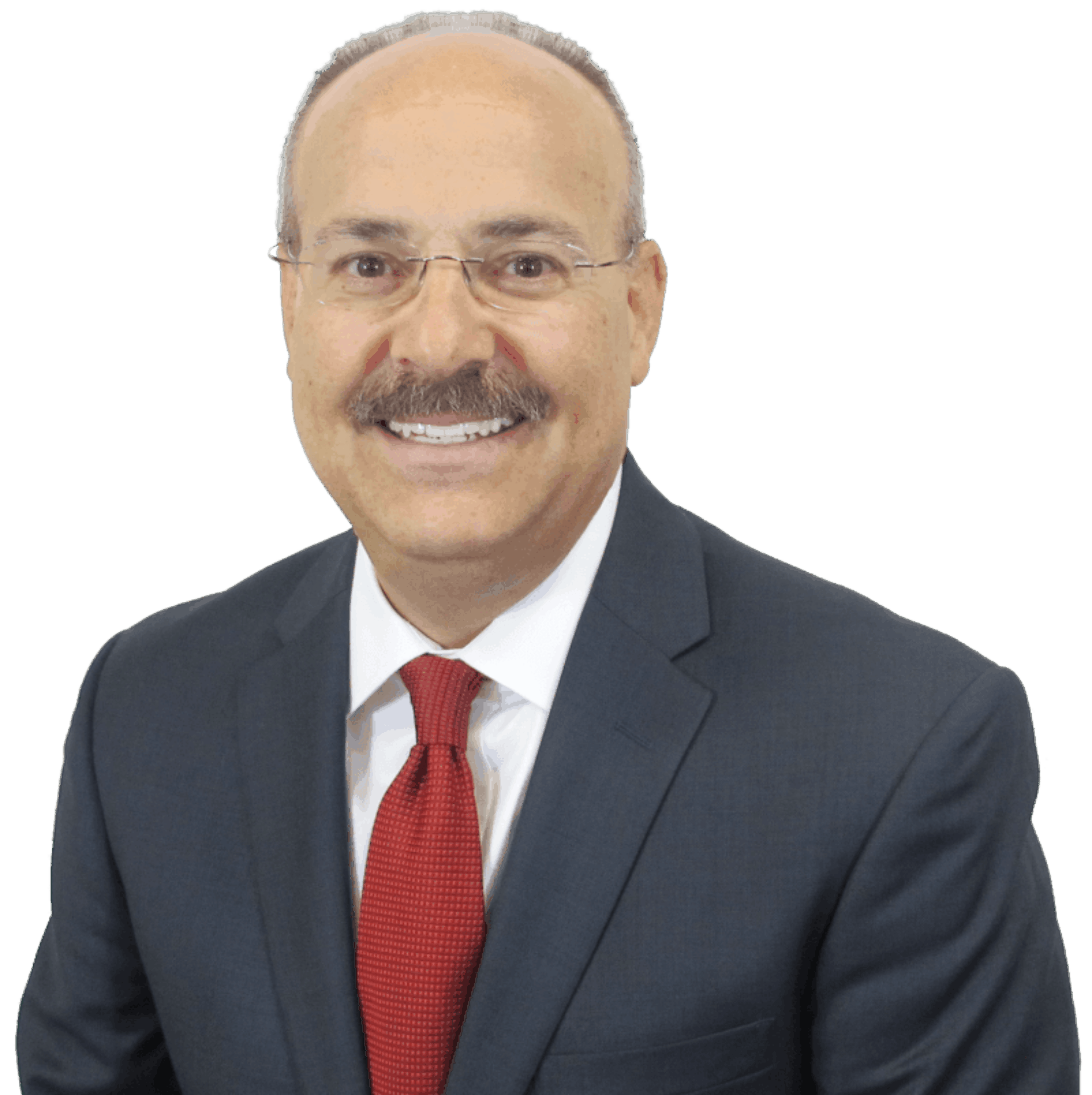 Kevin Schlosser is a partner and the Chair of the Litigation and Dispute Resolution Department at Meyer, Suozzi, English & Klein, P.C. located in Garden City, Long Island, N.Y. Mr. Schlosser has been involved in all aspects of state and federal litigation since starting his legal career in 1984. An experienced civil litigator, Mr. Schlosser has engineered the legal strategy for a broad range of cases and arbitrations, including complex commercial matters, corporate and partnership disputes, business torts, fraud, breach of fiduciary duty, breach of contract, business valuations, employment and restrictive covenants, intellectual property, trademarks, copyrights, unfair competition, false and misleading advertising, trade secrets, professional liability and malpractice claims, construction law and mechanics liens, real estate, commercial landlord-tenant disputes, ERISA, health law, Federal Fair Debt Collection Practices Act class actions, products liability, insurance coverage, claims and defense, including disability insurance claims, and the prosecution and defense of other tort-related claims. His clients consist of some of the largest companies in the world, as well as local businesses and individuals, including senior law partners, accountants, doctors and others in the professions. A proven appellate lawyer, he is also an accomplished trial attorney, whose victories include million-dollar recoveries and a record-breaking jury verdict.

Mr. Schlosser also serves as a private neutral arbitrator and party-appointed arbitrator in complex commercial disputes. He is a member of the Commercial Panel of the National Roster of Arbitrators of the American Arbitration Association, and approved to serve as an arbitrator on any AAA-designated arbitrations. As a panel arbitrator, Mr. Schlosser has presided over arbitrations of a complex international multi-million dollar contractual dispute as well as partnership, shareholder, employment and contractual disputes. Mr. Schlosser also serves as a Mediator, Court-Appointed Referee and as a “Private Judge” pursuant to the CPLR. For more on Meyer Suozzi’s roster of Private Judges, click here.

In addition to his litigation experience, Mr. Schlosser also acts as general outside corporate counsel, advising corporate clients on the full spectrum of legal affairs. Because of his experience in the Commercial Division of the Supreme Court of the State of New York since its inception, Mr. Schlosser is frequently tapped to serve as local Long Island counsel to many other law firms in New York City and out of state, including in Nassau and Suffolk Counties.

Won a $12.6 million judgment in a jury trial in the Commercial Division, Nassau County, in a breach of contract case involving a stock purchase agreement

Appeared as litigation counsel to the National Football League and obtained the immediate vacatur of an injunction through an order of the Appellate Division in Long Island, thereby permitting the NFL to pursue its policy of mandatory drug testing of professional football player

In a jury trial in the United States District Court for the Eastern District of New York, obtained a verdict entirely rejecting claim for nearly $14 million in alleged lost profits in an international breach of contract case, breaking down plaintiff’s financial experts through vigorous cross-examination

Has appeared as lead counsel in copyright, trademark, Lanham Act, contract and antitrust cases throughout the country, including in United States District Courts in California, Hawaii, Illinois, Michigan, New York, Oklahoma and Wisconsin

Successfully defended a $65 million shareholder derivative action alleging breach of fiduciary duties and corporate waste against the former president of a public bank, resulting in the entire action against the president being dismissed with no monetary payment from the president and his counsel fees being reimbursed in their entirety by the bank

Successfully defended a $25 million action alleging several counts of fraud, breach of contract and business torts against the largest casino operator in the world

Obtained summary judgment dismissing case and prevailed on appeal to the New York Appellate Division, First Department, and Court of Appeals in an action alleging damages of over $20 million, asserting intentional interference with contract and interference with business relations against largest casino operator in the world

Prevailed on appeal to the New York Appellate Division, Second Department, to sustain claim of punitive damages in a commercial fraud and breach of fiduciary duty action

Obtained injunctive relief on behalf of product manufacturer/seller in United States District Court for the Eastern District of New York barring competitors from selling competing, offending product, and prevailed after trial in challenge to the injunction

Obtained final judgment against large manufacturer’s competitor and former employee under restrictive covenants and non-disclosure agreements based upon claims of misappropriation of trade secrets and breach of contract in Commercial Division, Nassau County

Obtained highest jury award on record for damages in an action for nuisance and interference with real property rights on behalf of property owners in the Supreme Court, Suffolk County

Obtained jury verdict in Supreme Court, Nassau County, on behalf of international distributor-commercial tenant on the ground of constructive eviction even though tenant continued to remain in the leased premises for lengthy period of time, in which jury awarded tenant significant monetary damages against the landlord and relieved the tenant of any further obligation for rent on remaining lease term after the tenant moved to new space

Spearheaded as general outside counsel to an international manufacturer (the largest of its kind in the world) the favorable settlement of a $25 million products liability action after several rounds of mediation, successfully resolving complex insurance coverage issues and coordinating three outside defense firms in the defense of the manufacturer

Recovered, by way of judgment and settlements, millions of dollars on behalf of disabled professionals and other employees under private and ERISA disability insurance policies

Mr. Schlosser serves in various teaching capacities: He is a member of the faculty of the National Institute for Trial Advocacy; has chaired the Continuing Legal Education Program on New York Civil Motion Practice at Hofstra Law School; and is a member of the Continuing Legal Education faculty panel of the New York State Bar Association and the Nassau County Bar Association Academy of Law, where he instructs experienced practicing attorneys. He has given CLE seminars and presentations with some of the most prominent judges in the state and federal courts, including Supreme Court Commercial Division Justices Timothy S. Driscoll, Vito M. DeStefano, Stephen Bucaria, Emily Pines, Elizabeth Hazlitt Emerson, Jerry Garguilo, James Hudson, Saliann Scarpulla and Thomas Whelan, Appellate Division Justices Leonard Austin, Karla Moskowitz, Barbara Kapnick and federal judiciary such as U.S. District Court Judges Shira Scheindlin, Richard J. Sullivan and Nicholas G. Garaufis and Magistrate Judges Arlene R. Lindsay, William Wall, and the late Magistrate Judge A. Kathleen Tomlinson. Many of Mr. Schlosser’s activities can be viewed in detail by clicking on the relevant links to the left. Click here to view details from meetings of Nassau County Bar Association’s Commercial Litigation Committee, which Mr. Schlosser chaired from 2013-2015. In 2016, Mr. Schlosser served as the President of the Theodore Roosevelt American Inn of Court. Mr. Schlosser is also an active member of the Commercial Division Committee of the Suffolk County Bar Association.

Mr. Schlosser has written extensively on many aspects of the law, publishing numerous articles over thirty years in leading legal publications. He has authored the “Litigation Review” column for the New York Law Journal and served on the Board of Editors of the Nassau Lawyer, which is the official publication of the Nassau County Bar Association. Many of Mr. Schlosser’s articles can be viewed by clicking on the “Publications” link to the left. He is also the author of a well-recognized blog, www.nyfraudclaims.com, which covers new developments concerning claims of fraud and misrepresentation under New York law.

Active in charitable organizations, Mr. Schlosser received the 2003 Leadership Award presented by the Long Island Chapter of the National Multiple Sclerosis Society. He has also served as a faculty member of the Construction Management Institute, sponsored by the New York State Chapter of the National Association of Minority Contractors, helping minority-owned contractors enhance their developing businesses.

During law school, Mr. Schlosser was a Member and then Articles Editor of the Hofstra Law Review. In his capacity as Articles Editor, Mr. Schlosser interacted with and edited articles of some of the most prominent and well-respected legal scholars, including law professors, evidence experts and Congressional leaders. He also clerked for the Honorable George C. Pratt, United States Circuit Court Judge, where he drafted several court decisions, including a complex antitrust ruling. He also obtained valuable trial experience while clerking in the Criminal Division of the United States Attorney’s Office for the Eastern District of New York, where he assisted in the prosecution of several major felony cases. Mr. Schlosser graduated law school with the highest honors. Additionally, he was a founding officer of a national criminal justice honor society at John Jay College of Criminal Justice of the City University of New York. At the outset of his career, Mr. Schlosser acquired intensive litigation experience, having been trained at two prominent firms based in New York City: Patterson, Belknap, Webb & Tyler, and Chadbourne & Parke. In 1990, he became associated with one of Long Island’s largest law firms, where he rose to the level of a managing partner and head of its litigation department, the largest practice group in the firm. After joining Meyer, Suozzi and becoming a partner in 2002, Mr. Schlosser was appointed Co-Chair of the firm’s Litigation Department in November 2002. In 2006, Mr. Schlosser became Chair of the firm’s Litigation and Dispute Resolution Department and has held that position through the present. He is also a member of the firm’s Management Committee. Mr. Schlosser is rated “AV Preeminent” by Martindale-Hubbell, the highest level in professional excellence and ethics. Mr. Schlosser was recognized by Long Island Pulse Magazine in 2010 and 2011 as the region’s “Top Legal Eagle for Litigation.” Mr. Schlosser has been named to the New York Super Lawyers list as one of the top attorneys in New York from 2012-2022.